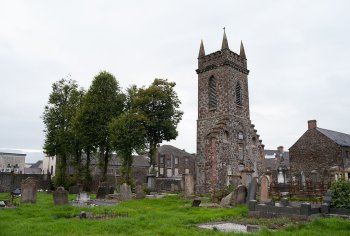 Northern Ireland's equalities practices are furthering the harmful narrative that the country is made up of two communities and restricting citizens' ability to decide their own religious identities, says Roy Fisher.

Northern Ireland's polarising history stretches back long before the Troubles. And the conflict of that era undoubtedly delayed any diversification of Northern Irish citizens' religious and ethnic identities. It made the idea that everyone belonged to one of 'two communities' – Catholic and Protestant – particularly salient politically and religiously, and it made NI an unwelcoming destination for inward migration.

But now, over twenty years on from the Good Friday Agreement, our workplaces and neighbourhoods are increasingly diverse places. When the UK government introduced the Fair Employment and Treatment Order (FETO) in 1998 there was a primary need to afford 'equality of opportunity' to Catholics, whose underrepresentation in the workforce was one of the catalysts for the NI civil rights movement and subsequent Troubles. This has been successful, but it's past time that equality recognises plurality; NI is not two homogeneous communities.

FETO tasks the authority responsible, the Equality Commission for Northern Ireland (ECNI), with monitoring for employment discrimination "on the ground of religious belief or political opinion". However, in practice employees are asked to disclose their religious 'community background', as a proxy for both religious belief and political opinion. The ECNI states: "The community background of an individual refers to whether that individual has been treated as belonging to the Protestant community or the Roman Catholic community in Northern Ireland".

This means non-religious people who were brought to church as a child, or were sent to religiously segregated schools, should affirm "I am a member of the Protestant (or Roman Catholic) community", and then the state will treat them as members of that religious community. There is a third option, which oddly asks people to affirm membership of something undefined, while denouncing the only two communities referred to - "I am a member of neither the Protestant nor Roman Catholic community".

If we select 'neither' or we don't complete the monitoring form, the employer is advised to apply 'the residuary method'. This allows the religious community to be determined based on the employee's name, address, schools attended, sports played, or other known information on which a perception of religious background could be made. I authored an MRes thesis focused on this, and as one workplace 'equality monitoring officer' told me, "it is easier to change the tablets of stone than it is to change your community background".

Previously the Fair Employment Agency, and now the ECNI, have been successful in what they set out to do. And a recent ECNI report on employment monitoring suggests the representation of Catholics in the monitored workforce is now almost equal to that of Protestants, with 44.4% and 46.4% respectively. The remaining 9.2% of the monitored workforce is classified as 'non-determined'.

Demographics have always been relevant for the state to consider. The first prime minister of Northern Ireland, James Craig, boasted of "a Protestant parliament for a Protestant state". So as the gap between Protestants and Catholics has closed, it is unsurprising that they are of prominence currently. However, now the proportions of these groups are inflated by sectarian perceptions about people who have removed themselves from religion. The ECNI monitoring report spawned the Belfast Telegraph headline: "Catholics to be majority of NI workforce for the first time in 2020, new figures suggest". However, in this 'majority' Catholics will not hold more than 50% of jobs. It will only be a majority of the [monitored] workforce when compared only to Protestants.

I am an atheist, and it's not a particularly important part of my identity. What is important to me is the institutional sectarianism that wants us to affirm that we are present-tense members of separate religious communities. Given the language in FETO, the state is interpreting that I have Protestant beliefs and unionist opinions because my parents brought me to a Church of Ireland, and sent me to 'controlled schools'. These state schools are perceived as Protestant. According to recently published statistics, they have 70% Protestant pupils).

This all defines Northern Ireland in terms of two separate communities, with a minority who have not been determined to belong to one of them (yet). Lived experience doesn't show this divide. The 'communities' that I live, walk my dog, work and socialise in are accessible to people of any religion or none.

The interpretation of NI census data on religion is similar. The census assumes a religion, asking "What religion, religious denomination or body do you belong to?", but since the 1991 census the last listed tick-box option is 'none'. The following census in 2001 introduced an additional question only for people who select 'none': "What religion, religious denomination or body were you brought up in?".

The Northern Ireland Statistics and Research Agency (NISRA), which conducts the census, uses the answers from both questions to produce the census output category 'religion or religion brought up in'. It replaces the self-identity of the non-religious respondents with their 'background religion'. The religion questions are optional, and for the 2011 census 6.8% of the total population were categorised as 'religion not stated' in the 'religion' output. This is normal practice, and NI's refusal rate is the lowest of the three UK censuses. What is unusual is the post-census imputation of 'background religion' for people who lawfully chose not to answer the 'religion' and/or 'religion brought up in' questions.

The 2011 census brought the following results for 'religion' and 'religion or religion brought up in' respectively:

So it was widely reported last year that the next census could find a 'Catholic majority'. In a BBC NI story, '"Catholic majority possible" in NI by 2021', the census statistics reported were 'religion or religion brought up in' (the output that treats me as a Protestant). This was not made explicit to the reader. This is fairly common in NI and this story travelled much further, with outlets such as The Irish News, Belfast Telegraph, The Scotsman, iNews and others all reporting the 48% Protestant, 45% Catholic breakdown.

This tells the reader that only seven per cent of NI is not Protestant or Catholic, while on census day 2011 10.1% told the NISRA they were not religious, 0.8% identified a non-Christian denomination and 6.8% didn't answer. You may have noticed the category in the results above is not 'Protestant', as reported in the media, but 'Protestant and other Christian (incl Christian related)'. Labelling statistics accurately is a necessity, and in this case it's important because this category is inflated by vague write-in answers like church, Christian, independent, interdenominational and non denominational, as well as minority Christians like Orthodox, Mormon or Jehovah's Witness. This category even includes people who state they are "mixed Protestant/Catholic"; thus if you're not a full Catholic you're interpreted as a Protestant.

The BBC story links religion, by which it actually means community background, to constitutional change, while adding the caveat that "you cannot necessarily equate being a Catholic with supporting a united Ireland". However, both it and the Belfast Telegraph story referred to above neglect the impact of migration on these statistics. When a newcomer citizen applies for a job they too are asked to identify a community background, and the 2011 census reported that 4.6% of the total NI population were perceived or actual Catholics who were born elsewhere, while 2.9% of the total population were perceived or actual Protestants/Christians who were born elsewhere. The 'Catholic majority' could be slowed by Brexit, with EU nationals leaving and restrictions on new entrants.

Treating citizens as members of religious communities when they are not is at odds with the Council of Europe Framework Convention for the Protection of National Minorities (FCNM). It guarantees that we "have the right freely to choose to be treated or not to be treated as such". The FCNM Advisory Committee said it considers equality monitoring treating us by perception "impinges on the right to free self-identification of the persons concerned as guaranteed by Article 3(1) of the Framework Convention".

The 'community background' statistics are a mess of conflations and imputations. They concretise indigenous religious identity as though it were an ethnicity and envelop Christians from anywhere in the world. If political parties in NI "condemn all forms of sectarianism" as they claim, why is secularism being undermined? Why is the ability to self-identify being thwarted by an inherited 'faith'?

Roy Fisher campaigns for the right to free self-identification of religious identity in Northern Ireland. The views expressed in our blogs are those of the author and do not necessarily represent the views of the NSS. 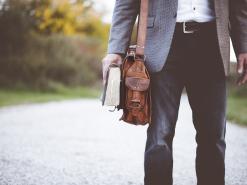 Despite the hyperbole, the decision in the Ashers Baker case is both reasonable and straightforward, opening the door neither to a denigration of religious freedom or equality laws. Had the case gone the...

Why the Ashers Bakery 'gay cake' ruling was reasonable

A new study of what people mean when they say they are "religious" or "spiritual" has been published by the Oxford University Press (Believing in Belonging: Belief and social identity in the modern world...