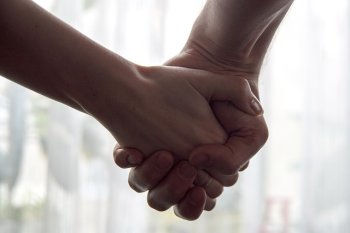 After a father threatens the government with legal action over a requirement to teach about LGBT people in independent schools, Alastair Lichten argues the focus should remain on protecting pupils' rights.

In light of systemic failure and an inspectorate willing to hold them to account, some advocates of independent Jewish faith schools want to change the school standards and shift the conversation onto alleged biases. There have been a string of articles, protests and 'community leaders' demanding meetings with the Department for Education and the prime minister's faith advisor. For example, in November Rabbi Mordechai Rose – affiliated to Chinuch UK, a group which works to oppose secular oversight of Jewish Orthodox schools – published his own tirade saying the independent standards threatens Jewish schools' "purity" and detailing the failings he was upset at Ofsted for noticing.

The latest example – reported in Jewish News – is a letter from lawyers representing activist Shraga Stern who alleges that teaching about all protected characteristics and providing sex education amounts to indoctrination and violates his human rights. That Mr Stern is so unreasonable that he can't apparently see a difference in promoting respect for people with different characteristics and promoting homosexuality, doesn't mean that competent courts can't, haven't or won't. Parents' rights to secure an education consistent with their religious beliefs are not absolute and are balanced against society's duty to safeguard children's independent rights. Schools with a religious designation have the legal right to maintain their faith ethos. However, despite Mr Stern's fervent wishes, this doesn't mean they can ignore school standards "whenever" they have a religious objection.

In the letter, Mr Stern's lawyers claim that "many members of the community would rather choose to leave the United Kingdom" if the school standards were not watered down. The arrogance of religious demagogues claiming to speak for an entire community isn't the only thing that should worry us about this. It shows a dangerous escalation in rhetoric. Just as both Islamists and anti-Muslim bigots seek to present Muslims as a separate irreconcilable group in society and to profit over this division, groups like Chinuch UK and Mr Stern want the Jewish community to feel threatened and driven apart so they can act as gatekeepers and demand greater concessions. Other tactics borrowed from the textbook of Islamists and anti-Muslim bigots are the attempt to target moderates for not being unreasonable enough and to set themselves up as the true voice of the community.

One problem in the government's position that the letter does expose – though not in the way its authors think – is that tying the promotion of respect for those with different lifestyles and beliefs into the counter extremism strategy has been problematic. When a 'school' seeks to shield pupils from knowledge – whether that's of the age of the world, human sexuality or other beliefs – and to prepare them only for life in a narrow religious community, the government should take an interest. Society shouldn't need to see a child as a potential extremist to see them as a victim of such 'education'.

The litany of failures within independent faith schools should shock anyone who cares about children's rights. We reported on several dozen examples last year. As I said in December, the descriptions of censorship, narrow curricula, misinformation, unqualified teachers, inequity, incompetence and isolationism will be all too familiar to those who follow this subject.

The DfE won't be very worried about any of the legal claims in the letter; its interpretation of the standards and case law is grasping at strawmen and Ofsted already has good legal advice and precedent on side. The real risk is political, that the constant unreasonable criticism and fear of being called biased will persuade the DfE to make (and pressure Ofsted to make) concessions. This is the weaponisation of unreasonableness.

An example from politics shows how corrosive this is and how such a strategy can be used to undermine the checks and balances which should hold institutions to account. Five years before the Collins English Dictionary made "Fake news" its word of the year, an American presidential candidate with an affinity for conspiracy theories was causing fact checkers a bit of a headache. In 2012 the Associated Press introduced a 'Michele Bachmann fact check quota'. The AP worried that if they pointed out every little lie from Mrs Bachmann they would "overload" their coverage, meaning they could look obsessive and biased as if they had a vendetta against the congresswoman. Jim Drinkard who oversaw the AP's fact-checking explained that this quota wasn't "numerical". One assumes they simply showed a bit of flexibility, let the truth bend and only point out a 'balanced' selection of the worst whoppers.

Four years ago Ofsted's efforts to make special accommodations for faith schools had put them in a bind. Inspectors were advised to see "restricted" art and music lessons as normal, to turn a blind eye to gender segregation and to conform to Islamic and Jewish modesty codes. A narrow academic focus had allowed faith schools with serious failings to be well rated. The longer this went on, the harder it was to get back on track.

If, as has been suggested by David Landau, chairman of Chinuch UK, Ofsted were to return to showing "a little bit more understanding" (read: let breaches of the standards slide) or have faith schools "penalised less harshly by the inspectorate if they chose not to discuss LGBT issues because of their religious ethos", this – not holding independent schools to consistent standards – would introduce bias into inspections. If Ofsted starts overlooking the odd redacted text book or censored exam or letting the occasional complete failure to prepare pupils for life in modern Britain go, in the interests of appearing 'reasonable', those who have weaponised unreasonableness will not reciprocate. They will keep demanding concessions until they have completely rid their schools of any oversight and they are free to entirely disregard the independent rights of the children who attend.

Today Jewish News reported that Chinuch UK has set up a working group to scrutinised Ofsted inspectors, including a "helpline" for schools to call during inspections. It's worrying to see extreme divisive rhetoric such as "an ongoing war between religious Jews and the national inspectorate" being normalised. I fear this will lead to more religious bulling of public servants just trying to perform their duties equally. We are already seeing hostility towards inspectors and pupils being instructed not to engage.

As expected the constant drumbeat of calls for special treatment and special exemptions is being dressed up as efforts to "promote greater awareness and sensitivity". Chinuch UK is seeking meetings with Ofsted to "explore solutions to problems" they are the ones creating. Every Ofsted inspection report explores solutions to problems. If certain schools steadfastly refuse to address these problems it's hardly the inspectorate's fault.