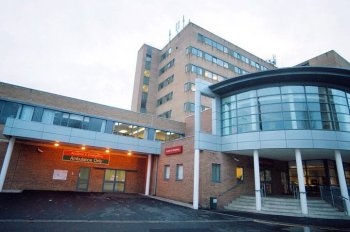 Most NHS hospital trusts provide a hospital chaplaincy service. Traditionally, this role has been restricted to religious applicants, yet it has been increasingly recognised that the role of a healthcare chaplain does not require a particular belief, but a certain skill-set. This set of skills must include a willingness and ability to 'walk with the patient' and to signpost to religious or belief communities where explicitly requested. A chaplain should be a non-judgemental supportive 'friend' and crutch for those most in need, irrespective of belief.

It is encouraging to see NHS chaplaincy slowly evolving into a service that recognises the needs of all patients, sometimes staff, for pastoral support. Yet this one NHS profession is still wholly reserved for applicants who belong to or are sponsored by a faith or belief community. The arrival over the past couple of years, in a handful of hospitals, of paid NHS chaplains with a humanist belief system is a progressive development that nevertheless papers over the cracks in a discriminatory service.

When most of the population claimed to belong to the Church of England, it may have seemed appropriate to restrict chaplaincy applicants to those approved by the Church of England. As the population has diversified, so has the composition of local chaplaincy teams. The issue, though, is not about a delicate balancing act of denomination-specific chaplains trying to cater to everyone's personal beliefs. This rather misses the point as well as being unachievable.

NHS appointments should no more be predicated on the candidate's belief than on gender or skin colour. Belief is not neutral; some mainstream religions still struggle with accepting homosexuality or abortion for example. Patients, particularly those struggling with severe illness or their mortality, should not have to second guess the reaction of the person appointed by their local NHS to provide pastoral care to them.

The status quo denies opportunities to suitable applicants and undermines the trust of many patients that the chaplain will be suitably non-judgemental and supportive. For example, in 2015, hospital chaplain Jeremy Pemberton was stripped by the bishop of his licence to preach in his home diocese because he married his long-term male partner. He was thereby denied a promotion to an NHS job within his diocese, and has subsequently lost challenges against the decision at an employment tribunal and the Court of Appeal. What message does that send to local gay patients?

The main obstacle to non-discriminatory chaplaincy services seems to be a confusing conflation of religiosity with pastoral care. If some people feel so strongly that the religious element of chaplaincy is intrinsic to the role, there is nothing to stop them from encouraging and financially supporting their religious communities in providing denominational chaplains outwith the NHS budget to serve the particular needs and wishes of their religious community. There is no reason why our NHS should fund such a discriminatory service. Upwards of £30m annually is no drop in the ocean.

Twenty-first century chaplaincy has a way to go to keep up with the times. Adding a succession of belief-specific chaplains is not equality but tokenism.

This article was amended from a letter published in the British Medical Journal in response to the article 'Chaplaincy for the 21st century, for people of all religions and none', by Richard Hurley, in the same publication.