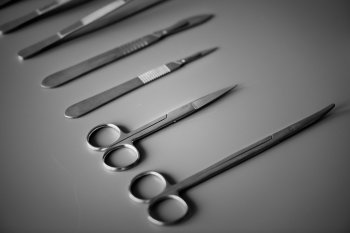 International legal conventions and agreements have drawn increasing consensus worldwide on what constitutes safer and more equal societies: societies in which legislation does not intrinsically favour men or women, boys or girls; in which children's rights are recognised and respected; and in which adults are allowed to make their own autonomous decisions.

This week, two events in different parts of the world have put this received wisdom to the test. Specifically, these two events have combined to open a window onto the inconsistencies in current thinking about ritual genital cutting worldwide, about gender discrimination and about the primacy of autonomy of the individual over their own body.

In Denmark this week there was a blow to proposed gender-neutral legislation seeking to offer legal protection to boys, girls and intersex children at risk from medically unnecessary genital surgery. The proposed bill would allow adults the right to choose cosmetic genital surgery for themselves once they were 18.

Campaigners from Intact Denmark are still hopeful of rallying enough support to pass the bill. But some Danish politicians are evidently fearful that respect for autonomy might permit some (female) adults to choose to undergo what most people would regard as a mutilating procedure. They are worried about the unintended consequence of legalising 'female circumcision', more commonly known as female genital mutilation (FGM).

Meanwhile in a court case in the USA, the 1996 anti-FGM federal legislation was rejected by a judge in the state of Michigan on the grounds that the legislation itself was unconstitutional. The apparently perverse outcome of this was that the case against two medical practitioners alleged to have performed FGM on nine girls was thrown out of court, causing widespread dismay.

Currently, most forced genital cutting legislation world-wide (passed in 30 nations to date) focuses only on FGM or forced genital cutting of females (FGC/F - UN nomenclature); this is the case in the UK, in Denmark and the USA. With gender-neutral wording, the proposed Danish legislation seeks to be consistent with Article 24(1) of the International Covenant on Civil and Political Rights (ICCPR):

Every child shall have, without any discrimination as to race, colour, sex, language, religion, national or social origin, property or birth, the right to such measures of protection as are required by his status as a minor, on the part of his family, society and the state.

The proposed Danish bill recognises the increasing evidence that boys and intersex children also suffer harm and some die from surgery to their genitals that they did not choose and from which they were too young to protect themselves. In other words it is not only girls who are at risk from the wide variety of genital cutting of children. In the UK in 2016, the then president of the family division of the High Court of England and Wales, Sir James Munby, commented along similar lines, saying some forms of FGM are less invasive than what is commonly known as male circumcision, describing all under the umbrella of 'significant harm' as defined by the Children Act (1989).

The 2003 Danish penal code currently prohibits women, even as adults, from choosing FGM surgery. This is analogous to the UK 2003 FGM legislation which also prohibits any form of FGM, consensual or otherwise, on (female) children or adults. Nevertheless, some operations which do involve the cutting of the adult female genitalia with consent and for no therapeutic reason are still permitted. For example, labiaplasty – surgery to reduce the size of the labia – is permitted the UK. This is consistent with autonomy and with other forms of cosmetic surgery but would appear to conflict with anti-FGM legislation.

The Michigan judge who threw out the FGM case stated that: "Congress overstepped its bounds by legislating to prohibit FGM... FGM is a 'local criminal activity' which, in keeping with long-standing tradition and our federal system of government, is for the states to regulate, not Congress." As such this judgement does not now legalise FGM in the USA; it was just not felt to be the correct legal tool for the job.

Notably, though, in rejecting the 1996 anti-FGM legislation, the judge also quoted from Article 24(1) of the ICCPR. He did so to demonstrate the inconsistency of attempts to claim that the FGM legislation was consistent with the ICCPR by preventing discrimination when in fact it is a wholly discriminatory female-only piece of legislation.

The US case, then ongoing, was discussed in some detail at the National Secular Society's recent Healthcare and Secularism conference by the medical ethicist Brian Earp. Brian superbly highlighted in his talk how "the distinction between males and females in the law was facing a collision course."

So, on the one hand, the unintended consequence of protecting all children from forced genital cutting and allowing adults autonomy is that some adult women might choose a dangerous procedure for themselves. If they reject this legislation, Danish politicians will allow male children and intersex children to be forcibly cut without legal protection. On the other hand, the unintended consequence of a female-only law in the USA is that it clearly fails the test of gender discrimination and has allowed FGM practitioners to walk free.

There is a solution to this confusing muddle; but many find it unpalatable because it involves the recognition that ritual male circumcision, even when done by Jews and by Muslims, and even when done in sterile environments to minimise the harms, is intrinsically a violation of a child's basic human rights to choose for themselves what is right for their own body. If children's rights are to be protected then international covenants such as the ICCPR should be used as they were intended to ensure that all children have equal rights and equal protections. By extension this protects the adults they will become. Equally, if there is consensus that people should be protected from themselves from making really harmful decisions such as cosmetic genital surgery then there is every reason to ensure that laws are gender-neutral.

There is nothing wrong with the Danish bill, it just seems that way to some politicians because of current distorted thinking around genital cutting. This week has highlighted more than ever the need for all forms of genital cutting to be considered in the round and the need to adopt a consistent application of human rights principles for everybody, regardless of gender.

Please note: This blog was updated on Friday 23 November to reflect the fact that campaigners remain hopeful of passing the legislation in Denmark.