Religious freedom isn't a licence to violate others’ rights 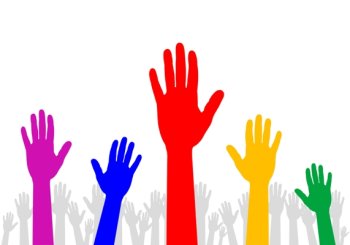 Increasing clashes between religious orthodoxy and secular liberalism highlight one of the most pressing challenges facing contemporary societies; how to manage the incredible religious and cultural diversity that exist within them. This throws up important and controversial questions of freedom of conscience – and its limits.

Last week, Jewish, Muslim and even some Christian leaders united in condemning Iceland's proposed ban non-therapeutic male circumcision as an "attack on religious freedom". The UK Government, too, has been accused of 'attacking religious freedom' recently, for a range of initiatives – from making sex education compulsory, to seeking to regulate supplementary schools, and even for introducing an opt-out system of organ donation.

Too often, debates around religious freedom are framed solely by those who only really care about their own. Those narrowly focused on maximizing their own freedoms can sometimes be so blinkered as to fail to recognise and consider how their right to manifest their beliefs tramples on the right of others. In this way, the demand for religious freedom to be respected is often little more than a demand for religious privilege – for the state to turn a blind eye to the violation of other's rights and freedoms when done in the name of religion. Secularism demands state neutrality towards different beliefs, but there's an obvious and compelling reason for the state to intervene when manifestations of belief cause harm.

The real value of the secularist worldview is its consideration of everyone's rights and freedoms, including the most vulnerable – and its recognition of the need to balance competing rights so as to achieve freedom and fairness for all.

Take the recent debate over male ritual circumcision. This is the surgical removal of the foreskin from the penis of a baby boy for religious and cultural reasons. In Judaism, it marks the covenant between God and Abraham – effectively making this irreversible body alteration a stamp of religious identity. Some people try to justify this practice by citing 'health benefits', but no national medical, paediatric, surgical or urological society in the world recommends routine circumcision of boys as a health intervention. And as with all surgery, there is a risk – botched circumcisions in the UK have resulted in serious injury and even death. Given that we're also taking about the removal of erogenous tissue, the loss of penile sensitivity (sexual pleasure) should also be considered enough of a harm to justify a change in the law.

The primary justification advocates of genital cutting give for allowing it to continue is one of religious freedom. But what about the rights of the child? Why should parental freedoms override a child's right to religious freedom and bodily integrity?

A similar debate is taking place across Europe about the religious slaughter of animals. The question here is: do the dietary preferences of Muslims and Jews justify an exemption from animal welfare laws that require pre-stunning so as to minimise pain, suffering and distress to farm animals? Or, when it comes to the treatment of animals, should there be one law for all?

Religious groups will point to the importance of maintaining 'traditions', but the argument from tradition really isn't an argument at all. It's the absence of an argument. Besides, religions have become adept at evolving over the centuries to reflect changing social attitudes and secular morality. This is evidenced by Jews increasingly choosing not to circumcise their sons and to hold a naming ceremony instead. Only those of a fundamentalist mindset will regard a harmful religious practice as "non-negotiable" – and religious fundamentalists shouldn't be dictating public policy.

Sometimes, the onus needs to be on religious communities to find a way of fitting in with the secular law of the land – and not on the state to accommodate every religious demand. Toleration is a two-way street. Yes, let's live and let live, but within limits. So when a religious accommodation would impede the rights of others, undermine legitimate public policy efforts or create an excessive financial burden, the state has every right to refuse.

The rhetoric of religious freedom is increasingly being used to justify religion running amok in the public square. Religious freedom should allow individuals to live out and practice their religion or belief in peace. It is not, however, a license to abuse, discriminate, indoctrinate, silence criticism, control the bodies and lives of others, cause unnecessary harm to animals or limit children's possibilities though the denial of knowledge.

Religious liberty is too important to leave to zealots to defend. Moderates of all faiths and none must make the case, too. True religious freedom means everyone enjoys freedom of conscience. This is the concept of religious freedom that the state should defend.