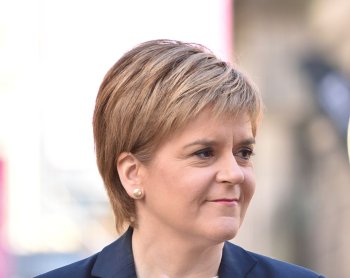 Catholic schools are no remedy for a society facing ingrained sectarian division, writes Neil Barber. In praising them Scotland's first minister has shown a willingness to sacrifice social cohesion to reach a block vote.

Often referred to as "Scotland's shame", there is an ingrained sectarianism in Scottish society. Historically there were many west coast Protestant Scots that moved to Northern Ireland, and the religious and cultural divides of that country's history still colour the tribalism of rival football teams in Scotland's cities today. Hateful songs and chants invoking historical sectarian enmity are commonplace. In the 19th century there was a large influx of Catholic Irish immigrants. Such was the extent of discrimination against them from Protestants that the 1918 Education Act allowed for Catholic schools funded by the tax payer.

One hundred years later, first minister Nicola Sturgeon has praised Catholic schools as being "good for Scotland". Could it be that Ms Sturgeon, who seems a decent and capable politician, is concerned with the first rule of political life: don't alienate any sort of block vote? On 3 March, she will deliver the annual Cardinal Winning lecture. Has she forgotten Winning's belief that homosexuality was "perverted"? I respect Ms Sturgeon's concern to be first minister for all Scots but she must tread carefully when lending the gravitas of her position to such an event.

Catholic schools in Scotland were borne of division and while the discrimination Catholics endured at the time was loathsome, is that any reason to continue to enshrine these fortresses of religious exclusivity?

Today, fewer than 50% of Scots identify with any sort of religion. Christianity is therefore the religion of a minority and the figure plunges further when it comes to young people. It is one thing for parents to teach their own religious beliefs to their children but another for a tax-funded school to do so. Is it so hard for the religious to recruit from fellow adults?

Defenders of this educational apartheid often cite figures to claim Catholic schools are "better schools". This evidence is disputed, but even if it were to be true, how would that work? There surely can be no causal link between belief in a supernatural being and high scores in physics exams. Could it be that any institution dominated by a monolithic ideology is going to focus minds? Might this ethos not be equally realisable through music, art or sport? More likely there is a self-fulfilling prophecy at work here: parents for whom education is important will, on hearing the slightest rumour that one school is better than another, move heaven and earth to get their child into the school which is perceived to be better.

The Catholic Church is not famed for being in the vanguard of liberalism, or indeed for its transparency, when it comes to the many allegations of child abuse within its institutions. When does a school funded by the taxpayer have to take heed of the mores of the society it serves? And what sort of pastoral care might kids expect in religious schools? "Please Sir I think I may be gay…" "Please Miss, I really need to talk to someone about contraception and STDs…"

Having witnessed bitter sectarianism himself, the then first minister of Northern Ireland Peter Robinson said in 2011: "We cannot hope to move beyond our present community divisions while our young people are educated separately". Surely we must give his experience some credence?

In England the UK Government is likely to remove the obligation on tax funded religious schools to accept at least 50% of their young people from different parental backgrounds. And just this week there have been more unpleasant stories about secretive unregulated schools and the ideologies they promote.

In Scotland the problem goes beyond Catholic schools. There is an illusion that non-Catholic schools are "non-denominational". But these schools are regularly serviced by Church of Scotland ministers to fulfil the statutory requirement on all schools to have 'religious observance'. Every council education committee in Scotland has three or four unelected 'religious representatives' which must include all competing denominations of Christianity. These religious nominees have more than once used their powers to further their own divisive agendas, for example by vetoing joint campus schools or voting against sex and relationship classes.

Can we not have a school system where all children are educated and play together regardless of the religious choices of their parents? Most counter-intuitively of all, religious leaders often claim there is no evidence that faith schools create adult sectarianism. Surely 16 years of them-and-us schooling at an age where youngsters are looking for identity and will readily accept tribal membership is going to be a large contributing factor?

The evidence is singing at us from the football terraces.