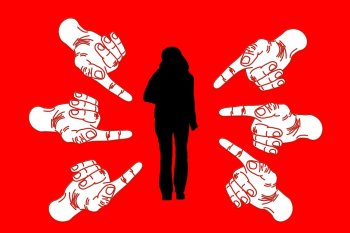 No sooner had Sara Khan been appointed the new Commissioner for Countering Extremism than the reactionaries were howling their disapproval. Baroness Warsi played the role of ringleader of the tormentors. Accusing Khan of being a "mouthpiece for the Home Office", she divisively peddled the corrosive grievance narrative that has driven such a deep a wedge between many British Muslims and the state.

Khan has made clear her willingness to engage with anyone interested in building a Britain that defends diversity without sacrificing our shared values, fundamental freedoms and human rights. Those unwilling to engage are likely to be part of the problem, not the solution.

But religious hardliners have every right to feel emboldened just now. They're on a roll.

Take the case of St Stephen's school in Newham. When the leaders of this primary school called on the government to take a firm stand on hijabs and fasting among young Muslim children in classrooms it faced a tsunami of pressure to recant. Within days its policy of prohibiting the hijab for girls under eight was reversed and its chair of governors resigned, fearing for the safety of the school's staff. Community 'leaders', driven on by Islamists masquerading as civil libertarians, are now agitating for school's head to go. Never mind that this school has delivered outstanding outcomes for its students. The message is clear; dare to stand up to fundamentalism and we'll come for you.

Then consider the case of Mary Hassell, the London coroner facing furious calls for her dismissal for failing to "adequately respect" Jewish and Muslim burial preferences. Some Jews and Muslims believe the dead should be buried as soon as possible, preferably on the day of death. But when a death is referred to the coroner, that obviously complicates matters.

If a family's wish for an expedited service can be granted without disadvantaging anybody else, or creating an unreasonable burden on the state, then fine. But Ms Hassell has argued that repeated calls and emails demanding preferential treatment has made her officers feel bullied and persecuted, and that other important work has been delayed as a result. She now faces disciplinary action for not meeting the demands of religious communities by upholding the principle of equal treatment for all people in her jurisdiction.

As religious groups have demanded her removal, the mayor of London, Labour and Conservative MPs and the mayor of Tower Hamlets have lined up to condemn her. A justice minister said he recognised that "there are some sensitivities around this issue" and he would be willing to meet "representatives" to discuss it.

A coroner is a judicial office holder, appointed by a local council to deliver a public service. Why should any group of people have the right to demand to be prioritised over others? The idea that religion is a trump card that automatically exempts you from the rules and procedures that everyone else follows is dangerous.

But relentless religious bullying has weakened our resolve and so many people now seem to buy into the idea that as a society we must tiptoe around religious sensitivities and accommodate religious preferences.

The slaughter of animals without prior stunning is an unnecessarily cruel practice that would be unlawful if not for a religious exemption from animal welfare laws. But the religious bullies scored another victory this week when councillors in Lancashire backtracked on their democratic decision to stop supplying un-stunned meat to its schools following a furious backlash from the Lancashire Council of Mosques. Never mind that around 80% of halal meat in the UK is pre-stunned and is acceptable to many Muslims. Beaten into submission by the hysterical reaction whipped up by reactionary clerics, the Council took the path of least resistance and caved in.

Every victory emboldens the religious fanatics who don't know the meaning of compromise and insist everything must be on their terms.

So emboldened are they, that Jewish Orthodox representatives marched into the Department for Education this week and told the schools minister there will be "no compromise" with requirements to teach children about gender and sexuality.

You might have expected the Government to put a word in for the children. Under the UN Convention on the Rights of the Child, to which the UK is a signatory, governments have a responsibility to take all available measures to make sure children's rights are respected, protected and fulfilled. This includes the "freedom to seek, receive and impart information and ideas of all kinds".

But according to reports the minister responsible for faith schools "appeared very sympathetic to the concerns expressed" and "agreed that it made no sense to expect Orthodox schools to teach concepts totally beyond the comprehension of children raised in a protected religious environment, without access to social media".

This is incredible, if true. An education minister siding with religious fundamentalists at children's expense. But it wouldn't be the first time. When the National Secular Society exposed the practice of a Jewish school censoring references to human reproduction and evolution on exam papers, the then education minister Liz Truss respected "their need to do this in view of their religious beliefs". Years of inaction over unregistered and illegal faith schools highlights the reluctance to protect children's rights in fear of upsetting religious hardliners.

Right across the world, principles of secularism are under threat like never before. The UK is not immune. We all have a duty to defend freedom and fairness from the religious fanatics that know nothing of compromise and tolerance.

Too often, those brave enough to put their head above the parapet are left isolated and exposed. Abandoned by those unprepared to stand up to oppression when it masquerades as religion. This has to change.

It isn't about "leading a state offensive on religious freedom" as the fundamentalists claim. Secularism is a fierce and principled defender of religious liberty. Secularism is rightly recognised as an important principle by moderates of all faiths and none. This is about ensuring religion isn't allowed to run amok in the public realm, demand special treatment and act as if superior to the law of the land.

Secularism needs a Spartacus moment. As the late Christopher Hitchens put it: "Sincere believers have a common interest with unbelievers in resisting all forms of clerical and sectarian bullying". Appeasing fanatics will only store up more trouble for the future. It will not buy you a quiet life. Bullies need to be confronted, not placated.