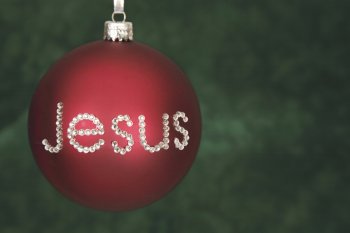 Some Christians use the Christmas period to attack secularism for its challenge to their sense of entitlement. But Stephen Evans says the faithful have far more to fear from religious fanatics than secularists.

Buying a copy of the Christmas edition of the Radio Times, and marking a little star next to the shows we wanted to watch, was always a bit of a tradition in our house when I was a kid.

Now, with my own family, I decided this year to reinstate the tradition. But my experience was somewhat soured when I flicked through only to find the print equivalent of Thought for the Day – with not one, but three Thought for the Day regulars offering their Christmas thoughts.

The Bishop of Leeds, Nick Baines, used his column to defend the BBC Today programme's discriminatory slot. He applauded the BBC for being "unique" in silencing the news for a while so that someone can offer a religious perspective.

Six days a week, the Today programme offers a range of contributors a chance to share their different perspectives on the issues of the day. But it's only during Thought for Day that everyone else is expected to shut up, listen and not challenge or ask questions.

It's this sense of entitlement and privilege that secularists seek to challenge, rather than faith itself.

In the Radio Times, the bishop suggests that some people dislike Thought for the Day because they dislike religion – and I wouldn't argue with that. But the bit that bothered me was his contention that "others assume that there is some neutral space from which anyone with a religious worldview should be excluded". This is the bishop attacking a straw man version of secularism.

Secular neutrality doesn't mean people of faith have to remain silent about the religious basis of their convictions. As the bishop knows full well, all it requires is that their viewpoints are not privileged or given any weight because they're religious. Secularists want a level playing field between those who are religious and those who are not. That's all. People with a religious worldview aren't excluded from the secular sphere, they're just there on equal terms as everyone else.

So, for example, if we had a secular House of Lords, bishop Nick Baines could still serve there, but if he did he would be there on merit and not 'as of right' – a situation he currently enjoys on the basis of him being an Anglican bishop.

It's fair to say that the Church of England is struggling in the free marketplace of ideas right now. Its social attitudes are out of step with the population and the denomination is split over matters of sex and sexuality. It also faces a series of allegations and investigations concerning sexual abuse. Anglican pews are emptying fast. In the past 20 years, average Sunday attendance has plummeted to 780,000 and is going down by a rate of about 20,000 a year. The former Archbishop of Canterbury Lord Carey (who is in a spot of bother himself) has warned that the Church is "one generation away from extinction".

But the Church isn't about to disappear. For all its faults it still provides a sense of community to some and gives valuable comfort and support to many people facing difficult times. Its night shelters, food banks and hot dinners to the lonely or homeless on Christmas Day will be appreciated up and down the country. But secular groups of people of all faiths and none also engage in social action and similar charitable work. The Church is far from unique in this respect and the good work it does doesn't justify its privileged status.

But with its influence waning, the Church is keen to preserve its privileges – not least its seats in parliament which give it unlimited access to legislators and significant political power.

Perhaps, though, the nation's indifference to Christianity is most acutely felt by the Church at Christmas time. People may show up at the Christmas eve service to sing a few carols, but the British Christmas has become a largely secular affair, with its initial pagan aspects celebrated every bit as much as the religious ones.

And for all the talk of the secular 'war on Christmas', secularists aren't the ones standing in the way of anyone celebrating Christmas. In India, right-wing Hindu nationalists are the ones threatening to obstruct seasonal festivities. Plan a Christmas party in Saudi Arabia and you can expect a visit from the authorities, whilst celebrating the birth of baby Jesus in Brunei can land you up to five years in jail. Meanwhile, in Indonesia 90,000 police officers are being deployed to protect festive celebrations from militant attacks. Closer to home, British boxer Amir Khan received a barrage of abuse and even death threats from joyless Islamists for putting up a Christmas tree.

Writing in the Yorkshire Post last week, an Anglican vicar descended into competitive victimhood when he complained about no one "messing with Ramadan, Diwali or Hanukkah" and appeared to equate his difficulty in finding religious themed Christmas cards with the persecution faced by Christians in the Middle East. But the UK's drift away from Christianity has been freely chosen, not imposed. Likewise, secularists' attempt to keep the power of the state separate from the ecclesiastical world is not an attack on faith. It's simply a recognition that we are no longer living in medieval times and the time has come to recognise everyone's religious freedoms – including the right to freedom from religion.

So Christians should spare some good will for secularism this winterval. Secularism poses no threat to Christmas; religious fanaticism does. Don't forget, the only ban on Christmas we've seen in Britain is was in the 17th century when Christian puritans outlawed it. Secularists don't want to take away anyone's faith; they want to remove religion's political power and privilege. People of all faiths and none can get behind that. Indeed, in wishing to "render unto Caesar the things that are Caesar's, and unto God the things that are God's", secularism's message might well be one that would resonate with Jesus if he were here today.