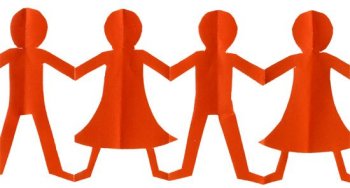 Richard Scorer reflects on three weeks of damning evidence at the Independent Inquiry into Child Sexual Abuse. He says mandatory reporting of institutional abuse is necessary to prevent churches from covering it up to protect their reputation.

For the past three weeks the Independent Inquiry into Child Sexual Abuse (IICSA) has been hearing evidence about the sexual abuse of children at two leading Catholic schools, Ampleforth and Downside, and the monasteries associated with them. These institutions are run by the English Benedictine Congregation, a Catholic monastic order. Over many decades the schools and the monasteries have been implicated in sexual abuse scandals leading to criminal convictions of monks and teachers. Since 2001, when the Catholic Church announced what it claimed were sweeping reforms to child protection, the Church's mantra has been that bad things happened in the past, but safeguarding is much better now. So what have we learned from the hearings about child protection in the Catholic Church today?

Before coming to that question I want to pay tribute to my clients and the other brave survivors who gave evidence in these hearings. IICSA is a statutory inquiry: those giving evidence do so in a public forum and their evidence is broadcast over the inquiry's live web stream. Survivors have the benefit of anonymity, and so cannot be publicly identified, but have still had to talk about their abuse in the most intimate and distressing detail in front of banks of lawyers representing the very institutions where these events occurred. Their courage and dignity has been deeply humbling.

The outlines of the scandals at Ampleforth and Downside have been known for some time- I summarised them here. However, what has been revealed in these hearings has been far more shocking than what was previously in the public domain. For me the most striking impression is the chasm between the spiritual veneer of the Benedictine institutions and their underlying reality. Amongst the things we heard in the inquiry were that:

The Benedictines are one case study within IICSA's Catholic investigation. A later hearing will examine the Archdiocese of Birmingham. The Benedictines are an insular and socially elite monastic order. So far as their attitude to child protection is concerned the evidence of these hearings seems incontrovertible: they are just as bad as they always were. Given the recent announcement by the Charities Commission that safeguarding is now to be treated as a priority in charity governance, the recent hearings beg serious questions about whether Benedictine institutions merit continued charitable status. To the extent that the Benedictine monasteries have a future- the average age of monks at Downside is now 70, and novices are few and far between- that issue will need to be considered.

A definitive answer on the wider Catholic Church will have to await later hearings, but the omens are poor. There are deep seated cultural reasons why the Catholic Church has so many abuse scandals: its preferencing of external reputation over the protection of children; the belief that ordination makes priests superior to laity; reliance on canon law and the absolute seal of the confessional; a patriarchal power structure; mandatory celibacy; and so on. Although the Church had changed some of its internal procedures, none of these underlying issues have been addressed.

Some of the witnesses at the hearings have been involved in safeguarding at the highest levels in the Catholic Church, and their evidence was damning. The former Head of Safeguarding for the Clifton Diocese told the inquiry: "The Catholic Church's PR machine likes to point out that it has these policies and procedures in place, but in many cases, individual Bishops and clergy (although not all) resist those policies. I experienced many times when I would explain a policy had been agreed by Bishop's conference only to be told that Bishops had not read those policies or did not agree with them."

Adrian Child, a former director of safeguarding for the Catholic Church, spoke of the gap between rhetoric and reality in Church pronouncements: "Since 2006... and possibly even before, the statement from the church hierarchy has always been that the needs of victims and survivors are upfront and it is a priority for the church to establish sensitive and just responses to them. Now, this is within their gift. If it's been a priority for -- since 2006 and possibly before, it strikes me that, how come in 11 years they have not managed to achieve that? I think the …original statements must be rhetorical."

The main lesson of all this is hopefully now obvious, and was alluded to by Mr Child in his evidence: the temptation to cover up abuse which seems to permeate the whole Catholic Church can only be tackled through reform of the law. Failure to report abuse to statutory authorities is currently not a crime, so the temptation to cover up abuse currently gives rise to a "moral hazard". Abuse can be covered up for decades, and those committing wrongdoing by collaborating with abusers to cover up abuse have no risk of suffering adverse consequences. Those good people working within Catholic Church, who want to ensure that child sex abuse is tackled properly, have no real lever by which they can enforce compliance by others.

The Catholic Church claims that everything is different now, but the evidence says otherwise, and as I said to the inquiry panel in my opening statement: when all the fuss from this inquiry has died down, can we really rely on the church voluntarily to ensure it never slips back into old habits, even though the old temptations exist today exactly as they did before?

It is surely clear beyond doubt that external compulsion, in the form of mandatory reporting, must now be applied. Only then can we have some hope that future generations of children in Catholic institutions will avoid the suffering of those brave survivors whose evidence we heard in these hearings.