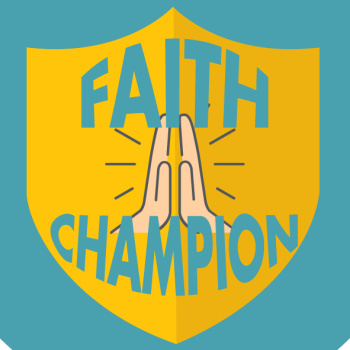 A new civil service appointment may be intended to promote 'inclusion'. But insistently bringing religion into the workplace will only serve to promote it and encourage an assertive form of selfishness at public expense, says Chris Sloggett.

If a decision is cloaked in the language of 'diversity' and 'inclusion', it seems to become bulletproof. Allowing some people exemptions from generally applicable rules is fine, if you can say it is showing cultural respect. Those who accuse you of indulging the bigotry of low expectations, or undermining social cohesion, can be dismissed and told to get with the ill-defined programme.

So it is in the case of the civil service's decision to appoint a 'faith and belief champion'. Last week it emerged that Clare Moriarty, who has worked as the permanent secretary at the Department for Environment, Food and Rural Affairs since 2015, will take up this non-job.

Moriarty has an impressive CV: she has also worked as the director-general of the rail executive and the head of an NHS foundation trust unit. It seems fair to assume her new role is being taken seriously and she is being well remunerated for her work.

Several people got in touch with the NSS to say they were appalled by the decision. But from reading the article in Civil Service World that broke the news, a visitor from another planet might have assumed it was unquestionably a good thing. Nobody seemed to be on hand to put the case that this might be a waste of public money or actively counter-productive, as it would alienate those who believe in separating religion from the workplace. That hardly reflects well on those who roam the corridors of power in Whitehall; at a time when trust in public institutions is damagingly thin, we surely need less groupthink rather than more.

There was also minimal reassurance from the cabinet secretary, Sir Jeremy Heywood, who seemed to vomit jargon as he explained the appointment. "Our inclusion activities need to resonate with colleagues' experience of the workplace, and during the development of [the civil service's new diversity] strategy, our staff engagement found that faith and belief were aspects of personal identity that up until now have not been properly recognised," he said.

Moriarty's appointment comes a month after the civil service published a 'diversity and inclusion strategy', which is designed to make it "the UK's most inclusive employer" by 2020. It says the strategy will ensure staff are valued irrespective of a variety of characteristics – including their faith or belief. That sounds like a reasonable aim.

But the reality is the opposite. It lists 'religion and belief' as a 'protected characteristic' – which, tellingly, some people 'do not' share. The increasing attention to faith is explained thus: "we will improve faith and belief literacy in order to create a truly inclusive culture where people of all faiths and beliefs, and none, are able to bring their whole selves to work". Please spare those of us who do not wish to fetishise every aspect of our personal identities from such drivel. Good colleagues are under no obligation to care about your 'whole self' or your opinions on who or what created the universe. If you are going through a personal crisis, your employer should handle it sensitively. But otherwise get on with your work.

And as in so many contexts, religious 'literacy' is cover for proselytisation and asking people who do not care much about religion to make a special effort to accommodate those who do, in a way that would never be done for other personal interests. The Civil Service World piece gives an example of this, saying the Home Office Sikh Association "worked with the department to update guidance on access controls". This came after a high-profile guest was "unhappy" to be asked to remove his kirpan – a small ceremonial sword that some Sikhs carry. Now "the association is working with the Cabinet Office to align security policy across the civil service".

Translate the euphemisms. A visitor to a Government building kicked up a fuss after being asked to remove a blade before entering, as anyone else would have been. Instead of telling him to follow the rules like anyone else, the Home Office consulted an association which claims to speak on behalf of people like him and changed the rules to suit him. Now the rest of the civil service is going to do the same, and we're all footing the bill.

The civil service's strategy says the response to this incident helped to "promote better understanding of the Sikh faith". That implies the burden is not on individuals to play by applicable rules that help us all live together harmoniously, but on society itself to bend to the whim of each demand made on the basis of religion.

If you can decipher the gobbledegook beneath all this you will see a simple assumption: those who broadcast their strongly defined religious beliefs should get special treatment. This helps to explain the appointment of Moriarty, who has previously said staff should share more about themselves at work. It is also a recipe for polarisation and assertive selfishness. It can only make sense if you see your employees as unconnected individuals, rather than members of a team whose success or failure is common.

And whatever you think of proactive efforts to promote diversity on the grounds of (for example) race, gender or sexual orientation, religion is not the same. Pretending it is allows religious lobbyists to claim discrimination when they are simply being held to the same standards as everyone else.

Religions are belief systems and sets of ideas – like political ideologies. We instinctively know it would be wrong to ask civil servants to talk more about their political views at work. There would be an outcry if the powers-that-be purposefully encouraged more Labour, Conservative or UKIP voters into public service. If someone's political views were preventing them from doing a good job, we would not change our expectations to accommodate them. The same standard should be applied to cultural expectations and religious beliefs.

It is entirely reasonable to criticise someone's beliefs, whereas it is bigoted and inherently exclusionary to criticise them for their immutable characteristics. So if you encourage people to talk more about their religion at work, do you also encourage those who think what those people believe is superstitious nonsense or a source of violence, bigotry and destruction to speak up? If not, why not? If so, are you really sure you're creating a harmonious workplace where people of all faiths and none can collaborate? Wouldn't it be better if your employees stopped talking about themselves and got on with serving the public?

We appreciate that we have to moderate our behaviour when we enter the workplace; most of us dress appropriately and avoid getting drunk at work, for example. The recent furore over sexual harassment has served as a reminder of the need to consider the consequences of our behaviour for those we share an office with. Religion is controversial and many find it irrelevant, boring or worse; keeping discussion of it to a minimum in the workplace is not a lot to ask.

Appointing a 'faith and belief champion' is a solution in search of a problem. Those who shout loudest will be given the greatest benefits. Employees will be put into ill-defined groups, rather than treated as individuals. Those who claim victimhood, and those who encourage them, will gain. Those who put their heads down and do their job will lose out.

The result will be the promotion of religion – however much the policy's proponents claim otherwise. Those who do not have a strong sense of religious identity will be encouraged to acquire one. It will become slightly harder to criticise religion, just as the world desperately needs to make it easier. Society will become a little more divided along religious lines. And the public will have paid for it all.

The NSS has written to the cabinet secretary about this issue.