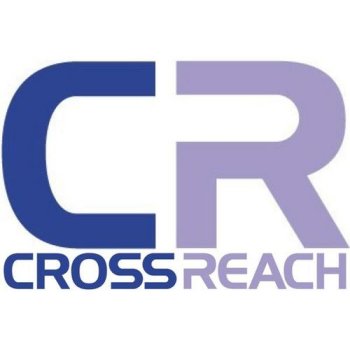 When religious organisations are delivering state-funded public services they should neither discriminate nor proselytize – argues Stephen Evans, looking at the case of CrossReach and its implications.

The decision of The Church of Scotland this week to ditch its policy of barring non-Christians from non-managerial posts at its social care service may be a step in the right direction, but again highlights some of the problems that occur when religious organisations become involved in the provision of public services.

The social care provider CrossReach (previously known as the Church of Scotland Board of Social Responsibility) has agreed to drop its insistence that all employees be practising Christians, not because it now realises that such discrimination is wrong in principle, but because it is facing a recruitment crisis and can't find enough Christians to fill the posts.

Such employment discrimination is only possible in the first place because the law allows employers to make certain exceptions to the principle of non-discrimination where a job has genuine 'occupational requirement' (GOR).

Until now, being Christian has been deemed an 'occupational requirement' for all 2,000 staff working for CrossReach, which provides support to some of the most vulnerable people in Scotland.

But now, amid a recruitment crisis, the care provider says it no longer believes that the requirement for all care and support staff to be Christian is a 'proportionate means of achieving a legitimate aim".

But if being a Christian isn't a job requirement now, why was this discriminatory policy against non-Christians ever necessary in the first place?

CrossReach, which will still require managerial and supervisory post-holders to be of the 'correct' faith, will point to its Christian ethos and the fact that it "offers services in Christ's name to people in need as part of the Church's mission".

But most of CrossReach's annual expenditure of £51 million comes from local authorities and it's reasonable to expect that our public services are underpinned by principles of equality and a respect for the rights and dignity of the individual service user. As a leader piece in this week's Herald points out, "the recipient of care is unlikely to be too concerned about their helper's religion".

The decision to continue to apply a faith test for managers and supervisors creates not so much a glass ceiling as one of reinforced concrete to non-Christian care staff, regardless of however much their performance merits promotion. This sort of state funded religious discrimination should have no place in modern public service provision.

Social action by faith-based organisations has contributed enormously to the welfare of our society, but where religious organisations join others in delivering public services, surely it isn't too much to ask for them do so without discriminating against their employees or proselytising when delivering that service.

The decision by CrossReach to drop its policy requiring social care staff to be Christians should prompt a review of the overly wide exceptions that also allow faith schools to discriminate on religious grounds when taking on new staff.

Currently, otherwise suitably qualified teachers can be discriminated against in a third of all publicly funded schools. Equality Act exemptions permit faith schools to apply a religious test in appointing, remunerating and promoting teachers, including head teachers. In voluntary controlled schools, up to one fifth of positions (including since 2006 the headteacher) can be 'reserved'. But over three fifths of faith schools follow the voluntary aided model, in which every teaching and leadership position can potentially be the subject of a religious test.

The Catholic Church would presumably prefer to have an exclusively Catholic teaching staff in the schools it runs - this is afterall the reason they lobbied for the ability to apply a faith test to all positions in the first place. Just 8.3% of the adult population in England and Wales identify as Catholic and in reality there simply aren't enough Catholic teachers to fill all of England's 2142 state-funded Catholic schools with practising Catholics, but the fact that 51% of teachers in Catholic schools are Catholic demonstrates that there is a fair amount of unjustifiable preferential treatment going on. After all, just how Catholic do you need to be to teach English, maths, science, history, geography, modern foreign languages – or even religious education for that matter?

It's clear that religious groups have too much freedom to discriminate. The exemptions they have under British equality law must be narrowed.