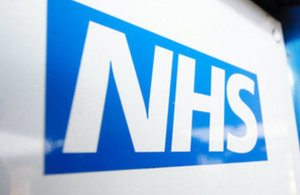 Ensuring that NHS abortion services are made available, free of charge, to UK citizens travelling from Northern Ireland would be a way of mitigating the harm caused by a disparity in women's reproductive health rights across the UK, argues Dr Antony Lempert.

This week's disappointing Supreme Court ruling that women from Northern Ireland are not entitled to free access to abortions on the NHS is a wasted opportunity to recognise the disparity in women's reproductive health rights across the UK and to mitigate the harm.

On mainland UK, women are allowed to have an abortion only if they satisfy the requirements of the 1967 abortion Act which includes requiring two doctors to make the treatment decision on women's bodies.

In Northern Ireland, where religion and politics are deeply intertwined, the 1967 Act doesn't apply; instead there is a collusion of religious conservatism across the religio-political divide.

The number of legal abortions in the province has always been very low and most recently was measured at just 15 per year. The situation is so dire that in November 2015 the Belfast High Court ruled that the law was in breach of international human rights laws by not even permitting a pregnancy to be terminated in cases of rape, incest or serious foetal abnormalities.

Back-street abortions or unsupervised internet-procured drugs for medical abortions can be risky; sympathetic doctors in Northern Ireland who support internationally recognised human rights standards face the very real prospect of prosecution and jail for their efforts.

Everybody, irrespective of the prevailing regional religion, should have the basic human right to determine what happens to their own body. If the Protestant and Catholic unity in this regard is so strong that legislators can't see their way to allowing women autonomy within the province, then at the very least those women who travel to mainland UK should not be further penalised by being denied equal access to health services on the mainland.

That's why we'll be writing to the Prime Minister and the First Ministers of Scotland and Wales calling on them to ensure that NHS abortion services are made available, free of charge, to women travelling from Northern Ireland.

Dr Antony Lempert is chair of the NSS's Secular Medical Forum. The views expressed in our blogs are those of the author and may not necessarily represent the views of the NSS.