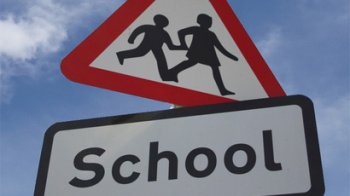 Parents and staff regularly contact the NSS over concerns related to religious influence in their schools. Campaigns officer Alastair Lichten looks at a typical example of the casework we receive and what lessons can be learned.

A small rural primary school near Bath looks set to become the latest of hundreds of community schools to be taken over by a Church of England Multi-Academy Trust (MATs). Bathampton Primary is moving to join the Bath and Wells Multi-Academy Trust – a MAT run by the diocese, which promotes a "distinctly Christian ethos". These 'mixed' trusts, containing a combination of religious and non-religious schools, allow religious groups to take over community schools, and there are few meaningful ways to protect the non-religious ethos of these schools once they are absorbed.

The school has co-opted as a community governor who just so happens to be local priest – said by one parent at the school to be "particularly evangelical". He regularly leads assemblies and the school website says "in particular he wants to maintain and strengthen good links between the church and school".

Priests and religious leaders may have all sorts of skills which would allow them to be competent community or parent governors. But how confident can we be about their commitment to preserving a school's community, secular ethos, when a governor is a member of a religious organisation (e.g. a diocese) which wants to take over the school.

The National Governors' Association model code of conduct suggests that governors should "declare any conflict of loyalty at the start of any meeting should the situation arise" and should always "act in the best interests of the school as a whole and not as a representative of any group".

A parent who raised concerns with us said they had "been concerned about the schools links with the church for some time". The school does not have a large enough hall for whole school assemblies so relies on the local church to provide adequate space for various events. An act of generosity that we might welcome, as long as it wasn't leveraged by the church for improper access to the school.

Bathampton Primary School is the only non-faith school of nine primaries within three miles, with the nearest being twenty minutes' drive away. Parents who wish their children to be taught in a secular environment free from the influence of one particular religion will now have no choice whatsoever.

While the school won't officially become a faith school or acquire a religious ethos/designation upon conversion – something the current governing body stress they are opposed to – this could change in future. The MAT claim to have no such plans and have made the right noises about protecting the school's community ethos. However it is established CofE policy to treat such non-faith schools under their control as part of their 'mission'.

Parents concerned about similar takeovers and wishing to challenge them can basically have three aims:

In this case, parents contacting the NSS decided to focus on aim number 2. The school is under a lot of pressure to academise, and joining the religious MAT would be their only option; something one concerned parent called a "tragedy". The situation on the ground always matters, and the best way to protect a community school's ethos is vigilance and good communications.

In the case of Bathampton, parents told us that, whilst they do still have concerns over what influence the MAT may try to exert in the long term, they do not believe that this is an attempt by the board to extend religious influence over the school.

The earlier you can get involved in the consultation process the better. Although it doesn't always feel that way, consultation processes must be "substantively fair and have the appearance of fairness". David Wolfe QC gives a very clear definition of what that means on his 'A can of worms' blog – detailing some of the problems with academisation.

If your school is being academised, and you have concerns about it being taken over by a religious group, please get in touch.