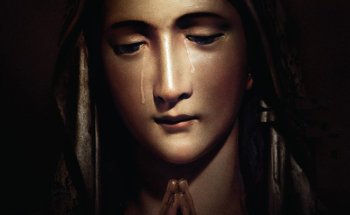 There is some lingering anti-Catholic bigotry in Scotland, writes NSS vice president Alistair McBay, but the Church is playing victim while supporting a segregated education system which can only worsen prejudice.

"As one brought up a Catholic, I know only too well of Scottish Catholicism's lovingly nurtured persecution complex - part masochism, part self-justification for its own pet bigotries."

So wrote a cradle Catholic to the Daily Express in May 2011. I'm reminded of it every time I see a new report published on sectarianism in Scotland which almost inevitably concludes that Catholics are enduring victims of discrimination and prejudice, it's everybody's fault but theirs and something must be done.

Of course Scotland has a history of anti-Catholic bigotry, frequently confused as it might be with simple objections to Vatican doctrine and dogma - the Catholic Church in Scotland has long played the sectarian victim card to close down criticism and debate. There is no better example of how religious division has been stoked in Scotland than the Church of Scotland's infamous 1922 report 'On the menace of the Irish race to our Scottish nationality'. It was not an anti-Catholic crusade as such, as Professor Tom Devine (a Catholic) eloquently explained at the Glasgow Newman Association talk he gave in 2013. Nevertheless, Catholics did pay a price as a result. Aside from the more obvious examples of attacks on Catholics during the 1930s, notably the anti-Catholic riots at the Eucharistic Congress in Edinburgh in 1935, Devine believes with its campaign the Kirk inaugurated a period of discrimination in the labour market. He concludes this was only abandoned between the 1960s and 1980s, and can still be seen today in indices of mortality, low income and health. Professor Devine pointed to the Church of Scotland apology in 2002 for this contribution to sectarianism but alleges the Scottish nation has not apologised for the impact this discrimination has had on life chances, illness and mortality. The absence of full acknowledgement and transparency, he argued, still produces among some Catholics (perhaps the Church hierarchy?) a sense of victimhood which is based not on evidence but on rhetoric.

Fast forward to a research report published this week by, among others, Scotland's sectarianism tsar Duncan Morrow. This research alleges an equality gap in Scotland compared to Northern Ireland, which has had specific legislation to tackle religious inequality in an attempt to heal the wounds caused by 35 years of sectarian conflict. The research plots this inequality gap along the lines Devine identified, in terms of a poorer set of statistics for Catholics than Protestants on the basis of health, longevity, deprivation, home ownership etc. The research is evidence-based, using a sample of 156,448 Scots and 248,255 people from Northern Ireland aged between 25 and 74 during the 2001 census. They were observed during a follow-up period of nearly seven years.

Duncan Morrow hit the headlines with a previous report for the Scottish Government which concluded that Scotland's segregated Catholic schools were not in any way, shape or form responsible for Scotland's lingering sectarianism. This was a surprise, given that the Catholic Bishop Joseph Devine of Motherwell had opined in 2002 that of course they were a contributory factor and "divisive", but nevertheless a "price worth paying" for unchallenged access to innocent minds. It was also a surprise given that the fiercely Presbyterian Peter Robinson, first minister of Northern Ireland, put down much of the sectarian troubles in the province to the 'benign apartheid' of segregated schooling in a famous speech delivered in 2011 that promoted integrated schooling as the way ahead. But Scotland's First Minister Alex Salmond, anxious to secure the Catholic vote for an independent Scotland in 2014, had been praising Catholic schools to the hilt for some years alongside his good friend the now disgraced Cardinal O'Brien and had even urged the non-denominational sector to be more like them. The cynic in me says there was hardly likely to be a condemnation of sectarian schools in the long build-up to the Indyref vote. Recently an SNP MP, a member of the Humanist Society of Scotland, made some comments about Catholic schools and set out his preferred secular alternative that brought an accusation of 'chilling intolerance' from the bishops and a swift slap down from the Scottish Government itself. The nerve of some politicians, wanting to end segregation, indoctrination and discrimination in Scotland's education system!

Dr Morrow's latest research suggests Northern Ireland is now less of a sectarian place than Scotland, and that Catholics in Scotland suffer from a higher risk of death and are at greater economic disadvantage relative to Protestants, although there doesn't seem to be a comparison with people of other faiths or none. There is however some other empirical analysis from which we might draw a different conclusion on the inequality gap Dr Morrow has chosen to highlight.

In 2015 The Tablet newspaper published a list of the Top 100 lay Catholics in Britain, claiming to show how "a relatively small faith community has come to obtain a leadership presence in virtually every part of British society". The list includes some of the country's foremost public servants who occupy leading positions in business, academia, charities, the arts and entertainment and other spheres. The Tablet says "their rise is a tribute to the quality of Catholic education, both public and private. Many are the children of immigrants and come from modest or even impoverished backgrounds." In Scotland, leading Catholics include the afore-mentioned historian Tom Devine, the composer James McMillan and Lord Gill, most recently the head of our Judiciary and now a member of the Supreme Court. The article also features Dame Elish Angiolini whom it says "went from a crime-ridden council estate in Glasgow to become the Lord Advocate of Scotland, the country's most senior legal officer".

The Tablet goes on to say that the list "portrays individuals who are part of a vibrant faith community that has become fully integrated into British life." On that empirical evidence basis, then, there seems no compelling reason without further analysis to suggest that there is an inequality gap affecting Scotland's Catholics that needs greater effort to be closed. Does this Tablet report indicate that discrimination, impoverished background or indeed religious belief itself are key factors that hinder the life chances of Catholics in Scotland or anywhere else in the UK?

There are of course localised examples of lingering anti-Catholic bigotry that gnaw away under the radar at the fabric of Scottish life. In a village near my home, the local Kirk minister got somewhat sniffy that the new head of the local non-denominational primary school was a Catholic, and sniffy enough that one of his church elders resigned in protest at his stance. But the new head's faith was no barrier to her being appointed to a non-denominational school, although of course if she had no religious faith she would never be appointed to be head of a Catholic one. So much for an inequality gap!