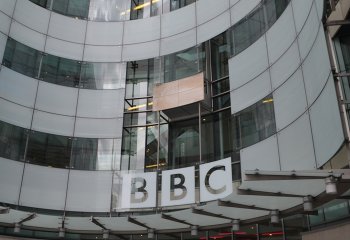 The BBC still produces a considerable amount of religious programmes – but the numbers who watch it are so small they barely register in viewing figures. More religion on TV isn't what the public want, and it won't be good for the BBC, writes Terry Sanderson.

The Sunday Times reported this week that the BBC has "decided to shut down its in-house religious affairs television production department."

The story was based on a leaked email from a BBC executive, Lisa Opie, who said that the loss of Songs of Praise to an independent producer had forced a "rethink of its business model" and "means we will no longer have a permanent religion and ethics department in Salford." The Sunday Times understands that there are something like 40 or 50 people working producing religious programmes for the BBC.

To those of us who think the BBC already devotes far too much of its fast-dwindling resources to religious programming, something that has audiences so small they barely register in viewing figures, this is good news.

Naturally for the Church of England's spokespeople on media matters, this is a terrible blow to the platform for evangelism they have taken for granted since the days of Lord Reith.

The Bishop of Norwich, Graham James, is quoted in the paper as saying "It is a failure of the BBC as a public broadcaster." He said he found it "strange" that the BBC had reached the decision when Ofcom, the watchdog that started to regulate the corporation from this week, has told it to boost religious programming.

The Church is, of course, putting the BBC under enormous pressure not only to stop it reducing the time it devotes to religion but to actually increase it.

The Bishop waves the "religious literacy" flag as a warning that the nation will be deprived of this apparently essential knowledge if the BBC doesn't force it down unwilling throats.

But what precisely is "religious literacy"? One can't help feeling that in this context it is just another cover for proselytising.

Those who want to explore religion, and think it has some kind of relevance, have thousands of churches to choose from where the knowledge is imparted with vigour. Those who couldn't give a damn about religion or are even hostile to it will nevertheless have to pay to have it piped into their living rooms via our national broadcaster.

But the corporation is also under severe financial constraint with thousands of jobs at risk and constant threats from the Government to cut the licence fee. Some Tory backbenchers even want to abolish the Beeb entirely.

The vested media interests – particularly those of Rupert Murdoch (who, of course, owns the Sunday Times) – means that there is an unending propaganda war being waged against the BBC in the press. This latest religion story is just one example of the way the Murdoch papers constantly portray the BBC as an institution that is failing its audience and the country.

But why does the Church (and religion generally) imagine that it has an automatic right to the airwaves that nobody else has? Religion in Britain is a minority interest. Research has shown that, where people have a choice, they switch channels in their droves when religious programmes start. Anglers might say that there are far more of them than there are churchgoers (which is true), but they get hardly any time at all devoted to their sport.

Yes, the BBC is a public broadcaster. It is bound by its charter to be inclusive of the whole nation and to reflect the interests of the country. So, religion has a place, along with sport and news and music and whatever else interests people. But it needs to accept that its place in the nation's affections has fallen way, way behind Eastenders and Holby City.

When programmes attract audiences so small that they don't register, what justification can there be for continuing with them? Opera also attracts tiny audiences and the BBC reacts accordingly – when was the last time you saw an opera on the BBC?

This week the BBC published its plans for religious broadcasting over Easter. It seems like a defensive response to the attacks on its supposed neglect of religion – who is going to watch all this stuff? Surely the real enthusiasts will be at church anyway.

So, does the Church have a point?

How much more time do they want?

There is a certain arrogance among the bishops and others who are bullying the BBC into producing programmes that may be important to the Church but appeal to few other people. These churchmen get a lot of press for their demands, but viewers remain indifferent.

The corporation's bigwigs should stand firm against the constant episcopal heckling and get religion in proportion.