As a nation we’re thinking about our future, here’s our secular manifesto for change 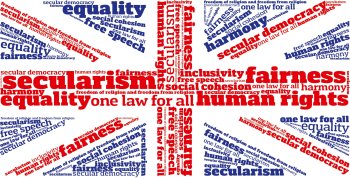 Ahead of the General Election we're calling on political parties to embrace a series of secular reforms, drawn from our recently published secular manifesto, that make society, our education system, and the law fairer for all.

As electioneering gets into full swing, now is the time to challenge the political parties on what they will do to address some of the unfairness and inequity stemming from the privileged role of religion in public life.

That's why, ahead of the snap General Election, we're writing to all major parties, calling on them to embrace a series of secular reforms, drawn from our recently published secular manifesto, that make society, our education system, and the law fairer for all.

A major focus for the media this week has been the Lib Dem leader's personal views on gay sex. But surely what really matters is the policies our prospective leaders would put in place to ensure that Britain can be a country in which all citizens, regardless of religious belief, or lack of religious belief, can live together fairly and cohesively.

With that in mind we very much welcomed Tim Farron's vocal support for the disestablishment of the Church of England. As Mr Farron said, "Separation of church and religion from state is fundamental". "The imposition of religious teachings on day to day life", he said, "is utterly wrong."

We agree. Our 'Secular Manifesto' makes dozens of specific proposals to reform the role of religion in public life, to ensure that that state equally respects everyone's human rights and that no one is either advantaged or disadvantaged because of their beliefs.

They range from necessary reforms in education, to proposals on public services, sharia 'law', religious exemptions and public ceremonies. They all aim to make our society fairer and introduce secular changes to our unwritten constitution, education system and institutions which would reflect the growing non-religious majority of the country and its increasing religious diversity.

Many of the proposals set out in our manifesto concern publicly funded education: A third of all schools in England and Wales are faith schools and the Government wants more faith schools, and plans to facilitate greater discrimination in them by allowing faith-based free schools to select all of their pupils on religious grounds. UKIP have called for a moratorium only on new Islamic faith schools, but we don't think any publicly funded schools should be based around religious identities.

With that in mind, here are five proposals for a secular approach to education that we are making, which would ensure that our publicly funded schools aid social cohesion, respect children's rights, and teach pupils only how to think, not what to think.

1. A moratorium on the opening of new faith schools

2. A right for all pupils to attend a non-religiously affiliated (secular) school

3. An end to equality law exceptions that allow faith schools to discriminate and select pupils on the basis of faith

4. Reform of religious education to ensure all pupils receive a broad, balanced and non-partisan religion and belief education

5. Abolish the legal requirement for schools to hold collective worship

Our manifesto for change sets out many more reforms in the many areas we campaign on. The Economist called our proposals "evolutionary rather than revolutionary". Our approach to reforming religion's public role sets out incremental, attainable steps which are feasible and would help to make our society fairer.

During the election campaign and beyond, this is what we'll be calling for. When candidates come knocking, we hope you will be too. 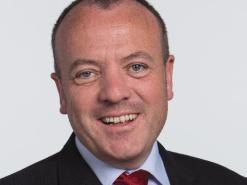