Norway’s separation of Church and State: a work in progress 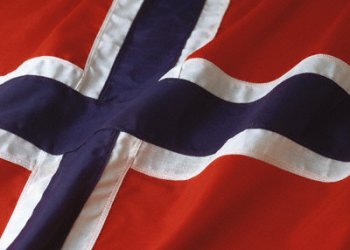 Norway's supposed separation of Church and State, effective from 1 January 2017, is a very positive step, but it's still a work in progress, writes Keith Porteous Wood.

Both Norway and the United Kingdom have populations that are very secular in outlook, with around 2% of them regularly attending regular services of the national church. Yet both these ancient monarchies have had established churches deeply ingrained in the state since at least the Reformation in the 16th century.

In both countries the State has gradually become less involved in controlling the national church. While the UK has barely reined in the power of its established church since the 19th century, Norway has just embarked on what amounts to the privatisation of its Church, rather than the 'separation' that is being claimed.

The Norwegians have more work to do to achieve complete separation. Even more importantly, given the astonishing parallels between the church state arrangements in both countries, this move to bring Norway into the 21st century should be a (long-overdue) wake-up call to the UK to move towards a modern secular state.

Jens-Petter Johnsen, head of the Church's National Council, announced that the Church is facing "the biggest organisational change … since the Reformation." Indeed, from 1 January 2017 the Church became a legal entity of its own rather than its administration being a state agency, with clergy no longer being state employees.

Johnsen went on to claim, perhaps in the hope of staving off criticism, that "The changes will create a clear separation between Church and State." He must have been consulted about the new constitution, and quite likely instrumental in its wording, so the only charitable conclusion can be that Mr Johnsen doesn't understand what separation of church and state is.

The new constitution provides, for example, that "The "King" [and presumably any Queen] shall at all times profess the Evangelical-Lutheran religion" (Article 4). He is now no longer required to "uphold and protect the [Evangelical-Lutheran religion]", but given the absurd "at all times" requirement this hardly seems to make any significant difference.

Inhabitants "shall have the right to free exercise of their religion" (Article 16), but this does not seem to apply to the Monarch, given the above. The Constitution does not even dare to contemplate the likelihood of a monarch without such professions. Would such non-profession debar them from being the monarch? This hardly seems hypothetical, given only around 3% of Norwegians attend any church at least monthly, albeit around 70% are nominally Church members, automatically becoming members when their parents decide they should be baptised. And membership of the Church is plummeting.

According to Article 16 the Norwegian Church "will remain the Norwegian national church" (my emphasis) which, given the religious requirement on the King, clearly contradicts Parliament's statement in 2012 that "the Evangelical Lutheran religion will no longer be the state's official religion". Only the most pedantic could claim otherwise.

The new constitution also provides that the Norwegian national church is "an Evangelical-Lutheran church", thereby prescribing its doctrine, limiting the freedom of the Church to set its own doctrine, which is anti-secular.

The National Church "will as such be supported by the State" says Article 16, although little is known about the crucial extent of that (at least financial) support.

The State has been becoming less involved in Church affairs for some time, and now it will no longer appoint clergy, something that was probably only a formality in recent years anyway

The so-called separation has therefore been akin to a corporate reorganisation, and while the Church may have lost the support of being on the Government payroll, it has retained a constitutional guarantee of support.

We are not talking about small change here. The amount of money disbursed by the state must be enormous. In December 2016, the Catholic Church, with 145,000 members, was accused of going through telephone directories to add immigrants, and a senior official was charged with aggravated fraud; the state is seeking reimbursement of £3.8 million in overclaimed subsidies.

It is a fundamental secularist principle for no state support to religions (or other belief organisations).

The inclusion of humanists in Norway on the same basis, now built into the constitution by granting quasi equality, conveniently for the little-attended Church, clouds this issue. Indeed, the fact that humanists now have a share of the cake makes it harder to argue against continued subsidy of the Church.

The equality I seek as a secularist is for the state to fund no religion (and no "non-religion").

I hope that the good people of Norway will consider this latest constitutional and organisational change as a preliminary further step in the disentanglement of the Church and State. There is much further to go before Norway can regard itself as a modern secular state, not least removing the elements in the Constitution highlighted above, and a move towards withdrawing this illicit subsidy – even if it is phased out over several years.

The UK's Parliament is the only one apart from Iran's to give clerics ex officio seats as of right. Norway's equivalent measure, that parliamentary officials were required to be members of the Lutheran Church and at least half of all ministers had to be a member of the Christian State Church, has recently been consigned to history which is where the UK's Bench of 26 bishops should be. It is clearly time for the UK to follow Norway's example. They show it can be done.

Other ruses we need to be aware of in this area are the established churches in each country retaining as many privileges as possible. The points I have picked out in Norway's new constitution shows ample evidence of this. And the Church of England has managed it too. In the 19th century there was a raft of legislation curbing the Church's powers, for example on divorce, probate and the jurisdiction of ecclesiastical courts, but practically none since; in contrast there have been changes to reduce state control over the Church. The most substantial was in 1919 when the Church of England managed to wrestle back much of its Governance from Parliament with the fore-runner of the Synod, but without ceding an iota of its still enormous privileges in return.

Secularists need to up their game to make UK parliamentarians more aware of the unjustified privileges of established churches that so few attend. And we must encourage disestablishment in the UK pointing out what Norway has recently, if belatedly, done to move towards a modern secular state, something other states achieved hundreds of years ago.