Why the Ashers Bakery 'gay cake' ruling was reasonable 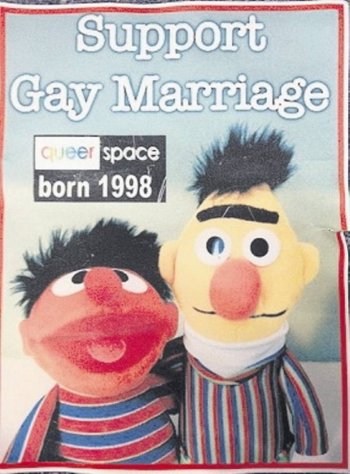 Despite the hyperbole, the decision in the Ashers Baker case is both reasonable and straightforward, opening the door neither to a denigration of religious freedom or equality laws. Had the case gone the other way it would have undermined both.

The decision in the Ashers Bakery appeal clearly divided opinion, with a number of commentators reasonably expressing concerns about its implications on freedom of expression and conscience.

But one of the most striking aspects of this ruling is its limited scope. The facts of the case were very specific and probably won't have any significant impact on the way clashes of rights are balanced in the future.

The ruling however prompted a rush of commentary, much of it hostile to the court's decision. There has since seen some more nuanced reflection, such as from the Rights Info Blog, Joshua Rozenberg's analysis for the BBC and from the National Secular Society.

Christian lobby groups have of course long sought to advance the myth that they are some poor put upon forgotten minority who are unconsidered in equality law. But protections for freedom of religion and belief are already included and 'read into' equality law. There are already many examples when religious exemptions undermine equality law and both the UK Parliament and Norther Ireland Assembly have already considered, and rejected, further undermining exemptions.

Equality law is not gospel, and where it has got the balance wrong this should be addressed. But it's dishonest to pretend that when religious groups don't get their way that their rights have not been considered.

In drawing up the Equality Act (Sexual Orientation) Regulations (Northern Ireland) 2006, legislators didn't all suffer collective amnesia and forget Article 9 of the Human Rights Act existed. They balanced the Article 9 right to freedom of religion and belief with other rights, including the rights of the LGBT people, as did the Ashers' ruling.

Courts should 'read down' legislation where it has failed to take account of or contravenes human rights. However where the legislature has considered the balancing of conflicting rights and drawn up equality legislation intended to address this, the judiciary should respect these intentions.

A question raised during this case was whether opposing support for same-sex marriage - which isn't a protected characteristic - is indistinguishable from opposing homosexuality - which is.

From a moral position it could be argued that it is. In the words of Peter Tatchell:

For example, in the case of Brockie v Ontario, the Ontario Superior Court of Justice found that a printer refusing to print a letterhead for members of an LGBT organisation was indistinguishable from refusing to print a letterhead for someone because they were gay. From this it naturally followed that the refusal was discrimination on the grounds of a protected characteristic.

Obviously any test of 'indistinguishability' should be carefully and fairly applied.

Those critical of this ruling have argued that it could force a Muslim baker to bake a cake with an offensive image of Prophet Mohammed.

This simply isn't the case. While desiring such a cake might be related to a customer's religious beliefs (a protected characteristic), it is clearly not indistinguishable from them.

The Ashers may argue that being required to make the cake violated their right to freedom from 'forced speech', but case law is quite clear in this area.

When businesses make a general offer to the public, then services in accordance with that offer cannot be 'forced speech'. If the Ashers' cake decorating offer were restricted in an equally applied manner to exclude Mr Lee's cake (a general policy of no religious or political messages, for example), then they might have an Article 10 right not to make it.

This is recognised by the fact that Ashers Bakery now only decorate birthday cakes.

Was the correct comparator used?

The Ashers argued that a straight man ordering the same cake would have also been refused service so their actions could not possibly constitute discrimination on grounds of sexual orientation.

However, as Joshua Rozenberg has explained, the court reasoned that the correct comparator was a hypothetical customer ordering a cake reading "support straight marriage".

How you feel about the case may well depend on which comparison you believe to be the right one.

But having endorsed the finding of 'indistinguishability' the Appeals Court was justified in endorsing the comparison used by the High Court.

Implications of the case

Recent decades have seen great strides in equality and anti-discrimination legislation. Perhaps the most regrettable outcome of this ruling is that it will be used as a rallying cry for religious exemptions and the rolling back of equality law. Britain is better for our equality laws, it's imperative that we defend them.