A leading women's rights activist, Mariam Nassir Al Oteebi, has been arrested in Saudi Arabia and languishes in prison, just days after the country was re-elected to the UN Human Rights Council, writes David van Rooyen.

Mariam Nassir Al Oteebi had been playing a leading role protesting against the Saudi male guardianship system prior to her arrest on 1 November.

The system dictates that every woman, regardless of her age, is required to have a male 'guardian'. In the first instance this will be her father or husband, but may also be a brother or son. A woman will often need to obtain the permission of her guardian before she can undertake a number of basic activities including travelling, studying abroad, working, accessing healthcare, or getting married.

Most social media activists in Saudi tend to use pseudonymous accounts to hide their true identities and location for fear of persecution. But Mariam had bravely revealed her identity in her Twitter profile picture by displaying both her passport and national ID card.

Ostensibly, Mariam was arrested because her father reported her to the police for 'parental disobedience' (a criminal offence in Saudi). Mariam had initially gone to the police herself claiming that her two brothers had verbally and physically abused her. Her father then ordered Mariam to withdraw her complaint to the police. When she refused, he reported her himself, which subsequently led to her arrest.

Mariam's location following her arrest was initially unknown, although with public pressure mounting on the Saudi regime a government official finally made a statement on the evening of 2 November announcing that she had been taken to a 'care house' in the city of Buraydah (located approximately 200km north-west of Riyadh). 'Care houses', in Saudi, are effectively prisons for persons under the age of 30.

The guardianship system means that the authorities will not release women from prison until their legal guardians come to collect them. Thus, it seems as if Mariam will stay in prison until her father – the very person who called for her arrest – collects her.

Renewed support for the abolition of this system gathered pace after Human Rights Watch (HRW) published a 79-page report titled 'Boxed In: Women and Saudi Arabia's Male Guardianship System' in July. Following the report around 15,000 Saudis signed an online petition calling on the government to end male guardianship.

In the weeks prior to her arrest, Mariam appealed to her 'tribe' via Twitter for help. (Saudi society is organized into 'tribes' or 'clans' made up of extended family members). Her tweets read:

"Hello brother, I am a member of your tribe and I swear to God… I never thought I would use my actual name and real picture… but I am doing so because of the great struggle with my brother… he threatened me, insulted me and beat me, and all of this is registered with the police.

"I need your help as my sisters and I are suffering. I've lost hope in life. All I dream is to abolish the male guardianship system so my brother stops assaulting me... You cannot imagine the harm that has been done to me, please guide me to anyone who can help me."

The male guardianship system – which effectively renders adult women legal minors – is considered by Human Rights Watch and many women's rights activists in Saudi to be the most significant impediment to realizing women's rights in the country.

A new hashtag, #IStandWithMariam, has now started to circulate on Twitter. It's vital that voices from around the world speak out to put pressure on the Saudi government to help secure her freedom.

David van Rooyen is a doctoral researcher at Durham University. Follow him on Twitter @DavidvanRooyen. The views expressed in our blogs are those of the author and may not represent the views of the NSS. 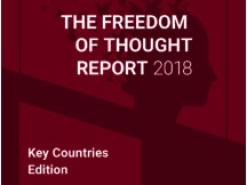 Saudi Arabia has been named the worst country in the world to be an atheist in a report monitoring the treatment of the non-religious. 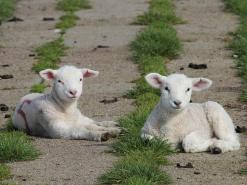 The NSS has criticised a government deal which allows the sale of meat from lambs slaughtered without stunning to Saudi Arabia.