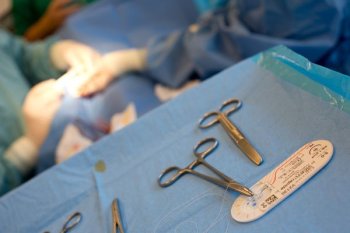 Too often those who carry out forced cutting of young boys' genitals escape with gentle admonishment, rather than punishment commensurate with the severity of their actions, writes Dr Antony Lempert of the Secular Medical Forum.

In 2013, Dr Hassan Abdulla, a psychiatrist, was convicted of performing illegal surgery on children. Ordinarily this would set major alarm bells ringing but the devil is in the detail. The reason this surgery was illegal was that he had failed to register with the Care Quality Commission, the (CQC), in doing so. The CQC was therefore unable to regulate the conditions under which he operated on children. Once alerted to his practice, the CQC inspected Dr Abdulla's private surgical premises and found that the facilities were substandard and potentially dangerous. In particular, infection control practices were inadequate, equipment was out of date and support staff were not appropriately trained.

In 2014, the Medical Practitioners' Tribunal Service (MPTS) imposed restrictions on his practice. In September this year, already two years later, it was felt that Dr Abdulla had not fully reflected on his misconduct and had not demonstrated sufficient insight; subject to his appeal he has now been suspended from the medical register for 9 months.

Yet this tells only half the story. For years, Dr Abdulla not only admitted but advertised that he operated on the normal genitals of dozens of healthy children. It is common knowledge that the children's parents paid Dr Abdulla to perform the irreversible, surgical assignation of their children's healthy genitals with the parents' own religious or cultural values and beliefs. The right of each of those children to an open future unrestricted by forced genital cutting at an early life was not apparently considered as part of the verdict in this case either by the magistrates court or by the MPTS.

The irony is that if Dr Abdulla should wish to continue to perform unregulated genital surgery on children without any interference from regulatory bodies as he states he does, he might consider de-registering as a medical practitioner. Non-medics are not required to register either with the CQC or with anyone else before they take a knife, scissors or specially-designed surgical instruments for clamping, tearing and removing the highly functional, sensitive foreskin from young boys and babies. It is only after the event, when some babies have died or have been seriously injured that action is occasionally taken. Contrast the response to the deaths four years ago of 28 day old Goodluck Caubergs in Oldham with the death under similar circumstances of 28 day old Joseph Ofori-Mintah in London. Both babies died of haemorrhage from their cut penises within 48 hours of unnecessary surgery performed in the community at the request of their parents. The Nigerian midwife who cut Goodluck was convicted of manslaughter whilst the rabbi who cut Joseph was told by the coroner that it was "a tragic unforeseen accident".

The fact that so many otherwise reasonable people consider it hardly a problem that (male) children's healthy genitals are fair game to any person with a knife, qualified or not, stands testament to the fallacy of common practice. Because something such as non-therapeutic circumcision, has been practised for generations, perhaps with the weight of biblical endorsement, does not mean that it is safe or reasonable to continue to do so. Non-therapeutic forced male genital cutting results in serious physical, sexual and emotional harm to many people. As babies their future views, beliefs and wishes cannot be known, however much their parents may wish them to conform to their own beliefs. Some of these babies don't make it to adulthood, others do so but with significant and enduring harm.

Dr Abdulla might have done better to stick to the branch of medicine in which he is trained: as a psychiatrist. Instead, he has demonstrated an inability to understand the most fundamental medical ethic of 'First do no harm'. In these circumstances, a short-term suspension from the medical register seems like a gentle admonishment rather than punishment commensurate with the severity of his actions.

Dr Antony Lempert is chair of the Secular Medical Forum. The views expressed in our blogs are those of the author and may not represent the views of the NSS.