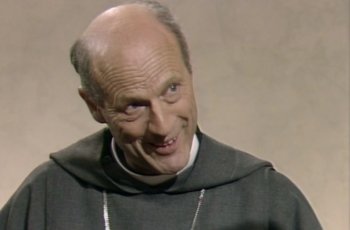 A spate of media reports have suggested that criminals convicted of sex abuse feigned their religion. NSS Vice-President Alistair McBay argues that the media shouldn't seek to protect religion from criticism by misrepresenting these cases.

A disturbing new trend is developing in the field of reporting on child sex abuse cases involving the religious, whether clergy or ordinary worshippers. It infers these criminals were not, perhaps even could not have been religious, because if they had been then obviously they would not have committed the crimes. Their faith is therefore not relevant to their criminality.

The most recent example involved the vile Richard Huckle, sentenced in London for a catalogue of horrific child sex offences in Malaysia. The Press Association report widely used around the globe referred to Huckle as "posing as a respectable Christian English teacher and philanthropist." The Times chose to say "Huckle posed as a Christian", adding that he then "used his religion to infiltrate an impoverished Malaysian community. The BBC ran with "He presented himself as a practising Christian", while the Daily Mail said "Huckle masqueraded as a devout Christian."

Huckle 'posed as a Christian'? He 'presented himself' and 'masqueraded' as one?

We know Huckle was a church-going Christian, brought up in a comfortable middle class Christian household, and stood 'hands clasped in prayer' in the dock as the life sentences, all 22 of them, were handed down. Once you have been caught, tried, found guilty and sent down, it hardly seems worthwhile to keep up any 'posing' as something you're not! The same inference, that a devout Christian faith was nothing more than a sham to conceal paedophilia, was also apparent in the sentencing of Anglican bishop Peter Ball, with the phrase that he used 'religion as a cloak' cropping up in court, although prosecuting counsel also said Ball was "highly regarded as a Godly man".

It is perhaps understandable that Christians may want to play down Huckle's Christian belief or its place in his criminality. But should we now conclude that all the Catholic, Methodist, Baptist, Seventh Day Adventist and Anglican clergy who have been found guilty of sexually abusing children were only 'posing' as vicars and priests, and their devoutness was just play-acting? Was Bishop Ball only 'masquerading' as a Godly man?

We have seen these inferences before. In May 2014, a Scotsman article headed "Religion mustn't cause violence" claimed religion could not be the cause of violence or abuse otherwise there would be no accounting for the millions of religious believers who were peaceful, tolerant and inclusive of those of all faiths and none. It's not too difficult to turn that statement around – religion can't be the cause of people doing good things, otherwise there would be no accounting for believers who commit crimes against humanity and justify their actions on the basis of their God's demands!

That "religion mustn't cause violence" was refreshed later that year, in an interview with Nazir Afzal who at that time led the Crown Prosecution Service action against child abuse and violence against women and young girls. Afzal said religion couldn't have been a factor because the Rotherham men were not religious and in any case substance abuse and rape were forbidden in Islam. Forbidden they may be, but that didn't stop two of those convicted of similar crimes in Derby in 2010, both devout Muslims and family men with children of their own, becoming "vodka-swilling, cocaine-binging paedophiles who spent every available moment randomly targeting young girls on the street, befriending them, and then horrifically abusing them."

Possibly the greatest deceit of all in recent times concerned Jimmy Savile, a devout Catholic who attended a Catholic school, went to Mass daily and received a papal knighthood. One famous picture of Savile shows him standing smiling, side-by-side with that other notorious hypocrite, the now disgraced Scottish Cardinal and sexual predator Keith O'Brien. The Catholic Herald carried an article in November 2011 asking why various obituaries played down Savile's Catholicism, almost to the point of not mentioning his strong Christian faith at all. It asked: "Is it too much to call this a conspiracy of silence?"

Sadly, the author was asking this in relation to what he saw as "the underlying almost instinctive hostility in England to the notion that anything good (ie Savile's prolific charity works) could come from a life whose foundation is the Catholic religion". I'd like to suggest that the opposite is the case – this is another example of the media concealing the fact that Savile was a devout Christian. These 'posing as a Christian' references are increasingly put there to protect religion, rather than reflecting on the nature of religion and whether its teachings are culpable in some way.

I am not suggesting that the likes of Huckle, Savile, O'Brien or Ball (and countless other devout Christians) believed they were doing their God's work in abusing children, young adults and seminarians. But the manner of reporting on their crimes should not omit the hard fact that they were committed by people who genuinely held a devout religious belief and somehow managed to reconcile their faith to their actions through whatever means, perhaps through the confessional or offering prayers of repentance (the preferred option in the Catholic Church for punishing abusive priests). These people were Christians, whether or not a majority of Christians feel they fairly represented their faith. The media shouldn't seek to protect religion from criticism by denying or misrepresenting details of these cases with smokescreens.

The key point is that while Huckle's faith may not have caused him to abuse children, it is supposed to have prevented him from doing so. It's the basic premise underlying the focus of forcing faith on children in the education system, to give them a source of moral purpose, as the Government puts it. After all, as the late Lord Denning famously remarked, "Without religion there can be no morality. There can be no law", enthusiastically quoted by the Archbishop of York in the House of Lords in April 2007.

But if you have religion and you then stray from its revealed moral code, does that mean religion is off the hook for your crimes, even if you still cleave to it for comfort and repentance?