In modern Britain, tradition is no excuse for retaining religious privilege 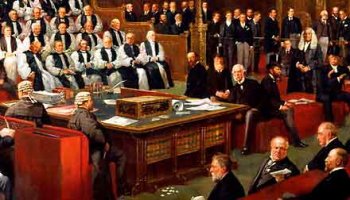 News that those declaring themselves to have no religion have exceeded the number of Christians in England and Wales has again prompted questions about Christianity's privileged role in public life.

Despite the vast majority of Brits being secular in outlook and largely indifferent to religion, our political structures and institutions have failed to keep pace with changing demographics. This leaves the privileged position of the established Church looking increasingly incongruous with the reality of modern life.

Despite Church attendance being in steady decline for the best part of a century, the CofE is still handed millions of pounds of public money to educate, inculcate and impose prayers on the one million children attending its church schools. With the decline of local education authorities, academisation may well see an increasing number of non-religious schools being swallowed up by Church-run academy trusts. Already the Church is the biggest sponsor of academies in England and a third of all schools are 'faith schools'.

One has to question how sustainable this all is when all the evidence suggests that the reduction in Christian affiliation and increase in non-religious affiliation is set to continue.

Meanwhile, 26 Church of England bishops laud it over us from their ex officio seats in Parliament, which gives them significant political power and influence which extends far beyond the debating chamber and deep into the heart of Government.

Sittings in both Houses begin with Christian prayers - as do many meetings of local authorities - although many have now abandoned the practice in the interests of being more open and inclusive.

Other significant privileges include the Church's currently pre-eminent role in national ceremonies, not least the coronation of the monarch - who also happens to be the Supreme Governor of the Church.

Despite sitting on massive wealth, the Church is still lavished with millions of pounds of public money in these times of austerity to repair its Cathedrals - cash it unashamedly accepts despite being in a position to fund these repairs itself. The CofE is also more than happy for hopelessly stretched NHS budgets to fund its representatives in our hospitals.

Any attempt to challenge this religious privilege is met with hysterical howls of 'persecution' and dire warnings from the establishment about the 'marginalisation' of Christianity. The Government placates its Christian base by constantly asserting Britain to be a "Christian country" - despite it being blindingly obvious that it isn't.

A piece in this week's Spectator suggests that the British regard for tradition will see that the Church's privileged position will be preserved, if only for nostalgic reasons. Its analysis - that tradition is the greatest barrier to secularism - may be accurate.

But the 'appeal to tradition' fallacy assumes that if something is traditional then it is right. This line of argument hardly provides a reason to preserve Christian hegemony, it merely signifies an absence of a reason.

It must also be recognised that the price of clinging to these 'quaint customs' could be the granting of similar privileges to other faith groups, leading to sectarian squabbles and competitive religious grievances and demands.

Our failure to call time on church schools has led to vast swathes of public money being handed to minority religious groups to open 'their' schools, creating silos of segregation and further impeding social cohesion.

Knowing the game is up on Christian privilege in this age of equality, the CofE is already advocating for seats as of right in the legislature for other representatives of other religions. And in Oldham, council meetings opened with Islamic prayer following the election of its Muslim mayor.

Humanists may occasionally be invited along to join the multifaith jamboree, but given that few non-believers choose to identify as a humanist, multifaithism merely further disenfranchises the non-religious.

This failure to keep up with the reality of Britain's shifting religious landscape means we are now in the absurd situation where the majority are being disadvantaged.

The founder of the National Secular Society, Charles Bradlaugh, said "No man sees a religion die", and it's true that religion will undoubtedly continue to play a role in the social and moral lives of believers. But Christianity - or any other religion - should no longer enjoy the patronage of the state.

The time has come for people of all faiths and none to look to the future and recognise the value of keeping the power of the state separate from the ecclesiastical world. Together we can find common cause in promoting the principles of secularism and a fairer Britain for all.