Religious worship shouldn’t be a requirement of public office 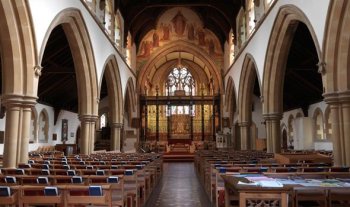 With an atheist mayor facing criticism for opting not to attend church services, Stephen Evans argues that elected officials shouldn't have to worship or feign religiosity in order to represent the citizens they serve.

The newly elected Mayor of Totnes has apparently "stirred up controversy" by opting not to attend religious ceremony because, although from a Jewish background, she does not practise any religion and does not believe in God.

According the report, Eleanor Cohen, the mayor elect of Totnes, will take part in the secular element of the Royal British Legion's Remembrance Sunday commemoration, but not the religious service.

Naturally, that isn't good enough for the Bishop of Plymouth, who insisted that "to hold public office means representing all members of the community, of all faiths, including Christian, and attending events which you might not always be in sympathy with or personally support."

The Bishop is absolutely right to argue that as mayor she should represent all members of the community, but when Ms Cohen pays her respects at the town's cenotaph that's exactly what she'll be doing. You don't need to attend church to represent Christians. The Bishop is therefore wrong to insist that non-Christians, if elected to public office, must attend Christian services. There should never be any compulsion in religion.

As an atheist myself I've attended many church services, weddings, christenings, funerals. I've attended Hindu services and Jewish ones too, but always out of choice.

Remembrance is personal, and must be meaningful. It isn't about feigning religion and remembering the Fallen in ways other people want you to. That's why our national commemoration of Remembrance Day should be reformed into a civic service to make it a truly inclusive national event for everyone.

People of faith are then free to then arrange their own Remembrance services in their own places of worship, and remember the Fallen in their own particular way.

One thing we do not share as a nation is religion. That's why the current entanglement of religion and state is so problematic. As Britain becomes increasingly diverse, religion's public role will only serve to cause more unnecessary tension and conflict.

It's time for the state to cut religion loose. Britain isn't a 'Christian country'. Let's end the charade of pretending it is.

In criticising Mayor of Totnes the Bishop of Plymouth claimed to respect everybody's right to disagree over matters of faith and belief, but it's clear he only respects that right as long as people kowtow to the religious privilege he has become accustomed to. A secular state not only frees believers from religious persecution, it also frees non-believers from religious compulsion – and that's the part about secularism that most bothers the bishops.