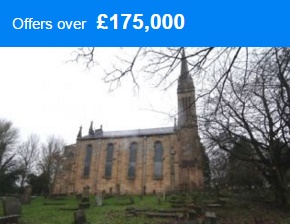 Scotland is a mosaic of beliefs and non-beliefs where individuals are free to hold a belief, change it or not have one at all. But it's not hard to see why people are rejecting the organised and politicised aspects of religion, writes Alistair McBay.

Much is being made of the Church of Scotland's latest research to the effect that although church attendance numbers continue to decline and churches continue to close in Scotland, the people leaving the pews remain believing Christians.

The report concerns a new book entitled "The Invisible Church" and claims that two thirds of church leavers nevertheless maintain a strong personal faith. This, it says, challenges assumptions that declining numbers of people sitting in pews on Sunday mornings are synonymous with a decline in Christian faith and the Christian community. At the report's launch, researcher Dr Steve Aisthorpe said changes in wider society and in the practices of Christian people meant attendance at Sunday morning worship could no longer be seen as a reliable indicator of the health and scale of Christian faith. "There is decline in Christian faith in Britain, but it is considerably smaller than previously assumed," he claimed.

One immediate problem with this analysis is that it appears to contradict all the Census data and other independent research (as opposed to research of the biased church-sponsored variety) which confirms the ever-growing number of 'nones' in Scottish and wider UK society. This is difficult to square with the claim that those leaving the Kirk in the formal sense of pitching up on Sunday mornings nevertheless continue to pray, discuss theology and observe traditional Christian festivals, and so Christianity is maintaining its numbers. However there is little to be gained here by looking at competing sets of statistics or delving into the nature of privately-held philosophical beliefs. The central issue revealed in the report is the challenge it issues to the Kirk as an institution, in that the faithful are rejecting the organised and politicised aspects of religious belief exemplified by such an institution, and are deciding that they no longer need any middle men to broker or mediate their personal relationship with their god. This has huge implications for the Kirk's ongoing business model, and indeed the other major Christian denominations whose models follow the same pattern.

In many ways this report tells us nothing new. We know that the UK is a mosaic of beliefs and non-beliefs where individuals are free to hold a belief, change it or not have one at all, and long may it be the case. The cause of the inescapable fact that believers are rejecting the institutional aspects of religion is not hard to pinpoint. In Scotland, the hypocrisy of Christian leaders has been ruthlessly exposed by the Cardinal O'Brien affair and the twin scandals of clergy child sex abuse and its cover up in religious orders. In addition, church leaders of every denomination are finding themselves massively out of step with the views of their membership on a whole range of issues. While the Church of Scotland appears to have escaped being a safe haven for paedophile clergy (although it has had the odd difficulty) the Kirk's own credibility took a severe knock with the rape by a church elder of the Reverend Helen Percy, and her subsequent shabby and misogynistic treatment at the hands of the Kirk's ecclesiastical court. In the wider UK context of the public positioning of Christian institutions, the apparent unending obsession many Christian leaders have with homosexuality and what consenting adults are getting up to in the privacy of their bedrooms stands in stark contrast to their self-imposed culture of secrecy and cover-up of child rape by clergy. The irony of this has not been lost on the pew-fillers and more than anything else has caused them to question the exclusive claims of bishops and moderators to moral certainty and leadership by example. It has also caused many to question the Kirk's ongoing demands for special privileges in Scotland on the one hand, while claiming to be a leader in challenging inequality on the other.

While it is well known that the 'gay issue' has proved a crisis for the Kirk and other Christian denominations, some of the Kirk's other initiatives have also forced its membership to question its wider role in society. There was a perfect example earlier this week, when the Kirk announced a partnership with the Islamic Finance Council to create new ethical investment models to tackle inequality and poverty. While we all want to tackle these twin evils in our society, many of the Kirk members I know will be wondering just what this initiative, and indeed an alliance with the competing religion of Islam, has to do with preaching the Gospel. It is a perfect example of what business leaders will recognise as 'mission creep', and yet another reason why believers are deciding they no longer need or want the middle men in their daily relationship with their god.

The Kirk has been aware of the problem of ever-emptying pews for some time. It started a 'Church Without Walls' project some years ago, and indeed the author of the current report, Dr Steve Aisthorpe, is one of the Kirk's regionally-based Mission Development Team taking the message outside the church walls and into the community. One of the Church's principal targets has been the non-denominational part of Scotland's education system, where along with other small activist groups it has a very active endeavour to gain souls for Jesus under the euphemism of promoting 'spiritual development.' With the strong support of a Scottish Government whose erstwhile leader prefers dealing with people who believe in something rather than nothing, school has rapidly become the new church.

Meanwhile, given that the focus on schools will remain (already you sense that non-denominational' in Scotland now means Protestant!) the Kirk's property web site shows for sale a number of substantial churches, former manses and land (released through church demolition), worth several millions in total. Serving Mammon is likely to keep the old institution alive for a while yet!

Alistair McBay is the Vice President of the National Secular Society. The views expressed in our blogs are those of the author and may not represent the views of the NSS.