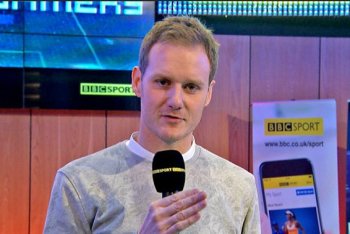 The appointment of "young Earth" creationist Dan Walker to front BBC Breakfast has caused a considerable backlash, but unless and until his views interfere with his ability to present the news in a balanced and neutral way, he's entitled to his beliefs, argues Benjamin Jones.

Dan Walker believes that the Book of Genesis is an accurate account of 'creation'. He will now front the BBC's flagship morning news show and will, presumably, be required to impartially present stories on scientific research (among other things) which directly challenge and refute his most centrally-held beliefs.

How he can manage this level of cognitive dissonance as an individual is up to him – that's his problem. As a secularist I only care if he fails. If he genuinely cannot hold true to the BBC's requirement for impartiality then he cannot continue, but at present Walker's critics are presuming failure; they are making an assumption that he cannot remain neutral because of his beliefs.

Writing in the Telegraph, Rupert Myers, a Christian, blasts the appointment as "problematic" – because of Walker's creationist views.

"A belief that the earth is between six and ten thousand years old, and that presumably God planted dinosaur skeletons in the ground to give us all something to talk about, goes well beyond the values for which people of faith can demand respect," Myers writes.

Myers adds that "As a Christian, I hope society continues to protect my right to hold beliefs and to express them." I do as well. But calling for Walker to be pre-emptively sacked, purely on account of his "loopsville" religious beliefs (as they were described by a "senior BBC figure" quoted in the Times), is absolutely contrary to this aim.

I share Myers' disdain for creationism – particularly the "young Earth" variety – but Myers might also bear in mind that a great many people would regard theism of the most scientifically literate type as completely beyond the pale of a "rational" view. But it would be abhorrent to argue that theists shouldn't be allowed to present television programmes. Any atheist who said such a thing would be making an anti-secular argument.

If Walker fails in any of the many tests ahead, if he cannot present news stories on physics, palaeontology, biology – or religion – neutrally then he should be sacked. But it is anathema to the values of a secular society that somebody be denied a post just in case their unorthodox and wildly inaccurate views are manifested.

I have no idea what BBC presenters think privately on any number of issues, from astrology to theosophy, if they read their star signs, if they entertain unusual philosophical or pseudo-scientific beliefs of any kind. I don't care. It only matters if it starts to interfere – even slightly – in their job.

Likewise, that BBC political journalists have private political sympathies doesn't matter; unless those views are manifested in how they do their job and breach the BBC's rules on neutrality and impartiality. If a BBC presenter believed in David Icke's theory that the world is controlled by a covert race of reptiles, I wouldn't care – until and unless they allowed that private delusion to influence their professional conduct. As soon as that insane belief (which is arguably less outrageous than "young Earth" creationism) manifested itself, they should be sacked. But not until then.

Establishing a highly subjective test before employing a TV presenter for what types of belief conform to "reason" and what lies within the "spectrum" of acceptable religious beliefs would be an extraordinarily unwise and unfair thing to do. It would be a license for discrimination against the religious – something a secular society should stand against.

The Government may prohibit schools from teaching creationism as scientific theory, but as Jenna Scaramanga argues, public funds are still being used to introduce pre-school children to religious pseudoscience....