David Cameron is right to raise the integration of Muslim women 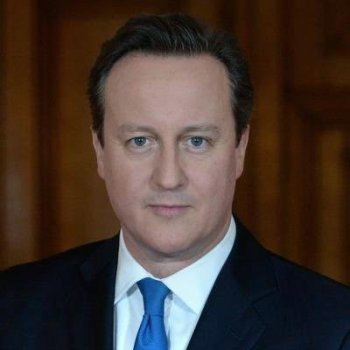 The hysterical response to David Cameron's proposals to help the most disadvantaged Muslim women learn English and improve their lot in life will do far more to alienate British Muslims than anything he has actually said.

According to Government figures 22% of Muslim women speak "little or no English" and 60% of women of Bangladeshi and Pakistani origin are "economically inactive."

Clearly, there is a real problem.

This is what the Prime Minister has set out to address with his announcement of £20 million of funding to teach Muslim women who can't to speak English.

David Cameron's proposals have however provoked a backlash, as is so often the case whenever anyone attempts to discuss anything to do with Islam or highlights the problem of religious segregation in Britain.

If newspapers and campaign groups are truly concerned about British Muslims being "alienated" from wider society, they should be far more responsible in the coverage they give to modest and carefully articulated proposals.

Anjum Anwar of charity Women's Voice said it was "absolutely absurd" to conflate radicalisation with not learning English. Indeed, the Prime Minister said as much. In the Times he wrote: "I am not saying separate development or conservative religious practices directly cause extremism."

The Independent reported the plans under the inflammatory headline "David Cameron says migrant families could be broken up and mothers deported if they fail new English test."

Del Babu, a former chief superintendent with the Metropolitan Police said that conflating "the issue of learning English with stopping radicalism and extremism" is unhelpful. Again, the Prime Minister did not do this. He in fact went to great pains to explain that while there was an "important connection" to extremism – this was about integration first and foremost.

The i100 said Cameron "wants to deport women who can't speak the language" – after he announced the launch of a proposal to help women from Muslim backgrounds learn English. The purpose of the proposals, and the debate the Prime Minister has started, is to integrate Muslim women into society – particularly if they are in the minority who cannot speak English and therefore have significantly reduced prospects (as evidenced by the striking economic inactivity in women from Bangladeshi and Pakistani backgrounds). As the BBC's political correspondent Alex Forsyth said, the Government was absolutely not suggesting people could be deported if they failed to reach the required level, but that language skills would be one factor taken into account when deciding whether to extend a person's right to remain.

He added: "There is a real danger that it could end up driving further radicalisation, rather than tackling it."

If this is not within the acceptable limit of debate, if even these proposals are "dog-whistle" politics, then the void left by these discussion will be picked up by the far right.

A far more likely driver of radicalisation is the sort of hysterical reporting about what the Prime Minister has said, and doing nothing and allowing the gulf between British Muslim communities and the rest of the country to grow even wider. In the view of the National Secular Society, the Prime Minister is absolutely right to raise these issues.

We particularly welcome the review of the role of Britain's religious councils, including Sharia courts, in an effort to confront men who exert "damaging control over their wives, sisters and daughters".

We share the Prime Minister's aspiration for Britain to be "more assertive about our liberal values, clearer about the expectations we place on those who come to live here". His view that courts and schools should be free to implement policies prohibiting the wearing of face veils is to be welcomed. Like us, he does not favour an outright ban on face veils – but recognises that there's nothing unreasonable about expecting them to be removed in the interests of security or when communication is paramount.

While the Prime Minister's new policy announcement is directed towards the particularly acute language problem that exists in Pakistani and Bangladeshi heritage communities, the Prime Minister stressed repeatedly that the policy is not just about singling out Muslims.

As with coverage of the Prevent programme, lurid claims from the media and from campaign groups that Muslims are a "community under siege", "alienated", "targeted" or that their mothers are going to be deported does far more damage to community relations in this country than anything proposed by the Prime Minister.

This narrative is constantly being fed, particularly around the Prevent strategy, and regardless of the facts it is being accepted as fact by many.

It seems that no matter how carefully the Prime Minister sets out his thinking on these issues, how vigorously he stresses the "peace-loving" nature of most British Muslims, how strenuously he denies a "conveyor belt" concept leading from conservative Islam to extremism, that the response is the same.

The indignant statements from 'community leaders' and the politically partisan response from some point to a sad lack of interest in even considering (much less resolving) the segregated society that now exists.

Bradford West MP Naz Shah supported the Prime Minister on the need for Muslim women to learn English. She asked, "with the third and fourth generations, it's perfectly possible to live a life where you never have to speak English because everyone in the shops and services where you live speak your language ... Have we actually undone some of the good work that has been done in terms of integration?"

Inclusive education clearly has a key part to play in tackling sectarianism and segregation, but despite showing some willingness to tackle worst excesses of religious schooling, the Prime Minister's blind spot, despite our repeated appeals, still appears to be the divisive issues of faith schools.

At best a faith-based education system is a wasted opportunity to bring children from different backgrounds together; at worst it is fuelling segregation and allowing children from a very young age to live parallel lives to their peers from other faiths or ethnicities.

We hope this is something the review into segregation that is being conducted by Louise Casey can give serious thought to.

The Prime Minister has nonetheless set out serious measures to help the women of Muslim backgrounds who are most disadvantaged. Anyone concerned about forced gender segregation, discrimination and social isolation of British Muslims from mainstream British life should think twice before dismissing them out of hand.