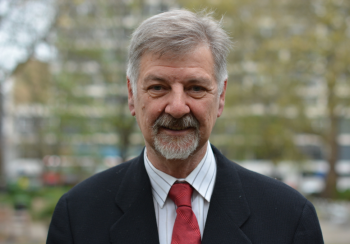 Terry Sanderson, the recently re-elected president of the National Secular Society, reflects on the challenges of the past year and invites our members and supporters to take an active role supporting our campaign work in 2016.

We've heard very little this year from the 'they're-taking-Christ-out-of-Christmas brigade', who traditionally try to use the festive period to invent and promulgate some "outrage" or other that reinforces the myth that poor put-upon Christians are victims of some plot by the evil secularists to rob them of their religion. (The whole dishonest farrago was, of course, imported from the USA by our own pathetic religious right. In America they're still at it).

I live in hope that the absence of such stories so far this time round is because people are less willing to buy into the fantasy that nativity plays are banned from schools or that Christmas has been renamed Winterval or that carol concerts have been cancelled in case they offend Muslims or that card manufacturers are conspiring to exclude religious designs from their ranges.

A couple of years ago, the NSS was called on by the media to explain why – according to a survey - seven out of ten offices had banned Christmas parties and the putting up of festive decorations. As it happened, the survey was a complete fabrication, but the fact that it was an outright lie did not stop the papers repeating the claims for days on end.

I went on one radio programme after another and told them that the survey didn't exist, that it was a hoax and its claims self-evidently not true. "Yes," they'd say, "But why are they banning Christmas decorations in offices up and down the country?"

You don't need Christmas, though, to hear claims that British Christians are a defenceless persecuted minority. Even the Church of England had the gall recently to claim it was being victimised because cinemas refused to show a poorly made advertisement it had produced, the one that looked a bit like a trailer for The Exorcist IV.

(Yes, I am referring here to the poor, disadvantaged Church of England, the one that is by law established with large swathes of the education system under its control and 26 of its clerics in parliament, £6 billion in the bank and the Head of State as its Supreme Governor. A lot of disadvantage there.)

But there was nothing discriminatory about the refusal of this ad. The cinema chains just didn't want to show any religious or political advertising. But the CofE thought the rules in this case should be suspended uniquely for them, as they are in so many other areas. They have a sense of entitlement that can be very irritating, not to say arrogant.

Despite intense pressure from the press, from the Church and from bandwagon-jumping politicians, the agency that declined to take the advertising is sticking to its guns. It has a policy and it isn't budging. We hope it continues to be resolute in the face of such bullying.

This week I did a debate on Premier Christian Radio with Peter Hitchens, the brother of the late-lamented NSS honorary associate Christopher. The subject was "Are we finished with Britain's Christian heritage?"

Mr Hitchens is as far from his brother in opinion as it is possible to be. He made the usual inflated claims about Christianity being responsible for all that is good in the world and not responsible for anything that is bad. I felt beholden to point out to him that the history of Christianity in this country and, indeed, around the world, is a bloody and oppressive one. It has as many negatives as it does positives.

I also disagreed with his claim that Christianity invented and developed democracy. I think the ancient Greeks and other proto-democracies had a handle on that long before Christianity was invented.

In fact, Christianity kicked and railed against the introduction of democracy every step of the way. Every bit of socially progressive legislation that has benefitted people has been introduced despite fierce resistance from the churches.

But most annoying of all was Mr Hitchens' repeated conflation of "secularism, humanism and atheism". I explained more than once that secularism and humanism are not the same thing, that secularism does not present itself as a replacement for religion, that secularists are not trying to deny people of faith their right to believe. But he wouldn't have it. "Secularists, humanists and atheists" in his world it seems have the same ambitions as Pol Pot and Joseph Stalin.

I explained that secularism protects believers from persecution (usually from other believers) and defends their right to practice their faith in peace. But he would not have it. He insisted that Christianity needs to be revived and resume its privileged and superior position. The indifference to it and abandonment of it must end. I asked how he was going to bring people back to the faith when they didn't want to come? Was some kind of coercion going to be involved?

I didn't get a satisfactory answer. But again Mr Hitchens seems unable to accept that the abandonment of Christianity is something that the majority of people in a free society have willingly chosen. Christianity and any other religion or belief must stand or fall on its merits. If it needs to rely on force for its survival, or state support, then it is not worth saving.

I do repeat, though, that secularism is not the same as humanism and it is not synonymous with atheism (although many secularists are both those things). Secularism makes space for everyone. If Christians want to celebrate Christmas, then secularism won't stop or discourage them, nor will it stop Muslims celebrating Eid or Hindus Diwali or Jews Hannukah.

The only demand secularism makes of religion is that it does not try to hijack the powers of the state for its own sectarian purposes. Which is obviously not to say that persons with a faith should not be able to participate fully in democracy - but they do it as individual citizens. If they want to put a religious designation on themselves that is their right, but it should be no concern of the government.

It's been an interesting and extremely active year for the NSS, and I am pleased to have been given another term as President. These are interesting and occasionally frightening times. Secularism has never been so important or so desperately needed.

So why not make a New Year's resolution and join the NSS if you aren't already a member? Numbers matter and commitment counts. Commenting on the internet and liking us on Twitter and Facebook is not enough. Put your principles into a tangible form and become a member today of one of the most effective and necessary pressure groups in the country.

In the meantime, have a good holiday and season's greetings to all.