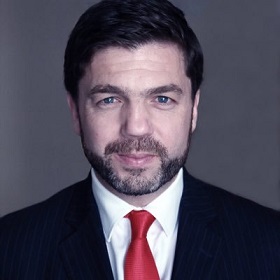 Stephen Crabb MP, the Secretary of State for Wales, has said that secularism and "creeping intolerance" of religion "risks pushing more young Muslims into the arms of Isil". Benjamin Jones responds, debunking his nonsensical claims.

In the latest misleading attack on democratic secularism, in a speech to the Conservative Christian Fellowship, the MP and cabinet minister Stephen Crabb claimed that "hard-edged" secularism and "intolerance" of religion risked pushing Muslims into extremism, and even claimed that secularism was partially responsible for "aiding and abetting" religious extremism.

Crabb worried aloud to his audience "whether we will ever see again a British Prime Minister who can talk openly about the times when they might pray to God."

He added that "the marginalisation of religion in our national life risks pushing more young Muslims into the arms of Isil."

In fact the UK is a secularised society but far from being a secular state. There has been a marked, sustained fall away from religion over the past century which is not reflected in our political structures. Crabb's lurid claim that secularism fuels extremism is false not least because state secularism does not exist in the United Kingdom. Religion retains traditional privileges and tremendous elite-level influence disproportionate to its following in wider society.

Even if we accepted the malignant premise that we should alter our society by increasing religious influence in public life to appease Islamists, it would simply, obviously not work. There is no accommodation that can or should be reached. How much religion in public life, Mr Crabb, will satiate Islamists on the threshold of embarking on jihad?

Crabb claims that "secularism" in the UK fuels extremism; but there is not a secular settlement in Britain, where vast stretches of the education system are run by religious groups, the Government resists the most basic, common-sense reforms to Religious Education and compulsory worship in schools, and a privileged state church sits its clerics in the House of Lords.

As for secular "intolerance", the only intolerance fuelling the exodus of c.1500 young British-born Muslims to the Islamic State is religious fundamentalism and the theocratic mind-set; the very antithesis of secularity.

ISIS draws recruits globally from societies as stark in contrast as France to Saudi Arabia. ISIS sympathisers don't care how secular or not their host society is, or about the niceties of the constitutional arrangements in Dar al-Harb. The Islamic State recruits fighters from societies as assertively secular as the French republic, to outright theocracies like Pakistan and Saudi Arabia. They seek the apocalypse and a reckoning with the armies of Rome; they revile secularism and Christianity in equal measure.

If ISIS can recruit from Pakistan, Saudi Arabia, the United States, France, the UK, is it really credible to say that "secularism" is a common denominator? It would be a laughable assertion were it not made by a Government minister.

As for winning over young Muslims and integrating them into society so that they never descend into political Islamism, will more entrenched religion really help? Would these children not be far better served in integrated schools with fellow pupils from a spectrum of backgrounds, rather than in ghettoised faith schools or worse, independent religious schools teaching goodness knows what? We know what Crabb and the Government's prescription is however: more religion, more faith schools, more social segregation.

Will Muslims feel more integrated into a stridently "Christian country" or one where all faiths and none are treated equally and where no religion is paramount?

The minister added: "The answer to the seduction of Isil is not a greater dose of secularism that delegitimises their faith in the public space." That our increasingly tolerant society is increasingly disinterested in religion may be a cause for concern for Mr Crabb, but he'd be better off dealing with the reality of religion and belief in the UK.

Muslims genuinely enmeshed in the ideological struggle against extremism have recently launched their own effort to tackle Islamism, by reforming and secularising Islam. They launched their campaign in a symbolic manner, pinning their declaration of reform to the door of a Saudi-influenced mosque.

They have called for "secular governance", gender equality and freedom of speech. Progress, in other words, that we should strain every sinew to encourage. While a handful of Muslim reformers call for what they know to be their co-religionists' only hope, secularism, Crabb rubbishes the concept in defence of a Christian supremacy long-since passed.

Crabb reportedly claimed that Britain was an increasingly religious country. By every measure this is simply wrong. The figures for those who say they have "no religion" vary from the 62% found by YouGov in early 2015, to 48% in the British Social Attitudes Survey. The 2011 census finds the figure to be just 1-in-4, but as the recent Commission on Religion and Belief in Public Life write, "as trends, the three types of demographic and cultural change outlined … [the decline of Christianity, the increase in non-Christian religions and the increase of the non-religious] … are robust and of long standing, and show no sign of abating in the near future." The direction of travel is clear, regardless of the exact numbers found by each methodology.

I seriously doubt that, but perhaps he could consider the comments of his former colleague and ex-Conservative MP James Arbuthnot. Speaking in the House of Commons in January 2015 on a bill (now Act) allowing local authorities to put prayers on their official agenda, Mr Aburthnot said that MPs were "out of touch with the majority of the people we represent, because only a tiny proportion of our constituents go to church" and came out publicly as an atheist. He said he only felt comfortable doing so because he would not be standing in the 2015 general election.

"I just want to say that it is telling that it has taken me 28 years in this House—and, frankly, the knowledge that I will not be standing at the next election—to make this point."

Perhaps Mr Crabb could consider that, when next speaking about intolerance in politics and society.