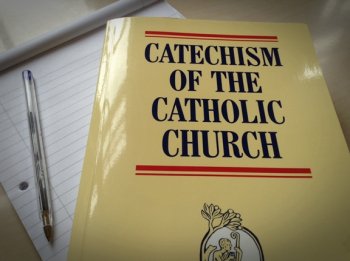 Religious education should receive the same scrutiny as any other area of the curriculum – and be inspected by Ofsted, argues Stephen Evans.

I recently came across a local newspaper headline about a school being praised for its religious education. As someone interested in what constitutes good practice in RE I read on.

However, it soon became clear that the school's RE wasn't being praised by Ofsted, the body responsible for standards in schools, but by the Catholic Church.

That's because in many faith schools, religious education isn't inspected by Ofsted as you might imagine, but by inspectors appointed by the school's governing body in consultation with the appropriate 'religious authority'.

All schools and academies with a religious character have their denominational religious education, school ethos and collective worship content inspected by religious groups under Section 48 of the Education Act 2005. These inspections evaluate the distinctiveness and effectiveness of a school as a religious institution. In Catholic schools they also serve to ensure schools are devoting at least 10% of teaching time to RE – as required by Catholic Bishops.

The school in the aforementioned news story was a Catholic school, which as part of its "Good" RE, teaches young children that "God is at every beginning" and about "God's dream for every family".

Just 54% of the school's pupils are baptised as Catholics, but nevertheless, all pupils are taught about the importance of spreading the "Good News of Jesus Christ".

Like many other Catholic faith schools, rather than teaching the locally agreed syllabus, the school delivers its own syllabus, in this case the "Come and See" Religious Education programme based on the theological foundations of the Second Vatican Council and the Catechism of the Catholic Church.

But should churches, temples and mosques really be determining what Britain's young people are being taught in publicly funded schools?

Many parents will naturally be keen to transmit a particular set of beliefs to their children. The big question is to what extent, if any, the state should assist parents in passing on their religious beliefs. At present religious parents are assisted by the state via the provision of publicly funded faith schools.

It is often argued that RE plays a crucial role promoting community cohesion. But when RE seeks to satisfy the demands of religious parents and is taught in a narrow and subjective way, as is the case in some faith schools, surely the opposite is true.

Our failure to successfully integrate the British Muslim community within British society is there for all to see. The proliferation of Muslim faith schools is unlikely to help. In many such schools religious education is inspected by the Association of Muslim Schools which seeks to encourage and promote schooling "for Muslim children that is rooted in Islamic principles and values". Allowing schools to approach religious education in such a partisan way clearly runs the risk of promoting separatism.

But with the religious aspects of the schools being inspected by the religious communities themselves, there is risk of this being glossed over. For example, the Association of Muslim Schools' inspection report for the Al-Hijrah School in Birmingham – where, according to the report, "all 774 pupils are from the Muslim faith" – praises the school's aim to "celebrate cultural diversity" and become an "excellent example of community cohesion". Utterly vacuous.

According to the report, the school's "whole curriculum is linked to spiritual values and Islamic beliefs". RE is rated as "Good". The school's "Good" RE includes "inserting Islamic Studies topics into different subjects regularly". Younger pupils "occasionally recite without understanding".

Another school that teaches "Good" RE according to its inspection report, is the Islamia Primary School in Brent. According to its latest report, the school is a "multi-racial community" but the report also reveals that "all its pupils are of the Muslim faith". We're told that the school's curriculum for Islamic studies, religious studies and Qur'anic studies fosters very good "sense of identity". I'm sure it does.

But isn't it disturbing that the state is so complicit in enforcing religious identities on children?

Too often "Good" RE just means "Good" inculcation. This not only undermines the academic integrity of the subject, it also undermines young people's religious freedom.

The very concept of faith schools is clearly part of the problem. But even within the current educational landscape, religious education needs a rethink. The promotion of partisan religious views should be as socially unacceptable in schools as the promotion of partisan political views – which is in fact, unlawful. Particularly in a school context, a clear distinction should be drawn between academic education and religious inculcation.

In Wales (where education is devolved), the Education Minister has called for RE to be transformed into religion, philosophy and ethics. This is encouraging. Religious education absolutely must be wrestled from those who regard it as a tool for indoctrination. Just because some parents want to shield their children from the plurality of religious and other worldviews, it doesn't mean the state must sanction it.

Whatever the future direction of RE, there's clearly a strong case for allowing Ofsted to inspect the way in which it is taught in faith schools. No part of publicly funded education should be shielded from scrutiny. The point of schools is to expand pupils' horizons, not limit them. If a narrow religious education curriculum is standing in the way of pupils becoming well-informed, open-minded and tolerant citizens, then that needs to be addressed – and Ofsted are best placed to do that.

The National Secular Society has called on the Education Committee to raise the prospect of Ofsted inspecting RE in faith schools when Sir Michael Wilshaw gives evidence on the work of Ofsted in Parliament on Wednesday 16 September.