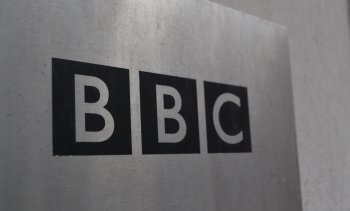 The NSS has objected numerous times over the past half century to the exclusion of non-believers from BBC Radio 4's Thought for the Day but it now seems as though the BBC will not even consider objections to the programme, raising questions about how the Corporation handles criticism.

Over the years the National Secular Society has repeatedly objected to the way Thought for the Day privileges religion and excludes non-believers, and the Society has even initiated legal action. But it increasingly seems like the programme is a 'no-go' area for criticism, and a recent experience causes concern that the BBC will not accept or respond to any reasonable complaints about the show.

Feedback on BBC Radio 4 is billed as a "forum for comments, queries, criticisms and congratulations". It is presented by producer Rev Roger Boulton, whose keenness for religious broadcasting is well known. The NSS made a bid to be included on the programme to discuss our concerns about Thought for the Day, namely that it excludes non-religious voices, and that it is inappropriately situated in a primetime news broadcast in a context where contributors are not challenged.

Strangely, our contribution was not used or mentioned, but the programme did include a member of the public who actually complained that the National Secular Society had not been featured in the previous episode, which was about the BBC's approach to religious broadcasting.

Radio 4's Today programme provides the most informed start to the day for me as for many listeners, and I wrote to Feedback to put across our case on TftD, on behalf of the many people who feel it has no place during a news programme

The daily interruption of Thought for the Day (TftD) in the middle of a news programme flies in the face of the BBC's obligation to reflect its audience and to make sure a balance of views are heard.

With only a small and diminishing proportion of the audience interested in religion, and even fewer looking to religious figures for moral guidance, it is deliberately scheduled to be broadcast during the peak listening time and explicitly discriminates against non-religious contributors (who arguably represent the majority of the population) in a way that would be unthinkable for any other group. And it further privileges religion by uniquely offering often contentious opinions without challenge. Sometimes those opinions are shamelessly political; religious objections to same-sex marriage for example, aired when equal marriage was being debated in Parliament, without any equivalent, non-contended spot for proponents.

TftD has also been used by contributors to attack and misrepresent secularism and the non-religious or their beliefs, but criticism of other religions are not permitted.

These were all points I raised with Feedback, and offered to discuss with them, but sadly they did not present our criticism of the programme and made quite clear during the episode that there was no prospect of the current arrangement being altered.

Of course the BBC can't always be expected to get the balance perfect all of the time, and should certainly not be free from controversial or morally challenging ideas. And of course many religious thinkers and commentators can offer valuable moral insights and reflections on the moral issues of the day. It would be ludicrous to suggest otherwise, as ludicrous as suggesting that someone has to have a religious belief/identity in order to offer such a reflection. However that is exactly what the ban on non-religious contributors implies.

The National Secular Society has been objecting to TftD and its predecessors since 1962, during which time the content of all other BBC services have evolved in recognition of the changing nature of our society. Our numerous complaints, including to the BBC Trust, have been made through numerous procedures, and in most cases we have reason to believe they have been handled unfairly. This suggests that TftD has an untouchable status, seemingly confirmed by the most recent incident. That was echoed when I was told by a peer last year that he had been told by a named former Director General that, despite being Director General, the only matter where he had no autonomy was dispensing with TftD.

A 2012 Radio Times online article, on Today co-host Evan Davis' support for opening the TftD slot up to non-religious contributors, included a poll of over 2,000 people, over 95% of whom agreed. If that's not persuasive feedback, I'm not sure what is.

Sadly our contribution was rejected, and the BBC continues on with the inappropriate placement of TftD. It seems peculiar that they broadcast the aforementioned complaint that we had not been asked to contribute, while ignoring our actual comments on the programme.

While we have our concerns about TftD itself, the way our concerns have been handled in this case once more raise issues of process, over how the BBC dealt with our points, and whether they will even consider any measured argument in the future.