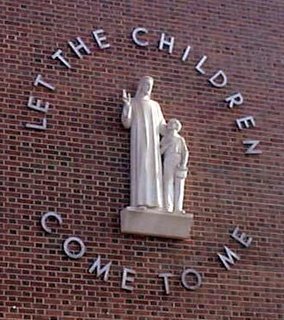 Academisation and the 'grey area' between faith and non-religious schools may allow even more schools to assume a religious character by stealth. To avoid this, we need a much clearer definition of 'faith school', argues Alastair Lichten.

The 1944 Education Act, known as the Butler Act, brought faith schools into the new state system. In England and Wales this created three categories of schools, voluntary aided (VA) and voluntary controlled (VC) (both primarily faith schools), and community schools.

Of course this distinction was always somewhat blurred. Community schools were (and still are) required to hold Christian collective worship and to give Christianity special input and prominence in religious education.

Meanwhile, there was, and still is, great diversity within VA and VC schools in terms of how robustly they promote their religious ethos and how they balance that with a genuine wish to serve the whole community.

For example, the NSS hears from governors at faith schools who want to make their admissions less discriminatory and from staff worried that their SIAMS assessment will force them to make their teaching more overtly religious. Meanwhile the way in which Christianity is promoted in some community schools would cause national headlines if it were another religion.

Successive government's expansion of free schools and academies have had the effect of further blurring the line. Particularly academies/free schools with a 'faith ethos' but not a formal religious character. There's also now the uncomfortable situation of schools without even a 'faith ethos' but who find themselves in an academy chain that does. Freed from local authority oversight, individual headteachers can find themselves with new opportunities to insert their personal religious beliefs into school life.

Khalsa Science Academy in Leeds is one example of the blurring of the lines. It is a 'Sikh ethos free school' but vociferously rejects the label 'faith school'.

We don't know for sure how enthusiastically the Khalsa Academy will promote its Sikh ethos. Children from non-Sikh families being allocated places there may perhaps act as a barrier, but only if the parents choose to send their children there. The indications are that they will not, making this school as religiously segregated as any other minority faith school.

Maybe religious groups rejecting the 'faith school' label shows they are beginning to understand (if not embrace) the public's growing discomfort with many aspects of faith schools.

But the rise of academy chains has also given religious groups a new way to expand their influence in nominally secular schools.

The Church's intention to expand its Mission through non-Church schools is evidenced by a quote from a Diocesan Secretary in the Church of England's Church School of the Future Review:

"We have moved forward with affiliation and we do have some affiliated schools. We are keen to see such schools as part of our mission and we feel that we don't have to own these schools. So, through having affiliated schools with a clear link between diocese, school and parish, we are doing what we want to do, which is to promote the Christian ethos."

At the Third Reading of the Education and Adoption Bill, Second Church Estates Commissioner Caroline Spelman MP told MPs the Church will continue to develop diocesan and Church school-led multi-academy trusts which include community schools.

Seeking to allay fears expressed by the National Secular Society, that the Church may take control of previously non-Church schools, Ms Spelman told MPs at Second Reading that Church federations, such as the Trinity federation and the Pilgrim federation in the Norwich diocese, "demonstrated how the individuality of each school has been maintained."

The examples she cites do nothing to allay secular concerns. Quite the opposite – the Pilgrim federation runs four religiously designated schools, two of which appear to have been community schools until as recently as 2011.

Small rural schools are often underfunded schools and at particular risk of this type of takeover. The Government doesn't know how many children currently live in areas where the only state schools are faith schools, but any expansion of the Church's school portfolio will only impede parents' chances of obtaining a truly secular education free from religious influence.

Once converted into an academy, the permissive and informal nature of adopting a 'faith ethos' (as opposed to a formal religious designation) means the religious character of a school can change fundamentally without consultation and at any time simply through a change in the governing authority.

If we're to begin sorting out this mess there are some cultural as well as legal changes that must be made. Let's start by getting rid of the grey area of "faith ethos" academies. If a school wishes to operate as a faith school it should at least have to apply for a religious designation.

As an interim measure the Department for Education should keep a public record of which schools operate with a faith ethos and which schools do not.

There's a clear risk that government proposals to force struggling local authority schools in England to become academies could increase the proportion of faith based schools. To protect secular school provision, the National Secular Society has recommend changes to the Education and Adoption Bill to ensure that no non-religiously designated school is permitted to acquire a religious designation or faith ethos upon, or after academisation.

At the very least the Bill should be amended to maintain the requirement to consult with the local community to mitigate the possibility of non-religious designated schools acquiring a faith ethos without the clear support of parents, pupils, teachers and the wider community.

But more than that we need a cultural change, we need to challenge the idea it is appropriate to use schools to promote religious doctrine, doing so should come to be as frowned upon as promoting a political outlook, such a Neo-conservativism or Marxism, would be.

We need to value a child's right to a secular (and by that I mean neutral, not atheistic) education and to form their own religious and philosophical beliefs more than we value parents' and religious organisations' right to promote theirs with public money. These child-centred values can at first take root in good community schools and gradually, organically become a shared value across all schools.