Quilliam is coming to Exeter- and here’s why 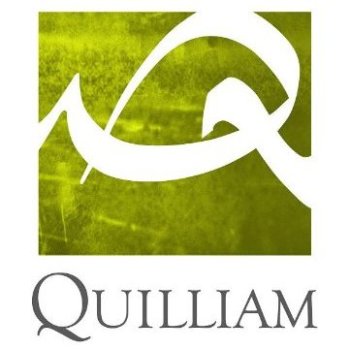 The Quilliam Foundation promote a citizenship and human rights approach to tackling extremism. Charlie Evans is setting up the first Quilliam student group at Exeter University and hopes anyone who shares secular and liberal values will join this new student movement against political and religious extremism.

Since Islamic State established its Caliphate a year ago, I have become extremely interested in causes of extremism- political, religious or whatever. I am no expert. I am just a lanky Welshman, studying Economics at Exeter University, frustrated by injustice- frustrated that 700 British Muslims have travelled to Iraq and Syria, frustrated that an old schoolmate joined the neo-Nazi organisation National Action, irritated of the rise of Jewish extremism, notably the group Lehava who is committed to preventing the assimilation of Jews and non-Jews. I could go on.

These ideologies are not new phenomena and big ideological debates have occurred throughout history. The Christian Crusades, the sectarian battles between Catholics and secularists in France, the tensions in Ireland between Protestants and Catholics, the rise and fall of Nazism and the dangerous rise of Islamism in the twenty-first century, are all examples of such discourse. Many of these ideologies have fallen, whether through military might or by embracing liberal and secular values. We have not tolerated extremist ideologies of old. Yet Islamism in particular seems to be increasingly difficult to budge and rather is on the rise. The Islamist ideology will have its time, but if we are proactive then its demise will come with hastened speed.

And why is this? A combination of factors: questionable Western foreign policy, an increasing lack of opportunity for young people and the ease of access to social media networks to name a few. The Islamic State have been opportunists and taken advantage of these favourable conditions, driving their poisonous ideology and exporting it via social media platforms. Within the UK, we have begun to tolerate the intolerable. We do not stand together. We are afraid to offend. And secretly, there is something that rests within us, myself included, that actually fears this terror, worried that if we are too vocal, one of us may be on the receiving end of a grim attack.

I am establishing a Quilliam Society because we need to break this cycle of fear and terror. Extremist ideologues are more attractive to young people, so the counter-extremism effort has to be led by young people and that begins on university and college campuses. But rather bizarrely, university campuses have welcomed Islamist speakers without challenge. In London, Haitham al-Haddad has spoken at the University of Westminster and Hizb-ut-Tahrir have always tried to remain close with the student body. I am a firm opponent of the 'No Platform Policy' as I believe you win arguments by exposing flawed ideology. So we should not ban these speakers, but we need to put up an ardent challenge against them.

I am not the traditional 'secularist'. I am a member of the Church of England, this is because I believe in a secular society with strong religious communities as well as a robust non-religious community. The values of tolerance, respect and cultural integration are fundamental to creating a stable society.

And these are the values Quilliam Society will be promoting. We need a national student movement that does not just provide counter-narratives to extremist ideologues but instead champions and promotes a liberal narrative- a narrative that champions free speech, human rights, the rule of law, political and religious pluralism, and secularism. These are not universal values, as politicians often to like to throw around, given that these values are not shared unanimously. But these are majoritarian values. Students are naturally quite liberally minded therefore this is a movement that students of all backgrounds can rally around.

Extremists are in the tiny minority. Yet they seem to shout the loudest. This is no surprise. Any group that wishes to challenges the pre-existing status quo has to do so in order to get a platform. But we need to wake up and smell the coffee. Sometimes established liberal values need defending. I believe this starts with Quilliam and I hope that anyone who shares secular and liberal values will join this new student movement, and will stamp out extremism in the UK forever.

Charlie Evans is a student at Exeter University. The views expressed in this article are those of the author and do not necessarily represent those of the NSS.