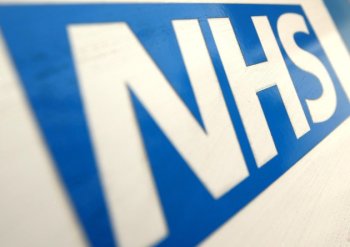 God forbid – but if you or any your family end up in hospital, and feel the need for some emotional or 'spiritual' support, it's likely to come in the form of a hospital chaplain.

When I had the unfortunate experience of spending some time in hospital after my daughter developed signs of meningitis, the doctors and nurses at St George's in Tooting provided all the support I could wish for. However, if I had felt the need for some additional support, I would have been faced with the choice of two Anglican chaplains; two Roman Catholic chaplains; two Muslim chaplains; a Free Church chaplain; or a Jewish chaplain.

That's because, despite pastoral care ostensibly being "for everyone", paid positions to provide such support are still ring-fenced for religious people with the necessary authorisation from their faith community.

Even some religious folk don't quite make the grade for authorisation. The Bishop of Southwell and Nottingham recently stripped a Church of England clergyman of the license needed to take a hospital chaplaincy job because he is in a same-sex marriage. One wonders what LGBT staff and patients are to make of this.

Discrimination such as this within a publicly funded and universal service such as the NHS belongs to bygone age.

Ever mindful of the public's growing indifference to their Church, Anglicans in particular regard chaplaincy as an increasingly vital link between the Church and people's everyday lives. But the Church's desire for self-preservation shouldn't be allowed to stand in the way of necessary reforms to ensure the NHS offers a relevant and non-discriminatory service for all.

Hospitals aren't the nicest places for anyone to have to spend a great deal of time, and of course it is not only religious people who might appreciate a friendly face and support at times of distress.

But pastoral care should be an integral part of basic healthcare anyway. There is an argument to be had that the money spent on providing religious chaplains –around £23.5 million a year – might better be used to fund more nurses who would then have more time to support patients holistically.

But if NHS Trusts think pastoral support beyond what nursing staff can provide represents value for money, then the service needs to be secularised to make it fit for purpose in the modern-age.

Guidance published by NHS England earlier this year went some way to recognising this. It placed a new NHS duty on hospitals in England to consider the needs of non-religious patients by ensuring they have access to appropriate pastoral care. It highlighted the need to "respond to changes in the NHS, society and the widening understanding of spiritual, religious and pastoral care".

The acknowledgement that the non-religious should have equal access to appropriate pastoral support is long-overdue. Society has changed drastically in recent years, and a significant number of patients are not being best served by religious-only chaplains.

But the current approach of employing 'multi-faith chaplaincy teams', rather than providing a truly secular system of pastoral care, is problematic. With finite resources available, arranging the provision of pastoral care around religious identities seems somewhat outdated, inefficient and cumbersome. It also fails to acknowledge that around half the population don't identify with a religious belief.

Humanists are now building a network of humanist chaplains, albeit on a voluntary basis, but the reality is that the vast majority of people don't self-identify as Humanist either.

The truth is, there's no valid reason for continuing to organise NHS staff and patients' pastoral care around their religious beliefs and affiliations.

In the coming years, the NHS will be faced with a greater diversity of belief and cultural backgrounds than ever before. The pastoral support it offers will need to be highly adaptable and non-judgemental to meet the multiple needs of service users.

Some people will want religious care. Where that is needed, it should be provided by religious communities themselves. Nurses and/or secular pastoral support workers can absolutely facilitate that, but it shouldn't be the NHS's responsibility to provide it directly.

Debating chaplaincy with me recently on BBC radio, Rev. Paul Walker, an NHS chaplaincy team leader, acknowledged that when religious people come into hospital they tend to get their own support from their own vicars or ministers anyway.

Most parish priests very much see it as part of their role to visit their flock when they're sick, either in their homes or in hospital. And it's right that this kind of religious care is seen as their duty. The NHS shouldn't be spending its finite budgets on providing the 'healing touch of the Lord' or administering the Sacraments.

Even where a service is valuable and cherished by the public, there's still a debate to be had about how it's funded. I would argue that the Air Ambulance service, which prevents patients dying unnecessarily because of the delay in receiving prompt and appropriate medical care, is a highly valuable service. However, unlike religious chaplaincy, this service isn't funded by NHS Trusts, but by charitable donations.

The charitable trust model might be the ideal way for chaplaincy to be funded. If there is a real demand for faith-based chaplaincy, surely the public and religious organisations (who, let's face it, are sitting on bigger cash reserves that the NHS) would be happy to fund such a worthwhile initiative.

Those that seek to defend the Church's historically privileged status like to misrepresent the secularist position by portraying it as an attempt to deny people pastoral or religious care at their time of need.

But secular pastoral support wouldn't mean refusing people religious and sacramental services. Where patients require specific religious services, nursing or pastoral support staff could easily pick the phone up and call an imam, priest or whatever to arrange for that.

With religious care in the domain of the religions, hospitals would be free to provide a more general kind of inclusive pastoral support, in keeping with the NHS's principles of providing a comprehensive service – available to all and providing best value for taxpayers' money and the most effective, fair and sustainable use of finite resources.