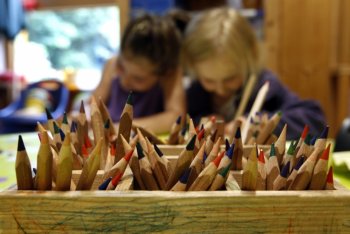 The long history of Christian involvement in state education shouldn't stand in the way of a more integrated education system, argues Stephen Evans.

No sooner had David Cameron finished delivering his landmark speech on extremism which stressed the need for British citizens to better integrate, the Catholic Education Service set to work on a press release arguing that the PM was wrong on integration and setting out why it should continue to be allowed to use public money to religiously segregate children.

The part of the Prime Minister's speech that really seems to have upset them was where he suggested that dividing children by their parents' religion and bussing them to different areas might not the right approach for Britain.

This is a particularly sensitive topic for Catholics. For many years Catholic parents have taken advantage of local authorities' generous subsidising of the transport costs when they've opted to send their child to a more distant religious school rather than their catchment school closer to home.

In recent years, a number of local authorities have decided to cut this discretionary (not to mention discriminatory) expenditure, opting instead to only provide transport to pupils' nearest available school. It would be nice to think this was because they realised it was wrong in principle to treat religious families favourably and subsidise religious segregation, but in reality, it's because their budgets have been slashed and they have to make savings wherever they can.

Catholic schools are some of the most socially selective schools in the country - bastions of discrimination - selecting their pupils of the basis of their parents' religious beliefs and activities and teachers on the basis of their "personal conviction and practice of the faith". Do you really need to be "witnesses in word and deed to the Divine Teacher, Jesus Christ" in order to teach Maths, as this Memorandum on the appointment of teachers in Catholic Schools suggests?

The Catholic Church is even refusing to open free schools because the 50 per cent limit on school places they can allocate on the basis of faith wouldn't enable them to keep the non-Catholics out.

They will claim, sometimes with justification, that due to the cultural diversity of Catholics in some areas, Catholic schools are vibrant mix children of various ethnic, social and economic backgrounds.

But that doesn't alter the fact that, as a country, Britain needs to move away from religiously segregated schooling.

We live in an age of equality. If Catholics have their own state funded schools, every other religious group will have to have their own state funded schools, leading to a horribly balkanised school system. Children from Anglican, Muslim (Sunni and Shia?), Hindu, Jewish and Sikh, backgrounds, separated and educated in accordance to the teachings of 'their' religion. What could possibly go wrong?

Unsurprisingly, the public mood in Northern Ireland, where it did go wrong, is for an end to segregated schools. That's because after years of conflict they've realised the importance of breaking down barriers and allowing children to live, learn and play together from an early age.

In his speech, David Cameron said: "It cannot be right that people can grow up and go to school and hardly ever come into meaningful contact with people from other backgrounds and faiths."

He is absolutely right, and in time perhaps he may even find it within himself to call into question the whole concept of faith schooling. Instead, he says he's"the first to support the great education they provide". "I chose one for my own children" he added.

But if he really wants schools to be truly inclusive and based on "British values" of democracy, the rule of law, individual liberty and mutual respect and tolerance of those with different faiths and beliefs - he might have to accept that they shouldn't also be based around religious doctrine.

Perhaps David Cameron thinks its fine for his fluffy Anglicanism to be drummed into Britain's youngsters, but doesn't care so much for some of the more orthodox stuff.

The Prime Minister recently insisted Britain was a 'Christian country'. But the privileging of Christianity - so incongruously prevalent in today's society - makes demands for the privileging of other religions much harder to resist.

Parents of all religious persuasions may regard the passing on their particular faith and religious values to their children as vitally important, but this should be regarded as a parental role, not the role of the state.

According to Pope Benedict XVI, the primary mission of Catholic educational institutions is to allow students to "encounter the living God who in Jesus Christ reveals his transforming love and truth". But the state should concern itself with education in the more traditionally understood sense of the word - and ensuring that children are properly equipped for life as citizens in modern Britain.

Both the Anglican and Catholic Churches have long been able to use publicly funded schools to inculcate children into their religious traditions. Their reluctance to let go of that privilege is understandable. But for the sake of young people's future, people of all faiths should accept that faith-based education isn't in Britain's best interest.

Let's educate our children together.

This blog was originally posted on the Huffington Post.