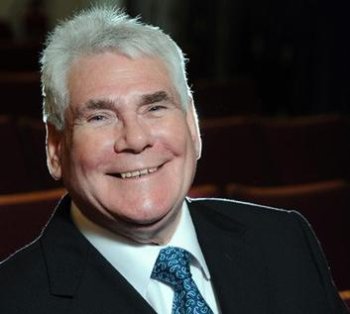 Free speech for all is threatened once more by the senseless prosecution of another Christian preacher. His religious freedom is the same liberty that defends secularists, atheists, people of all religions and none.

"Islam is heathen, Islam is satanic, Islam is a doctrine spawned in hell," thundered Belfast Pastor James McConnell in a sermon last year.

For a Christian preacher Islam surely is "heathen" by definition. But he is now to be prosecuted for the 'crime' of speaking his mind and talking about his faith. He has been charged for saying something "grossly offensive" (as the Northern Ireland Public Prosecution Service put it).

In spite of warm, fuzzy inter-faith dialogue (recently criticised quite strongly by the Archbishop of Canterbury), the fundamental premise of most religions is surely exclusivity; that Jesus and Mohammed cannot both be right.

But it is now considered a matter for law enforcement if a clergyman asserts the uniqueness of his doctrine and its incompatibility with other religions. McConnell's offence "was one of sending, or causing to be sent, by means of a public electronic communications network, a message or other matter that was grossly offensive", the BBC reports.

The prosecution has come about despite McConnell issuing a fairly grovelling apology in which he said he had not intended to "arouse fear or stir up or incite hatred" against Muslims.

The state is acting as a Ministry of Religious Truth and Moderation, clamping down hard on evangelical preachers and others who make traditional claims about the primacy of their faith's claims- sometimes doing so with exciting language. This is a deeply anti-secular position. "Offense" trumps all.

Courageously, and rightly, McConnell appears to have refused to accept a caution, and his case will now go to court.

The preacher, last year, said: "'People say there are good Muslims in Britain - that may be so - but I don't trust them." If we substituted the word "Muslim" for the word "atheist" or the word "Catholic", would he have been prosecuted? We know the answer: No. Of course not.

If someone said, "I don't trust atheists", there is not a chance in Pastor McConnell's hell they would be prosecuted for it. Nor should they be.

"There are cells of Muslims right throughout Britain," the 'firebrand' preacher went on, in case we weren't clear on his views.

The consequences of this situation are remarkably similar to those of the case of Michael Overd, the street preacher in court earlier this year. I ask again, given that scripture of all three monotheistic faiths makes claims like McConnell's, is it now illegal to read scripture aloud, in public? Are the books containing said passages now outlawed?

A Christian theologian has been warning anyone who will listen this week that the Government's plans to create 'extremism disruption orders' could outlaw Christian teaching that Jesus is the 'Son of God'. It seems he was right, but in McConnell's case this has already come to pass, without the added, draconian legislation that Rev Dr. Mike Ovey has been warning of.

You can watch the offending sermon from McConnell here, though we, and the Belfast Telegraph, are presumably sending a "grossly offensive" communication by linking to it. For the sake of testing the law, I would like to add that I consider both the doctrines of Islam and the Public Prosecution Service of Northern Ireland to be Satanic- and worse besides. I want to see if I get the 'knock-on-the-door' one night, surely we all will soon at this rate.

Benjamin Jones is the NSS communications officer. The views expressed in this blog are those of the author, and may not represent those of the NSS.