Academics call for greater sensitivity about religion in universities, but students suggest it’s not an issue 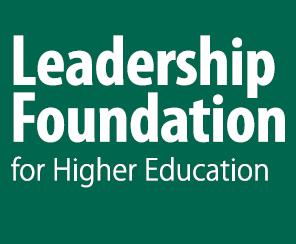 Some academics are giving undue prominence to religion and religious students- when the evidence shows they are exaggerating the scale of the 'problem' they describe.

Tariq Modood, professor of sociology at the University of Bristol, and Professor Craig Calhoun, Director of the London School of Economics, have described religion as a 'public good' and called the secular principle that religion be separate from the public sphere as "repressive" towards religion.

Two papers, one by each of the academics, published by the Leadership Forum, came after an event at the LSE which saw several academics disparage secular attitudes towards higher education. There was little understanding that there is a relationship between religion rising in the public agenda- and in the news- and with society's non-religious outlook.

There were also calls at the event for greater 'religious literacy', the importance of which is often overstated by religion enthusiasts in an attempt to elevate the status of religion in the face of widespread indifference.

In the papers, Calhoun writes "there are more actively engaged Anglican students even at avowedly secular institutions such as the LSE than their professors may realise."

There is a distinct sense that some of these academics have a pro-religious agenda, this comes through in their papers' use of language like "militant atheist".

Tariq Modood, who serves as part of a steering group for the self-appointed 'Commission on Religion and Belief in British Public Life' has been a long-time critic of what he describes as "radical secularism", and argues for an accommodative model that "respects religion yet goes beyond both toleration and even civic recognition".

You can also see a worrying undercurrent in lines like this one: "when in early 1989 during The Satanic Verses controversy, Muslims were as friendless as any minority has ever been, the Bishop of Bradford played an important role in getting his city to understand the pain and anger some Muslims felt." This seems to give the impression that the manifestation of these grievances was legitimate.

But research from 2011, titled Religion and Belief in Higher Education, available from British Religion In Numbers (BRIN), found that the professors are perhaps exaggerating the problem. Rather than an intolerant or anti-religious space, students seem overwhelmingly happy with how religion is treated in their academic institutions.

48% said religion was not relevant to the content of their degree course, with 47% responding that religion was "irrelevant" to how their course was taught. 22% said course content was sensitive to their religion, just 10% disagreed.

As for facilities, which Modood and Calhoun raise as a particular issue, with reference to prayer spaces, 44% of students said that their university provided "adequate" facilities for members of their faith, and only 15% said they were not satisfactory.

Although religious students are in the majority, just 27% of students were members of a society based around religious beliefs. While reasonable accommodations must be made, as in the workplace, universities must not defer inappropriately to religion.

As for Calhoun's claim that atheists are "militant" on campuses, 94% of students said they had not faced discrimination or harassment on the grounds of their religion and 90% felt "comfortable expressing their religion or beliefs." The vast majority, 54%, had "never been approached by anyone with the intention of bringing them over to their religious point of view", according to BRIN. "Militant atheist" is a nonsense in any case, but it is clear that the evidence does not support their view.

Again predictably, while the writers complain about militant atheists, we hear nothing about demeaning attacks on gay people or gay rights from minority religious speakers, something that has been a feature of university life for at least 25 years.

Academic institutions must balance secularism with the needs of religious students; but the overwhelming problem we are seeing from universities today is not a lack of accommodation for religious beliefs, but over-accommodating them. Recent cases at Bath and the LSE support this worrying trend, particularly where institutional attitudes towards blasphemy are concerned. The only aggression in the case cited at the LSE was against the atheist students wishing passively to express freedom of expression, and that aggression by the student union was backed despite strenuous complaints to LSE officials until the most formal approach to Prof. Calhoun.

Some of their comments and tone betray a pro-religious bias, and certainly they make some mistaken assumptions about secularism. Calhoun writes, "Modood rightly stresses that religion is a public and not only a private good. Attempts to exclude it from the public sphere are intrinsically repressive to it; toleration of private belief is not a substitute. One might think this would be clear in Britain with its long history of Catholic exclusion, but many persist in thinking that exclusion of religion from the public sphere is a necessary dimension of secularism."

Unfortunately, this comes across as the latest spurious comparison between secularism and repression of religion; it is in essence a call for untrammelled increase in religious privilege on campus, at the expense of secular values, including freedom of expression.