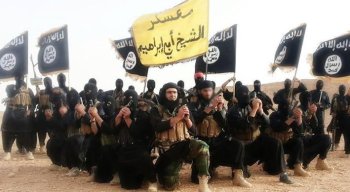 It is tiresomely common to have some Christian leaders describing secularism as intolerant, bigoted, militant or aggressive. At a time when Christians are being met with genuine persecution around the world, Benjamin Jones argues that Christian leaders should prioritise their targets and drop their hysterical language.

Last week Douglas Murray wrote an article for the Spectator arguing that "secularists need to prioritise their targets." In it he made the reasonable point that secularism faces far larger threats than the arcane arrangement of the House of Lords, and that "one religion in particular" is the clear and greater danger to secularism today.

It's a point I agree with - but not one that is a fair criticism of the National Secular Society's work. Godless Spellchecker makes the counter-case here and writes: "It's true that far too many individuals and organisations are more than happy to take a swing at the 'lesser' evils of a Christian flavour – yet develop a mysterious case of chronic arm fatigue where the religion of peace is concerned. However, I just feel it's a tad unfair to make this point in the context of the National Secular Society and secularists in general."

In any case, there are some Christians who are in far greater need of refocusing their efforts and priorities than secularists.

Earlier in May, a Catholic former High Court judge said that secularism in the UK was on a par with religious repression under the Tudors- a hysterical claim, dutifully repeated by Catholic news outlets. Sir Michael Tugendhat said secularists have a view of "freedom of speech which is as restrictive of that of Elizabeth I".

It is – needless to say- an extremely offensive and wilfully ignorant argument to make, but we won't be issuing a fatwa against him. Perhaps if Sir Michael hadn't upset himself so much he could have remained calm enough to see that the National Secular Society these days spends a great deal of its time defending freedom of expression from religious extremists. Naturally, this includes the freedom of speech of religious people.

Tugendhat argued that secularists wanted to force religion into the "private sphere" and went on to say that "the terrible story of the Tudor-Stuart religious divisions should be a reminder that freedom which is confined entirely to the privacy of a person's home is a form of oppression."

What does the world look like to people like Sir Michael and Cardinal Nichols? Do they really look at the video propaganda of the Islamic State and see an equivalent evil in equality laws? Is secularism causing hundreds of British teenagers to leave their homes and families behind to join a brutal war? Are the writings of secularists being used as license to kill and murder?

The Vatican denounced the Irish referendum as a "disaster for humanity". Of all the things today that merit that label- is marriage equality really the one to pick?

While I have misgivings about the Ashers case, having to ask one of your employees to bake a cake topped with a slogan you disagree with is not the same as or even remotely comparable to being taken to the shores of a failed North African state and facing a brutal execution; yet some Christian leaders use almost the same language ('militant', 'aggressive', 'repressive') to describe both.

It leaves the impression that Sir Michael- if taken at his word- actually believes secularists are a greater threat to Christians than religious fundamentalism. This is the product of a heavily distorted worldview, and it is something that Douglas Murray has argued against before.

If only there was some sense of proportionality in the histrionic language these Christian leaders use. There isn't much difference between the language of Cardinal Nichols and the head of the Russian Orthodox Church, Patriarch Kirill, who last year described secularism in Europe as "apocalyptic."

Finally though, on the point about the House of Lords, removing institutional religious privilege now would set the helpful precedent that religion is not to be institutionally privileged by the state. I put it that this precedent will be a helpful one to have in 2050, when Muslims in the UK will certainly outnumber Anglicans. The number of Anglican churchgoers (1.7 million in 2008) was already vastly exceeded by the total number of Muslims (2.7 million in 2011) seven years ago. It would be very helpful to have a clear, established precedent that clerics are not granted seats in the legislature when other faiths start making demands about proportionality and demanding their own seats and votes (as happened in education with non-Christian faith schools). While I would not say the House of Lords is more important than our campaign work on education or free speech (for example), it is not an irrelevant issue either.

Benjamin Jones is the NSS communications officer. The views expressed in our blogs are those of the author and do not necessarily represent those of the NSS.