A very confused and immoderate Moderator 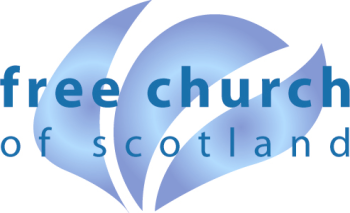 Alistair McBay examines the confused and immoderate arguments of the new Moderator of the Free Church of Scotland.

The Reverend David Robertson of the Free Church of Scotland has now taken up the mantle of the church's Moderator.

First of all, it would be churlish not to offer my congratulations to the Reverend on his appointment.

I have written before about the new Moderator, a man who believes that secular humanism is the biggest threat to Scotland, or at least to his desired vision of an orthodox Christian Scotland dancing to his Calvinist tune. Moderator Robertson has wasted no time before trashing secularism (which he conflates with atheism and humanism) in his opening address to his flock. It will be as much a recurring theme of his time in office as it has been in his ministry to date.

You may ask why the leader of a small Christian sect is of interest, given that his followers were outnumbered in the last Scottish Census by the number of Jedi, and that they are still debating at this week's General Assembly the distribution of assets after their most recent schism in 2000. Also taking place this week is the General Assembly of the much larger Church of Scotland, from which Robertson's church seceded in 1843, and which is arguably more engrained in Scottish culture. Well, Moderator Robertson is of note because of his high profile as one of the UK's 100 most influential Christians, because he repeatedly and wilfully misrepresents secularism and because he can play the Christian 'persecution' card with as much pious gusto as Lord Carey and the Christian Legal Centre.

It will be an interesting tenure of office that will no doubt see Robertson's sense of Christian persecution rise exponentially with every observation about, or critique of, his views. But what exactly are his views? He has made a number of contradictory arguments in the recent past.

Perhaps the greatest confusion in the Moderator's thinking is to do with education and where religion sits within the education system. On his blog he wrote these emphatic statements in January 2015:

"Schools should not be used either for religious, or secular humanist or atheist indoctrination."

"The state education system should not be used for the social engineering experiments of the secular humanists."

I am sure readers will concur that these are pretty clear cut and unequivocal.

However, back in March 2008, he wrote to the then First Minister Alex Salmond calling on the Scottish Government to set up Presbyterian state schools based on strict biblical principles. He noted at the time that politicians were in favour of Catholic schools and funding for Muslim schools, using these observations to argue: "On what basis they can then turn round and say Calvinist schools would be wrong, or other chosen schools would be wrong, I'm not sure."

He has now returned to this theme in his inaugural sermon as Free Church Moderator this week, stating:

"We need to educate church children in the Christian worldview and philosophy."

So suddenly there would seem to be a great deal of equivocation where none existed before.

Is the Moderator in favour of NO indoctrination in schools of ANY kind, religious or otherwise, as in his Statement 1? Or is he now very much in favour of it as in this week's Statement 3, provided of course that the school estate is subjected to the religious apartheid he advocates? You will note here that the Reverend has conveniently segregated the young into "church children" (Statement 3), and presumably mosque children, synagogue children and gurdwara children are among other default identity groupings he would advocate. Note too that in using the expression "a Christian world view and philosophy" he simply means good old-fashioned indoctrination, although he is not alone in the religious world in using new age expressions such as this and the all-encompassing 'spiritual development' which are much less pejorative. Why else would he demand 'Calvinist schools' if their purpose was anything other than to turn out believing Christians of a Calvinist hue? Would these schools be likely to turn out believing Jews or Muslims? It would be safe to imagine their Christian ethos would be designed not to turn out disbelieving secular humanists or indeed adherents of 'Maryism', the term the Free Church uses to disparage Catholicism.

So is he for or against indoctrination, and for or against 'social engineering experiments'? What we can say with absolute certainty is that he is definitely for religious apartheid. At no point in making these contradictory statements over several years has the Moderator attempted to explain how segregating children according to their parents' beliefs and teaching them often competing sets of world views rather than a universal set of views will lead to happy adults engaged in mutual respect and tolerance. If it's the sort of respect and tolerance this Moderator shows on a regular basis to those who don't share his beliefs (i.e. the usual suspects of religious phobias – LBGT community, women, atheists and secular humanists) then the world will remain in the troubled state we see it in today, torn apart by conflict along fault lines drawn by religious ideologies which are nurtured in education systems.

Instead Moderator Robertson tries to argue the case for segregated education by invoking an appeal to equality. He argues that if Scotland does not permit Calvinist schools as he demands, it will mean that "freedom, choice and equality don't quite extend that far." This is a criticism he likes to level at the secular love of fairness and equal treatment for all regardless of religious belief, and especially when this erodes his deep sense of entitlement to special privilege. But equality and freedom of choice should not mean intellectually vulnerable children will be subjected to religious apartheid and taught competing sets of values, not least because children have rights too, established in the European Convention on the Rights of the Child.

In the case of the Moderator's Calvinist schools, children would be taught matters of non-evidenced faith as historical fact, as well as made to promulgate arguments for the right to discriminate against gay people, women and those who seek a dignified death. The Moderator has campaigned vigorously against same-sex marriage, a woman's right to choose and assisted suicide, as of course he is free to do in secular Scotland – though I am far from convinced such freedoms would be extended in the Moderator's Calvinist Scotland. He is also free to run a church that has neither female clergy nor female elders, nor is it ever likely to appoint a gay reverend. However, his attempts to deny freedom of choice and equality to large swathes of the community fatally undermines any argument he puts forward to invoke the same equality and freedom of choice for himself. This means of course that I disagree with his appeal to equality and argue instead for universal education free from discrimination in selection and employment and from religious indoctrination. I will therefore be accused of persecuting him on grounds of his faith, somehow denying him the right to bring up his children in his own faith, as though it is impossible for him to achieve this in his home, social circle or place of worship and without the state education system doing it for him.

I have no doubt we will have cause to return to Moderator Robertson and his immoderate and frankly confusing views in the coming months. In the meantime I trust he will enjoy his new found platform and continue to engage with us to make Scotland and the rest of the world a better place. But his advocacy of educational apartheid with its conflicting agendas, cloaked in an appeal to equality and freedom of choice, is not the way to achieve this.