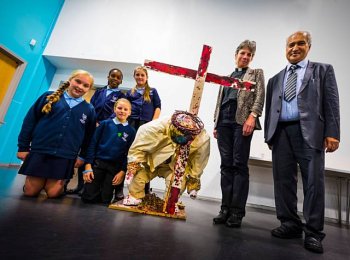 The blurring of the distinction between education and religious inculcation in British schools is preventing young people from receiving good quality objective education about religion and belief, argues Stephen Evans.

The Supreme Court of Canada recently ruled that the religious freedom of a private Catholic school in Montreal was infringed by the state not allowing it to teach Catholicism subjectively.

Under Quebec's secular education system, religion and belief is taught through the province's ethics and religious culture program, which requires schools to teach about religions and beliefs from a secular, culturally and morally neutral perspective.

Schools can apply for an exemption that allows an alternative course to be taught as long as teachers steer clear of injecting their own personal religious beliefs.

Following the court ruling, the Jesuit-run school can now reapply to Quebec's education ministry for an exemption to teach the ERC course from a uniquely Catholic perspective.

It's notable how advocates for allowing schools to be used as organs of indoctrination always focus on schools' or parents' right to religious freedom. The independent interests and freedoms of the child hardly get a look in.

When the ethics and religious course was first introduced in Quebec, some parents headed straight to court insisting that their right to raise their children as Catholics was being denied.

In that case, the Supreme Court ruled that teaching students about world religions did not interfere with their ability of parents to transmit their faith to their children.

Yet here in the UK we still allow some faith schools to provide religious education from their own exclusive viewpoint. Despite being a compulsory subject, there is no national curriculum for RE, and even where a broader, 'locally agreed', syllabus is taught, the line between education and inculcation isn't always clear.

Earlier this week, a new campaign was launched to persuade more graduates to become religious education teachers. RE has long been a contested area of the curriculum. But whatever your views on the merits, or otherwise, of the subject, surely we can all agree that if religion is being taught in schools, it should be taught by properly trained teachers who know what they're doing, and understand that there's a big difference between education and inculcation.

Recently, the National Secular Society was approached by a parent who felt she had no option other than to withdraw her 6 year old son from RE after he was left terrified by a lesson focussing on the story of the crucifixion.

The lesson in question was taken by a vicar, who was teaching children the 'Easter message', and explaining how Jesus was betrayed, humiliated and then nailed to the cross until he died.

The vicar showed the infants a basket of Easter eggs he'd brought along and proceeded to open them to reveal the nails he'd put inside. He wanted to pass them around for the children to feel. The teacher stepped in at this point, but why was a vicar allowed to teach RE in the first place?

With children no longer going to church, the churches know they have go to the children, and many schools appear to be naïvely or unquestioningly facilitating this.

This week I spoke to a secondary school student in Derby who got in touch after attending a PHSE lesson at his school on sexual and substance abuse. The lesson was led by two Christian visitors who had themselves experienced abuse and had considered suicide. Throughout the whole session they gave graphic accounts of their experience, all the while cross-referencing biblical accounts and their own conversion and "saving" by God, and reassuring the students that if this was happening to them, "God loves them".

At the end of the session, leaflets were handed out to all the students promoting a gospel music concert to "raise awareness of the soon return of our Lord and Saviour, Jesus Christ".

The same group led the school's daily collective worship and proceeded to recreate a mock crucifixion nailing a soft toy bunny rabbit to a wooden cross in front of a stunned audience of 14 year olds.

I've also spoken to parents whose children's 'religious education' has consisted of trips to churches to sit through Christian services. In one case, the school refused to offer an alternative activity or even supervise children if parents wanted to withdraw their child from attending Anglican worship.

School trips to churches, as with other places of worship, can of course be educational, but requiring children to take part in religious rituals crosses the line. But that line is crossed routinely by schools that confuse education with religious inculcation. And it's not only in faith schools where this is happening.

When visiting family friends for dinner recently, our jaws collectively dropped when their 5 years old daughter, who goes to the local community school, put her hands together in prayer and started thanking God for the food before us. Despite having their daughter baptised to keep their school options open, our friends had no intention of raising their child as a Christian – and the school had no right taking it upon themselves to do so.

Despite the political establishment reacting with shock horror when it discovered governors had been busy imposing a narrow Islamic ethos on schools in Birmingham, successive governments have done nothing but encourage religion and education to become ever more closely entwined. And they're still at it.

The blurring of the distinction between education and religious inculcation in Britain is largely the legacy of the Church's historical role and influence in education. The Church was setting up schools long before the state concerned itself with the education of the masses.

But eventually the state did step up to the plate, and the Education Act of 1944, the 'Butler Act', provided free secondary education for all pupils and created the 'dual system' that brought religious schools into the state-maintained sector.

If we were to start again from scratch, few would argue that dividing up children by the religious preferences of their parents, and educating (or inculcating) them in along such lines would be a good idea.

But the 'dual system' compromise of 1944 has tied religion and education together in ways that are difficult to untie. Meanwhile, Church and state have combined to convince parents that they have some sort of 'right' to expect the state to fund their children's religious upbringing when no such 'right' actually exists.

However difficult it may be, unpicking the knot that ties religious and education together is necessary work – and moving away from the concept of faith-based schools remains a key objective for secularists.

To do so we must challenge the commonly held view that that students attending state schools are fair game for religious proselytizers.

Faith schools are the ultimate conflation of education and religious inculcation, but the legal obligation on all schools to provide religious education, and a daily act of (broadly Christian) worship also provides a foot in the door to individuals and organisations with evangelistic intentions.

The law requiring schools to hold acts of worship enjoys little support and is widely regarded as an unjustifiable anachronism. Sooner or later, a Government will do the right thing and abolish it.

But religious education is trickier. Whilst (at least in most schools) the subject has evolved from religious instruction, the evolution is far from complete.

Some would argue that religious education should be the responsibility of parents and be kept out of schools all together. That's a perfectly valid point of view, but I would argue that a degree of religion and belief literacy is no bad thing if children are to become skilled intercultural navigators in this incredibly diverse country of ours.

It does young people no harm to be armed with tools to counter extremist narratives. But that doesn't just mean teaching 'religious literacy', it means opening their minds to philosophy, secular ethics and the whole history of human ideas. Allowing RE to ring-fence religious ideas for privileged treatment in schools gives pupils the misleading impression that the 'big questions' always need to be considered through a religious prism. They don't.

So if we are going to teach about religions and beliefs in schools, it's going to need to be part of a broader, carefully crafted national curriculum subject – and taught by properly qualified teachers.

A great number of RE teachers get this, and are doing a remarkable job under difficult circumstances. The 'RE Community' speaks in unison when it says we need "good quality RE". But in truth, there is still a fair amount of disagreement on what "good RE" actually means.

The Church of England, for example, talks a lot about the importance of religious education. In order to improve 'religious literacy', the Archbishop of York says "good religious education" in our schools is "a must". But according the Archbishop, "good RE" includes making sure children take part in acts of worship at the beginning of each school day "to ensure they understand the Christian values of forgiveness, generosity and the importance of serving others".

Any school that promotes these values as uniquely "Christian" is giving their pupils a skewed and very poor understanding of ethics. That's not "good RE".

The Church boasts a lot about how it runs "Christian schools for everyone", but why are we allowing public money intended for state education to be used in the service of instilling a Christian worldview in young people?

We often hear that religious education isn't taken seriously at school – that it's neglected, undervalued and unappreciated. This situation is unlikely to improve until the subject is given the radical overhaul it needs to prevent it from being used as a vehicle for religious inculcation.