Secularist bequest upheld in court, in 1915 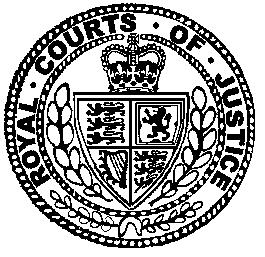 A landmark legal cases involving secularists took place a century ago. In Bowman v. Secular Society the relatives of a testator leaving money to the Secular Society (an associated company of the NSS) sought but failed to have the bequest declared invalid on the grounds – less spurious then – that it was contrary to the blasphemy law.

The NSS worked in both the House of Commons and Lords to secure the abolition of the blasphemy law, eventually succeeding in 2008.

We reproduce the reporting of the case and less than enthusiastic editorial by the Church Times on 23 April 1915, with the kind permission of its current editor.

The decision of Mr. Justice Joyce in re Bowman, which we report at length elsewhere, is of considerable historical interest. A testator had left his residuary estate to the Secular Society, Limited, a Society which has Mr. Foote for its president. The Society boasts a somewhat colourless Memorandum which, however, it is difficult to reconcile with Christianity. The next of kin of the testator attempted to set the gift aside; but this attempt failed, Mr. Justice Joyce deciding that the objects of the Society are not contrary to morality. The question, however, is whether they are contrary to Christianity. Cases as late as the Victorian epoch have decided that such gifts are invalid. Probably the case will be appealed; but the judgment shows that the Chancery Division of the High Court has been affected by the wave of opinion which has modified the Blasphemy Law, finding a punishable offence no longer in a denial of Christianity, but only in a denial couched in vulgar and offensive language. It is now more ridiculous than ever to say that Christianity is part of the Common Law of England.

THE SECULARIST WILL CASE.

THE question at issue in this case was whether the gift of the residuary or the late Mr. Bowman in trust for the Secular Society, Limited, was valid.

The Secular Society is a Company Limited by Guarantee. Clause 3 of the Memorandum of the Company states its objects. Object A is, "To promote in such ways as may from time to time be determined the principle that human conduct should be based on natural knowledge and not on supernatural belief, and that human welfare in this world is the proper end of all thought and action."

The next-of-kin of the testator attacked the validity of the bequest on the ground that it was illegal under the Blasphemy Law and void as being against public policy.

Mr. Cave argued that the gift was bad under the Blasphemy Law, and referred to the Blasphemy Act of William III. (1697). This statute imposes severe penalties on persons who shall by writing inter alia, shall deny the Christian religion to be true or the Holy Scriptures of the Old and New Testament, to be of Divine authority. Until this statute was amended in favour of the Unitarians it denounced similar penalties against them, and on this ground it was decided (1835) by Lord Lyndhurst, in the case of Attorney-General v. Pearson, that Unitarians were unable to participate in Lady Hewley's Charities.

Mr. Cave referred to the prosecutions under the Blasphemy Law, tracing them back to the seventeenth century. He admitted that at the present time the Blasphemy Law is in confusion, since some judges take the view of -the late Mr. Justice Stephen that a denial of the Christian religion, in whatever language expressed, renders the offender liable to prosecution, while others follow the view adopted by the late Lord Coleridge in the Foote case, that blasphemy consists only in a denial of Christian verities expressed in contumelious language. Ho also referred to the ease of Briggs v. Hartley, 1850, where Vice-Chancellor Shadwell held that a legacy for an essay to show the sufficiency of natural theology to constitute a perfect system of religion was bad as being against Christianity, and to Cowan v. Milbourn, 1867, where a contract to let a hall for free-thinking lectures was held to be unenforceable.

At several points during Mr. Cave's argument Mr. Justice Joyce insisted that he could see nothing contrary to Christianity in the secularist Memorandum. His lordship expressed his approval of Lord Coleridge's view of the meaning of the Blasphemy Law, and with the statement that Christianity is no longer part of the law of the land. At the same time his lordship stated that he had no sympathy with the secularists.

Mr. Justice Joyce, in a brief judgment, said the case must be decided by law, and he did not find anything in the Memorandum of the Secular Society subversive of morality or contrary to law. Consequently the bequest was good.