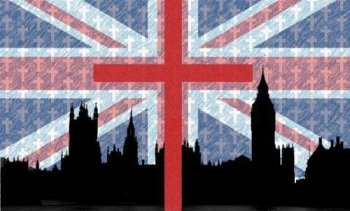 The Equality and Human Rights Commission (EHRC) has published the results of its research into the way religion is treated at work.

The report appears to proceed from the assumption that there is some kind of major problem in workplaces up and down the country, with conflict over personal beliefs a major issue for workers.

They seem to have fallen hook, line and sinker for the propaganda promoted by The Christian Legal Centre and the Christian Institute with their endless failed legal attacks on the equality law.

The EHRC has given undeserved traction to the claims that there is a widespread ban on wearing religious symbols, or that poor, put-upon Christians are being tormented and mocked all day long by their colleagues because they go to church. But these kinds of incidents are very rare and when they do occur, the Christian Legal Centre makes sure they are writ large in the Daily Mail and the Daily Telegraph.

The ultimate aim of the evangelicals in creating this mythology is to either have the equality legislation abolished completely or have it rewritten so that Christians are exempted from observing it, but still receive the full benefits of the protection it offers.

They want carte blanche in the workplace for the pious. They want the right to demand time off to observe their holy days, whatever the consequences for the business they work for. After all, as far as they're concerned, a person's "faith" trumps all other business considerations.

They want to refuse services to people of whom they don't approve (let's be honest, lesbian and gay people). They want to be free to proselytise and use the workplace as an extension of their church or mosque. They want prayer rooms and halal only canteen facilities. They want diversity policies rewritten so as to exclude gay people.

By giving credence to these ambitions through the publication of this report, the EHRC is endangering the whole concept of equality legislation. It has given the Mail and the Telegraph another opportunity to reinforce the idea that discrimination against Christians is widespread.

So, what is the real story of religion in the workplace? I can only tell of my own experience.

I worked for almost thirty years for a London borough which is one of the most diverse and multicultural in the country. As part of its policy of inclusion, the council drew its workforce from all sections of the community. This meant that in my decades working in a day centre for adults with profound learning disabilities, I met and worked with people from all over the world.

I loved it. I made good friends with people from Nicaragua, China, Russia, France, Italy, Germany, Pakistan, Zimbabwe, Nigeria, Fiji and many more. Because I was working in the "caring sector" the sorts of people who were attracted to the job were generally kind, compassionate and concerned. They were also often very religious.

I worked with many black evangelical Christians who felt it was part of their religious calling to work in such a difficult and challenging environment, taking care of people who would otherwise be rejected by society. I found their religious enthusiasm quite perplexing – incomprehensible even – and they were equally totally flummoxed by my atheism. They had been, until then, totally enclosed in their happy-clappy community where the possibility of non-belief didn't seem to exist.

I didn't mind their constant discussion of the finer points of the Bible. I even helped one man write a sermon for his church, the first he had ever delivered.

Despite the occasional robust exchange of opinion, we got on with our work together in mutual respect. Humorous banter was never interpreted as "disrespect".

Then there was the Church of England vicar who came to work with us. He had decided to resign from his parish over the Church's liberalising approach to women. He was working at the centre from an agency, just as a social worker not as a clergyperson, needing to make some cash before he joined the Catholic "ordinariate".

I couldn't have disagreed with him more over his opinions, but strangely I quite liked him personally and we got on very well. Again, our discussions were frank, sometimes mocking, but both took it on the chin.

It would never have occurred to either of us to go complaining to the manager that our religious or non-religious approach to life was not being properly respected.

The only real problem I experienced over religion came from a cook, who was a devout Muslim, complete with moustacheless beard and traditional Pakistani clothing. It was his habit to play tapes of recitations from the Koran during meals – very LOUDLY.

I don't understand Arabic, so what was being recited meant nothing to me, but I had to complain because of the noise. Some of the people we were caring for were very sensitive to loud noise and trying to eat in a dining room where over-amplified chanting was being broadcast was becoming problematic.

I suppose he could have accused me of religious intolerance in making that complaint, but it was nothing to do with the man's religion, it was about the anti-social volume of his tape player.

I had another Pakistani colleague, someone I worked with for 20 years, who I liked very much, a woman who had become almost entirely westernised. One very hot summer's day she came to work wearing a short-sleeved blouse, like all the other women. But when the Muslim cook saw her he said that she was a disgrace to Islam for showing her arms in that way when there were men around.

She immediately put on a heavy cardigan, guilt-tripped into it by the po-faced Islamist in the kitchen. That annoyed me, but I realised it was her decision and said nothing.

This man was eventually fired from his job – not because he inappropriately intruded his religion into the workplace, but because he had been using the centre's telephone to call premium-rate pornographic phone lines. When the phone bill arrived, he had racked up hundreds of pounds at council tax-payers expense.

The workforce of our day centre was so diverse that the potential for religious conflict was enormous, but apart from these few small incidents there was general peace and harmony.

The workplace is a wonderful place to have your prejudices challenged, an opportunity to meet a wealth of different people and to learn to get along with those who have very different lives to your own.

I am not claiming here that workplace bullying, harassment and intimidation doesn't exist. I have seen enough of it in a long working career and I know that not all working environments are free from crude racism and prejudice.

But that is what the equality legislation is there for. It is to protect individuals from such nastiness, and if that nastiness is because of their religion (or their sexuality) then it needs to be challenged.

But protecting people from victimisation is not the same as protecting them from discussion and from their workmates challenges to opinions that they may find disagreeable (so long as it is reasonably expressed). It is not about giving one group of people special rights and privileges.

The evangelical Christians who have created this myth of widespread religious conflict in the workplace have done a good job in misleading us.

They have convinced a lot of people that if an employer insists that everyone in their workplace observes health and safety regulations (maybe involving the removal of jewellery) then Christians have been "persecuted".

Or that by asking them to do their job in its entirety – even if that means serving gay people or handling alcohol or pork products – they have subjected them to discrimination.

We will wait for the new guidance from the EHRC, but we hope that it will be based on fairness, justice and common sense – not on the dissembling demands of the Christian Legal Centre.