Churches, charity and the conferring of privilege 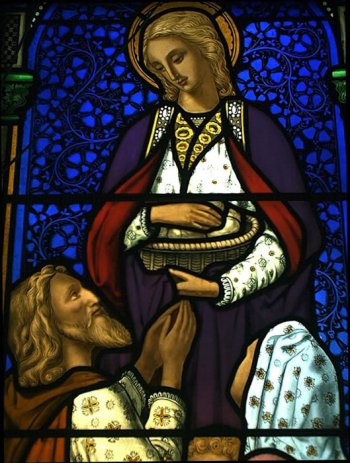 There are many ways to do good, including campaigning for human rights and equality over discrimination and prejudice, but charitable work is not a bargaining chip for special privileges, argues Alistair McBay.

Recently some Christian leaders in Scotland angered at secularists challenging their privileges have responded by pointing out the National Secular Society and other secular groups don't run care homes, or operate food banks, or run adoption agencies. Secularists have been the target of this ill-informed sniping from both the Free Church of Scotland and the Church of Scotland, and Anglican and Catholic leaders have made similar attacks in the past. So here is an attempt to set the record straight on a few points.

So while it is true that the NSS runs no care homes or food banks, the religious leaders who condemn us for failing the vulnerable can be accused of the very same. For example, they have never campaigned for equality for the LGBTi community. In fact, they continue to campaign for LGBTi rights to be restricted and for Christians to be able to practise discrimination and prejudice against them through exemptions from the Equality Act. They also campaign to retain the legal right to exclude children and teachers on the grounds of their parents being of the 'wrong' religion or no religion. There is not much charity in evidence here - just the demand that Christian belief be seen to confer a right to discriminate against, segregate and exclude vulnerable groups.

I know of no secular charity that prostitutes its charitable works as justification for retaining special privilege in society - that seems to be the sole prerogative of some religious groups. All over the UK, every day of the year, people of all religious beliefs and none perform selfless works and activities to raise funds for those worse off in some way, or give up their valuable personal time as volunteers to make better the lives of others less fortunate. Yet the only people who consistently brag (sorry, bear witness) about what they do in this regard are church leaders looking to leverage this work in exchange for power and privilege, and to champion their allegedly superior belief system.

The NSS is a fervent supporter of charitable works conducted by organisations both religious and secular. We applaud all organisations that do such work, although we rightly object where receipt of charity is dependent on some form of religious observance. Many secular charities do much good, but we never hear them claiming in the media that their good works confer the right to dictate how the country should be run, to discriminate, or to promote the primacy of their philosophical beliefs.

Of course many secularists donate or support charities run by religious groups, including the many secularists who are also believers. How wonderful it would be if Christian leaders could continue the good work that their churches and congregations do because they are just good people with a human desire to help others, and did so without using it as a bargaining chip for special favour and influence.

Yet in its own way the NSS funds charitable organisations and activity. For example, we may not run schools or provide shelters for battered women, but our annual Secularist of the Year fund has recognised and rewarded charities such as Plan UK which supports the education of girls and young women around the world, an award we made in recognition of the wonderful example of Malala Yousafzai. We also continue to support secular groups such as the Southall Black Sisters, who do such sterling work on behalf of victims of domestic abuse in the UK's black and minority ethnic communities and challenge the religious dogma which contributes to their marginalisation. And we could do so much more of this if only we didn't pay our taxes in full and enjoyed the tax breaks and regular Government handouts the churches receive.

I have yet to see any church leader comment that the £15m handed out in the Chancellor's Autumn Statement for church roof repairs would be better spent directly providing a happier Christmas for many of the homeless. And this, remember, is on top of the £42m Listed Places of Worship Grants Scheme, which provides funding amongst other things for auto-winding turret clocks, pipe organs and bells and bell ropes!

Finally, a word about the topical subject of food banks, to which I and many other secularists donate regularly. Let us not forget that the current Government in Westminster claims to be a Christian Government in a Christian nation, and reminds us regularly that it is proud to 'do God'. This is a Prime Minister for whom the existence of food banks is "part of what I call the Big Society".

In the past we have supported the former Archbishop of Canterbury Rowan Williams who alerted Christians in June 2011 to the dangers of this Government initiative to shrink the state and hand more control of services to volunteer groups and charities. The Archbishop warned that 'Big Society' might be a 'stale slogan' and a euphemism for 'an opportunistic cover for spending cuts.' This much was apparent in an address to the Council of Christians and Jews at a reception in Downing Street in 2012, where David Cameron reaffirmed his Big Society idea in these words: "There's a huge space between government and the individual that can be filled by organisations, faith-based organisations perhaps in particular, that can deliver great public services, that can do great things in terms of tackling some of the problems of our time." Those church leaders who proclaim their role in providing food banks should remember that it is due to the austerity policies of a Westminster Government that 'does God', complete with a Christian evangelical Minister for Faith, that such food banks exist.

In short, there are three principal ways to assist the needy, the vulnerable and the less fortunate. One is as a responsible individual with a regard and respect for our fellow humans, and to do whatever we can as individuals to alleviate the suffering or distress of others. Then there is the registered charity route, be it Muslim, Christian, Jewish or secular in construct, which gives structured help. We applaud the work of all organisations in this regard, secular and religious. The final route is to campaign for human rights and equality over discrimination and prejudice, and for inclusivity of public services rather than exclusion from them. That is also a vital service for the vulnerable and oppressed, and it is funded in our case wholly by members' subscriptions and legacies, and not Government handouts and tax concessions for buying bells and organs.

All three methods of helping the vulnerable are necessary. But none should merit the provider a special privilege in society over any other. It is time Christian leaders practised a little more of the humility they preach alongside the equally valuable work all our organisations perform.