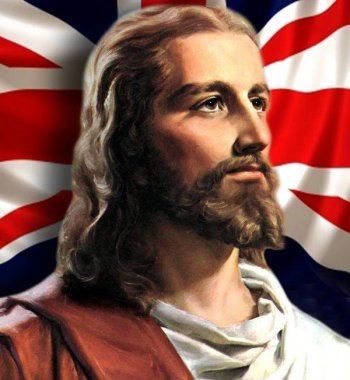 When mainstream politicians endorse the 'Christian Nation' narrative they feed both Muslim and Christian persecution complexes and pander to the far-right, argues Alastair Lichten.

Elements in the current government like to promote the dog whistle message that Britain is a "Christian Nation". This is intended to reach out to their traditional voters who may be worried about the rise of Islam and the decline of historic Christian privilege.

A version of this narrative is shared by the Christian/nationalist far-right who see themselves and their traditional religious/racial privileges as under threat from the spectres of 'the Muslims', 'militant secularists' or 'multiculturalists'. It marginalises Muslims from mainstream national identity, leaving them vulnerable to Islamist groups.

Speaking to Christian Today, Alan Craig, the former head of the Christian People's Alliance, blamed the rise of far-right organisation Britain First on a "political elite" with an "inbuilt hostility against Christianity" who have "wrecked our heritage" as a Christian Nation.

Speaking to the same newspaper Britain First's leader, Paul Golding, said: "What we stand for is not at all at odds with Christianity, our ideology is a Christian ideology". The organisation claims to have 155,000 registered activists – 75% of whom identify as Christian and their mission statement includes:

"Christianity in Britain is under ferocious assault: many Christians now face discrimination and persecution because of their beliefs in many areas such as employment, business, and adoption.

"We will restore Christianity as the bedrock and foundation of our national life as it has been for the last one thousand years."

This is straight out of the Government's own 'Christian Nation' narrative. Numerous Ministers (including the last two Ministers for Faith) have sought to promote the, quite ludicrous, idea that Christians in modern Britain are being persecuted for their beliefs. This idea forms the basis of populist attacks against principles of secularism and equality.

On the eve of the recent Rochester and Strood by-election, Paul Golding sought to drum up support for Britain First's candidate and their Christian Nation credentials. After gaining 56 votes their Facebook page featured a picture of Jesus wrapped in the British Flag and the caption: "WE THANK OUR SAVIOUR FOR THE VICTORY TONIGHT. ONE BLOOD, ONE NATION, ONE FAITH! Britain First"

Understanding Britain First requires understanding the recent history the British National Party – from whom the group splintered in 2011. The BNP had achieved some relative electoral success under then leader Nick Griffin. Griffin recognised that openly race-based identity politics had become too toxic and strengthened the religious identity politics that had always been a part of the party and its predecessors. "Christian" as it always had been was used as code for white and "Muslim" became the new preferred code for immigrants and ethnic minorities. The BNP whipped up local scare stories about Christmas being cancelled or Christians being 'persecuted' and started to feature the phrase "What would Jesus do?" on prominent campaign posters.

Far-right movements feed off each other and poison the well for moderates. The EDL emerged as a response to a poppy burning protest by far-right Islamist groups in 2010. The EDL's activities served to demonise ordinary Muslims. Islamists, who are a tiny minority of the Muslim citizens living in the UK, used the threat of the EDL as a recruiting tool. The EDL used the rise of Islamist groups to recruit more members, who demonised ordinary Muslims. And so the cycle continues.

The EDL's former leader, Tommy Robinson, has claimed that he is not particularly religious but believes it is important to defend Britain as a Christian Nation to protect against Islam and extremism. The echoes of the Government's own Christian Nation narrative are clear.

Claiming that we are a Christian Nation and that our secular justice system is based on Christian principles also plays into the Islamist far-right's attack on universality. It allows them to put pressure on the Muslim community to distance themselves from such 'Christian' institutions and to rely on alternatives such as 'sharia courts'.

To the Christian/nationalist far-right, Islamist attempts to promote a parallel religious legal system pose a threat – not to the rights of such a system's victims (predominantly Muslim women) – but to 'Christian' institutions.

When Britain First's uniformed thugs print up their literature, 'invade' a local mosque or mount a "Christian patrol", they are not setting out to make legitimate reasoned criticisms of Muslim beliefs or Islamist practices.

The silencing of legitimate criticism is key to them getting their message heard.

When critics (including liberal and secular Muslims) are prevented from airing honest criticisms of Islamic beliefs; when human rights campaigners are labelled 'Islamophobic' for criticising Islamist organisations; when ex-Muslim are labelled bigots for sharing their personal experiences; this creates a vacuum which the far-right fill.

Christian Nation style identity politics, when promoted by any source, only serves to breed a sense of entitlement in some Christian sub groups, while marginalising majority of British citizens who are non-religious (2013 BSA survey) and the country's growing religious minorities.

We can be proud that our nation is home to people of all religions and none. Britons, be they Muslim or Christian, Hindu or atheist, may face many issues of religious privilege or discrimination but enjoy a greater degree of religious freedom and peace here than in any theocratic country.

Whist we may all differ in our personally held beliefs, we share the same protection under universal human rights. Secularism not only provides a framework for protecting the rights of all citizens equally, but also to challenge the identity politics of the far-right (be they Islamist, nationalist or Christian) by refusing to divide our fellow citizens into 'true Muslims', 'false Christians' or 'real Britons'.