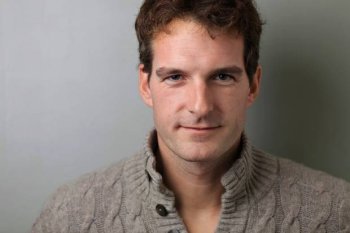 It is one of the most important events of the year. I remember my dad taking me when I was a boy. Pressed against the temporary railings, overwhelmed by the power of the British state's simplest yet most moving ritual. On the nearest Sunday to 11 November, the eyes of the UK and many in the Commonwealth are focused on Whitehall and the Cenotaph.

It is unique. The leaders of the political parties stand side by side, their bickering stilled for an hour, the Queen in jet black, alone, bows her head with a mournful gratitude and then the veterans march past, obviously enjoying the chance to meet old friends and grieve for old comrades. If people choose just one event to engage with from all the ceremony and theatre of the British calendar, it should be Remembrance.

There is no greater sacrifice than giving one's life for one's fellow citizens, and, correspondingly, there is no greater responsibility we have as voters than to send our armed forces into harm's way on our behalf.

Yet for many of us in today's Britain, this important ceremony is diminished by the dominance of a religion that fewer and fewer people follow. An Anglican bishop presides over a portion of the ceremony. His fellow imams, priests, patriarchs and primates stand by like also-rans and there is no sign of a secular representative.

We live in a country where about half the population say they have no religion. Fewer of us than ever are active believers in the Christianity of the Church of England. There is a great danger that by letting a bishop dominate and refusing to admit a secular presence at the ceremony it will be diminished or even ignored by modern Britons.

There is nothing new in this desire to better reflect the world in which we live. After the first world war the Cenotaph was designed by Edwin Lutyens as a secular memorial because the war dead were from a dizzying array of peoples, nations and creeds. The prime minister, David Lloyd George, backed him up. He insisted on a secular monument and he rejected an alternative proposal for a huge cross at Admiralty Arch. The government also rejected Church of England proposals that it should have Christian inscriptions on it or a cross on top of it. At its dedication on 11 November 1919, the King simply unveiled it, after which were two minutes silence. Many in the church were appalled by the lack of ritual.

The Cenotaph is a state monument. It is not a religious one. About 26,000 serving members of the armed forces today describe themselves as having no religion, which makes the non-religious the second-largest belief group (after Christianity). We cannot continue to exclude a representative of these serving men and women, not to mention the tens of thousands of people of no religion who served in the world wars – men such as my grandpa, and many of his comrades.

Remembrance is one of our most important duties as citizens. The act itself must reflect changing times. The event at the Cenotaph every November must feel as relevant and profound today as it was when it was first conceived. It must reflect the society it serves. If people switch off, they will forget. And when we forget, we repeat.

Dan Snow is an honorary associate of the NSS and has presented many history programmes for the BBC. This article first appeared in the Autumn edition of the NSS Bulletin and was also published by the Guardian on Comment is Free.

Dan Snow is an honorary associate of the NSS and has presented many history programmes for the BBC. The views expressed in our blogs are those of the author and may not represent the views of the NSS. You can follow him on Twitter @TheHistoryGuy