Assisted Dying: It is now a case of ‘when’, rather than ‘if’ 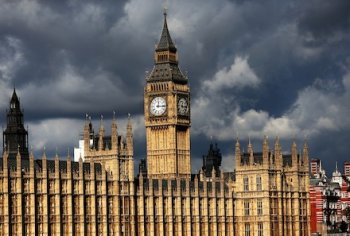 On Friday 7 November the Assisted Dying Bill was debated in the House of Lords. The executive director of the National Secular Society, Keith Porteous Wood, who attended last Friday's debate, reports back about the debate and the Bill's progress.

Although the Assisted Dying Bill is unlikely to make it to the statute book this session, the progress made during the debate on Friday means that it is now a case of 'when', rather than 'if', some form of assisted dying legislation is passed for England and Wales.

The National Secular Society have long supported attempts to legalise voluntary euthanasia in the UK, and I am very pleased that much further progress was made on Friday.

No previous Bill has made it to committee stage, the second major debate in a Bill's passage. The task before the Bill's promoters on Friday was daunting; almost 200 amendments had been tabled, mainly by opponents, some of which were intended to bog down the debate, if not to wreck the Bill altogether.

There were quite a number of peers, mainly on the Conservative benches, who rarely attend the House, but had come on Friday - almost certainly to oppose the Bill. They were led by a number of big hitters including Lords (Alex) Carlile QC, (David) Alton, (Brian) Mawhinney and former Conservative Lord Chancellor Lord Mackay. No one was confident of the outcome: some even predicted filibusters.

Former Lord Chancellor Lord Falconer, who had introduced the Bill, skilfully and patiently manoeuvred his way through these amendments for seven hours. Sometimes he accepted suggestions or technical improvements that would be incorporated at a later stage, but generally he gave convincing counterarguments and expressed an unwillingness to concede the central aims of the Bill. Despite this Lord Falconer, together with NSS Honorary Associate Baroness Murphy and Baroness Jay of Paddington, deftly avoided any defeats.

The success was not without cost, however. The promoters decided tactically to accept an amendment requiring judicial oversight in addition to the relevant doctors' certificates. Having made this change, it was clear that the overwhelming majority of the House were happy for the Bill to proceed. Opponents, largely coming from a religious perspective, sensed this so decided early on that they would not risk calling a division that would reveal the paucity of their support.

Unsurprisingly, the mountain of amendments could not all be debated on Friday. More time is needed, and it is far from clear if this will be provided. Even if the Bill were to clear all of its hurdles in the Lords, it would then only become law if it passed through the Commons. This is highly unlikely as the Prime Minister has expressed his disinclination to assist the Bill in its passage, and there isn't enough time before the election. It is therefore relatively academic whether any more time is allocated; the Bill will not complete its passage through Parliament.

Supporters hope, however, that after the General Election the government of the day will recognise the support the Bill received in the Lords, and of course in the country as a whole (where 73% are in favour), and that a new government will hopefully give time for a private members' Bill to start in the Commons. This does not require the government to endorse the Bill; support would be a question of conscience, just as it was for the Marriage (Same-Sex Couples) Bill, now Act.

Dr Michael Irwin, the NSS honorary associate and long-time campaigner for voluntary euthanasia both in the UK and internationally, described Friday's debate as "a positive step". Lord Falconer and his colleagues, and Dignity in Dying, have made significant progress.