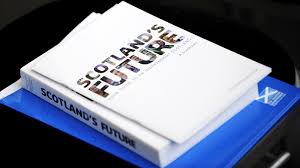 The Free Church of Scotland has labelled secularism "harmful to society" and called for the new Scottish constitutional settlement to reflect Biblical principles. Benjamin Jones argues that secularism is in fact entirely impartial, and defends the rights of the religious and non-religious alike.

In a submission to the Smith Commission on increased powers for Holyrood, the Free Church of Scotland has claimed that secular humanism is "harmful to society" and argued for an increased role for religion in public life.

James Fraser CBE and Rev James Maciver, writing on behalf of the Free Church, stated that "more than 50% of the people of Scotland describe themselves as Christians" and argued, on that basis, for a "level playing field" which favoured Christianity as the state religion.

In fact, the Scottish Government's own figures clearly show whilst all Christian denominations combined do total 54%, between 2001 and 2011 the number of Scots describing themselves as having no religious faith increased by almost 1% a year. Indeed those professing "no religion" are actually the single largest census block of the Scottish population.

In that same time both the "Church of Scotland" and "other Christian" categories fell significantly. The only Christian denomination to see an increase in Scotland was the Roman Catholic Church; although in 2011 Catholics totalled just 15.9% of the Scottish population, less than half of the 36.7% who professed no faith at all.

Whilst ostensibly calling for a "level playing field", the Church's submission actually calls for the state to ground society in "universal values" which are "embedded in our Christian heritage". Indeed, the Church argues that a "flawed concept of tolerance" and the "principle of equality over [and] against religious freedom have all conspired to make it difficult to offer the transforming power of the Christian religion to the people of Scotland". The Church also stated that "unfettered sexual equality in particular jeopardises the primacy of the heterosexual family unit as the primary building block of society".

The Church writes explicitly that they are not "arguing for a pluralistic society" but one where one faith, Christianity, is paramount above the others. Despite the fact that the number of Christians in Scotland has dropped dramatically in the past ten years, the Free Church still claims Christianity's remaining numbers as reason for the Scottish Government to favour the Christian faith above other religions, and above those who have no faith.

Whilst the Free Church claims to want a "level playing field" in the "public market place", their submission is clearly aimed at entering Christianity into that market from a position of state sanction, government support and statutory privilege. The census figures, polls and academic study all show that Christianity is losing its monopoly in that market of ideas and that the time has long since come for different philosophies (religious or not) to compete without government interference or promotion.

The Free Church accuses "minorities such as the secular society" of barring "Christian access to schools" and making it "difficult for Christian organisations to recruit Christian staff who share the beliefs and agenda of their employing organisation".

On the contrary, the continued entanglement of church and state has produced very real discrimination in recent weeks alone. Herald Scotland reported non-Catholic pupils in Falkirk being forced to "use placing requests" to get into Catholic schools, "even if they live in the catchment area".

Whilst last month a Catholic faith school in East Sussex forced out a successful head teacher because he was not a practising Catholic, despite the fact he had turned the primary school around after it was placed in special measures under the previous head teacher. Shortly after this story, the Catholic news website The Tablet reported that "Catholic head teachers must be offered better support if faith schools are to combat a dramatic fall in the number of people applying for senior roles".

Furthermore, the National Secular Society recently reported the plight of non-Catholic school children being forced off a school bus in Flintshire, just because the children were not practising Catholics.

So, whilst the Free Church claims that secularism is having a detrimental effect on access to education, the very opposite is in fact true, and religious requirements on staff and students are obstructing school life, and creating unnecessary obstacles for teachers, parents and children.

Secularism isn't about curtailing religious freedoms; it is about ensuring that the freedoms of thought and conscience apply equally to all believers and non-believers alike. Whilst the Free Church may argue that secular humanism is "value-loaded", the NSS actually argues for a separation of religion from the state specifically so that no minority or majority group, of any size or strength, can impose its philosophical, spiritual or religious beliefs on others.

The basis of the Free Church's "plea" to the Smith Commission is the number of practising Christians in Scotland. This is a bogus reason for strengthening the role of Christianity in Scottish public life, or the UK as a whole. Firstly, the census information cited by the Free Church ("more than 50% of the people of Scotland describe themselves as Christians") only tells us that 54% of Scots consider themselves to be Christians. It tells us nothing about their views on the separation of church and state, or what they think about one particular Christian denomination having official state sanction whilst others don't. It is entirely possible to be a Christian and a secularist, though the Free Church intentionally conflates "humanism" with "secularism" throughout their submission document.

Secondly, even if polling information showed conclusively that an absolute majority of Scots wanted Christianity to be the officially sanctioned religion, every first year politics student knows that a "tyranny of the majority" should not be allowed to prevail over a minority. In other words, democracy should not be boiled down to absolute majority rule; minority protections should exist. Given demographic trends, which recently revealed further collapse in the numbers of the self-declared religious, the Free Church may want to give some thought to these minority rights, which will also protect Christians when (as seems inevitable) non-believers outnumber Christians in the UK. Secularism, as the NSS sees it, is the neutral arbiter of state power, so that no religion or ethical doctrine is mandated or favoured by government.

No doubt this is why the Free Church's submission is at pains to state its view that "humanist secularism" is not in fact a neutral position, but a "value-loaded one". We may even grant that, (given the Church's repeated conflation of the ethical doctrine "humanism" and the constitutional arrangement of "secularism") but the type of secularism that the NSS campaigns for is entirely impartial. We do not want to extirpate religion from society; simply to have a state which is non-partisan about matters of faith and conscience. For many Christians this is also a position the Bible adopts ("then saith he unto them, render therefore unto Caesar the things which are Caesar's; and unto God the things that are God's").

The Free Church is appealing as part of a Christian majority for its right to influence the flavour of the Scottish state, but it clothes itself in the rhetoric of an abused minority group. By relying on the bulk numbers of Christians to override basic principles of constitutional thought, the Free Church opens its position to criticism down the line. After another decade of demography, it is entirely likely that Christianity will find itself even more dwindled (thought I do not expect, as some do, that the faith will disappear altogether. I imagine it will exist alongside other, similarly sized minority religions). At which point, the faith will have no recourse to majoritarian appeals. It would, therefore, be much better to settle this matter amicably now, and design as unobtrusive a political settlement as possible.