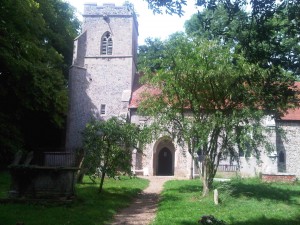 I am delighted that Lord Eric Avebury has moved the first reading in the House of Lords of the Chancel Repairs Bill. Eric (the former MP, Eric Lubbock – the famous Orpington Man) must be our longest serving Parliamentarian. Having been elected as MP for Orpington in 1962, with a massive swing from the Conservatives, he succeeded to the Peerage as Baron Avebury in 1971, and has held his seat as one of the 93 elected hereditary peers.

Over the years he has continued as a keen and active supporter of the Liberal Democrats in Orpington, and one of our most hard working peers.

He has also published an Explanatory Note with the Bill.

This Bill should end the practice of Church of England churches registering notices against people's titles at the Land Registry, which prevent them selling or mortgaging their house without making a payment to the Church.

It should be given a second reading without delay, and I suggest we all should support it as it is one of the founding principles of our Party enshrined in the Preamble to our Constitution that we oppose all forms of entrenched privilege and inequality.

Many notices have been registered against people's titles, notably in Lytham St Anne's and Gorleston and communities affected have been in uproar.

Chancel repair liability is an odd survival of the medieval system of tithes (one tenth of the arable crops of certain 'tithe fields' had to be handed over to the Rector of the Parish). The Rector was responsible for repairing the Chancel, as it belonged to him, and the rest of the Church belonged to the parishioners.

This should have been fully abolished in 1936. Under the Tithe Act 1936, the vast majority of chancel repair liability was transferred either to Parochial Church Councils or to the Church Commissioners, and the Government paid huge sums in compensation stock to the church authorities for the extinguishment of tithe rent charges, and that was more than adequate compensation for the total abolition of chancel repair liability.

The Law Commission recommended abolition in its 1985 Report , which successive governments have refused to implement, for no good reason. This was despite the fact that the reform had been initiated by the Church of England through its General Synod debate in 1982 on its Standing Committee Report.

This was fully accepted by the Church of England General Synod after a debate.

If you can't wait to read even more about this fascinating subject, I can only refer to my submission.

If enough people write to their MPs about this I hope it will get a second reading soon.