Sixth formers: You have the right to withdraw! 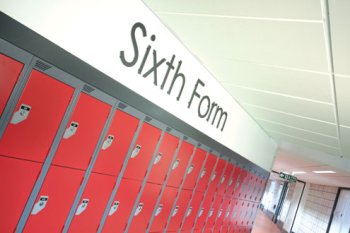 Sixth form pupils can excuse themselves from acts of worship – but it appears some schools aren't so keen on recognising their students' rights to religious freedom.

Sixth form pupils over the age of sixteen have, since 2006, enjoyed the right to withdrawal themselves from acts of worship in schools – including in faith schools and academies.

So it has been surprising in recent weeks to receive calls into the NSS office from sixth form students experiencing difficulty when attempting to exercise this right.

In the two most recent cases, both schools were faith schools, and both pupils were themselves religious, but neither shared the faith designation of the school they attended.

In one case a practising Christian who regularly attends a Baptist Church requested permission not to attend the school's Church of England services. Rather than respecting the student's decision, the school's Head raised the possibility of expulsion.

In a second recent case, a Muslim student attending a Catholic school was told in no uncertain terms that if he wished to be a part of the school, he would have to attend all religious services and "take part by singing and saying the words".

The NSS campaigned hard during the passage of the Education and Inspections Act to make parliamentarians recognise that young people, like everyone else, have the right to freedom of thought, conscience and religion – and that those old enough to make informed decisions for themselves should be allowed to do so.

It could be argued that many pupils under the age of sixteen have sufficient understanding and intelligence to make their own decisions about their beliefs – and should be regarded as legally competent to decide for themselves whether or not to worship.

But the law sets the bar at sixteen. That means the right to withdraw a student below that age rests with the parents – but students over sixteen can decide for themselves.

But the schools in question took the view that if the pupils (or their parents) had difficulty in accepting the school's religious ethos then they shouldn't have chosen the school in the first place.

When polled, 77% of parents said their choice of school is made on the basis of its academic standards. 58% said that the location of the school influences their decision. Just 5% say they would choose on the basis of giving a "grounding in faith tradition"; and only 3% for "transmission of belief about God".

So it's wrong for any school – including faith schools – to assume the religion of its pupils. These are publicly funded schools – not churches. The vast majority of young people are there to be educated, not preached at.

Even if there were no statutory protection, there is simply no moral justification for forcing young people to take part in acts of worship with which they do not agree.

I'm pleased to report that having being alerted to both the unreasonableness and unlawfulness of their actions, both of the above-mentioned schools, have since repented – and acknowledged their pupils' right to withdraw.

Let's hope that one day soon our lawmakers will recognise that religious worship doesn't belong in schools and abolish the 70-year old requirement. Instead, schools should be ensuring that their assemblies are relevant, respectful and inclusive of all their pupils, whatever their religious backgrounds.

Until that time, at least sixth formers can decide for themselves whether or not to take part in acts of worship – provided that is, that their schools obey the law.