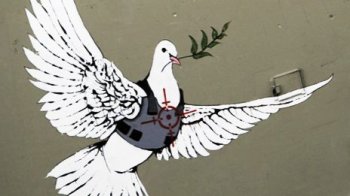 In an essay written to coincide with the publication of her new book, Karen Armstrong diagnoses the secular impulse as a cause of religious intolerance and extremism. Ex-Muslim al-Razi argues that the secular movement is in-fact responsible for the good things that religions now claim to be their intrinsic values, and says Armstrong's critique of secularism is a form of apologetics for fundamentalism and bigotry.

In an essay titled 'The Myth of Religious Violence' Karen Armstrong illuminates her own contradictory and ethically confused thinking on matters of secularism and religious intemperance. At the end of the essay she says: "When secularisation has been applied by force, it has provoked a fundamentalist reaction".

Ex-Muslims can attest to how, too often, any kind of critical scrutiny of Islam, and any kind of secular impulse, indeed any kind of refusal to submit to religious authority 'provokes' a fundamentalist reaction. And so we are told that it is our own fault for being abused. We 'provoked' our beating, because we refused to submit, we refused to obey, we wanted to create a free safe space, to think, to question, to escape Islam, because we asked questions like – "why does Islam teach that those who leave and criticise it deserve to be persecuted and even killed?"

Essentially, Armstrong presents, in the politest terms, a path by which moderate religious people can endorse the 'logic' by which the extremists play the game.

In a recent review of "Misquoting Muhammad: The Challenge and Choices of Interpreting the Prophet's Legacy" by Jonathan AC Brown, Armstrong says:

"He shows how western criticism has been one of the many factors that has radicalised contemporary Muslim thought. Much of our modern discourse is inappropriately omniscient and aggressive: it is not enough for us — in politics, the media or academia — to seek the truth; we want also to defeat our opponents. If we wish to heal our perilously divided world, we need a dialogue with the Muslim world guided by Socrates, the founder of western rationalism, who believed it was pointless to enter into a debate with the objective of forcing our dialogue-partner to accept our own convictions; rather, he insisted, true exchange began only when we realised how little we know."

Essentially, Armstrong says that mere critical scrutiny, exchange of ideas, and ethical judgment is directly responsible for 'radicalising' Islam. This is not a physically violent aggression 'applied by force' by an outsider that results in religious fundamentalism as a response. This is Karen Armstrong complaining that consideration, critique and free conscience towards Islam is responsible for Islamic thought becoming radicalised.

The fact that criticism exists, is the offence.

Armstrong neglects to mention how Islam itself asserts omniscient ideas about truth and how human affairs should be ordered, not to mention assumptions of superiority and absolutist positions. But more importantly, Armstrong is laying the foundation of a blasphemy taboo, applied with passive-aggressive manners. It says "If you critique religion in a way that people predisposed to react radically in response to it respond radically, you are to blame for the consequences". So to be 'tolerant', and have 'peace', don't be critical of religion, in particular, don't be critical of Islam.

This could be viewed simply as being a case of philosophical / ethical masochism and cultural relativism, and summarily dismissed, were it not of such good use as a weapon in the armoury of those who would silence critique of Islam by Muslim dissenters and apostates. It exemplifies the very sinister nature of cultural relativism, and how some critiques of secularism so often strengthen the most reactionary of forces within religious communities.

It is often little things said by apostates, liberals and secularists within a religion that 'provoke' a response from the conservatives and reactionaries. When non-Muslims who dislike secularism empathise with those who wish to silence dissenters, for emotional reasons, because of a kinship of instinct with those who are full of disquiet of the questioning of power and assumption that secularism enables, they collude with, and provide cover for those who wish to mete out divine responses to those who 'provoke' them. The 'moderate' believer enables the intolerance they claim to not be a part of 'true' 'compassionate' religion.

We must also ask in response to this, when will believers acknowledge that the compassionate, pluralistic, tolerant religion they claim to be the 'true' form of their faith has been imagined because of the processes of secularism and the questions that secularisation asked of religious authority and bigotry?

The reaction of silencing and coercion in response to questions that we 'provoke' from the religious often doesn't come from the fundamentalists, but from the 'moderates' who don't want these questions asked at all.

It is hard to find any evidence of self-awareness by Armstrong about how her argument segues into apologetics for bad religious ideas, abuse of authority and oppression. Instead, the logic of her argument ultimately leads to the idea that to oppose atrocity and oppression is to create atrocity and oppression, and so silence of conscience, and a retreat of secularism is the ideal response to religious intolerance. Dissenters, critics and apostates are thus positioned as the cause of the problem. The victims are blamed for their victimisation.

The existence of the secular space empowers us to ask questions of Islam, to break taboos and oppose oppressive and bigoted ideas that hold divine authority to be absolute. The idea of secularism liberates us. The solidarity of secular minded people everywhere strengthens us. This is why many people critique the existence of the secular space. This is why reactionaries and their apologists would seek to stigmatise solidarity between secularists.

The secular space allows all of us to ask questions that need to be asked, to allow no special privilege to divine authority, and to support free conscience. Vigilance in its defence is what strengthens its virtues. And we are aware that it is not just violent fundamentalists who are full of disquiet and resentment that the secular space exists at all.

al-Razi is a member of the Ex-Muslims Forum, an online group for secularism, freedom of conscience and free speech. The views expressed in this article are those of the author and do not necessarily represent those of the NSS.

See also: Is religion to blame for war? A discussion between Karen Armstrong and Peter Tatchell.