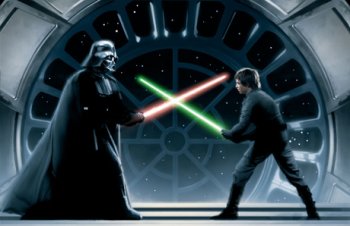 Both media commentators and politicians seem keen to claim religion as a cause for good deeds but determined not to acknowledge it as a contributing factor to bad ones, argues Alistair McBay.

An article in the Scotsman in May by Joyce McMillan ran with the headline "Religion mustn't cause violence".

It reviewed the plight of the Christian girls in Nigeria captured by Boko Haram and sought an explanation for the "pseudo-Islamic" rationale the terrorists used to justify their violence and "ferocious misogyny". McMillan claimed this rationale tried "to make itself strange and fearful by calling on invented gods and twisting religious language to serve its own deepest impulses of violence, resentment, and hate."

Religion, she claimed, could not be the cause of their violence or abuse "otherwise there would be no accounting for the millions of religious believers worldwide who quietly get on with the work of peace, community-building and social justice, co-operating with those of other faiths, and none."

So if we can't blame religion as a cause of bad deeds, can believers lay claim to it as the cause of good deeds, and good deeds only? Our Prime Minister and Minister for Faith do just that. They believe religion imbues a sense of moral purpose and want to infuse our politics with religious ideals and values, albeit notionally Judeo-Christian in origin and practice. Yet anyone who has read the Bible or the Koran knows there is nothing 'pseudo' or 'twisted' about interpretations of scriptures that lead to conflict rather than peace. "Invented gods" may be invoked to justify both, as centuries of experience attest.

McMillan claims attributing violence and abuse to religious belief is a lazy way of distancing "us", the rational modernists from "them", the faraway zealots, and renders us militant atheists inspired by Richard Dawkins and "avid for proof that religion causes conflict wherever it goes." Evidence tends to suggest religion does just that, but McMillan says blame something else – usually that means culture, or tribalism, or economic deprivation, or a lack of education or a clash of political philosophies – anything but religion.

That "religion mustn't cause violence" was refreshed in the Guardian last week, in an interview with Nazir Afzal who leads the Crown Prosecution Service action against child abuse and violence against women and young girls. Afzal said of the recent Rotherham child abuse case: "It is not the abusers' race that defines them. It is their attitude to women that defines them."

Neither race nor religion were factors in the abuse, he claimed, saying the Rotherham men were not religious and in any case substance abuse and rape are forbidden in Islam. Forbidden they may be, but that didn't stop two of those convicted of similar crimes in Derby in 2010, both devout Muslims and family men with children of their own, becoming "vodka-swilling, cocaine-binging paedophiles who spent every available moment randomly targeting young girls on the street, befriending them, and then horrifically abusing them." According to Afzal, the abuse in Rotherham and presumably elsewhere (Derby and Rochdale, for example) was all about "male power". So, having ruled out race and religion as components of male power, what did he rule in? He didn't say. So where and in what cultural setting is this 'male power' developed and then expressed in this abusive attitude to women?

Channel 4's 'Pakistan's Hidden Shame' broadcast on 1 September claimed a third of men in Pakistan condone child sex abuse. In the documentary, the abuse of boys is rife. One man who said he had raped 12 boys claimed he was "deeply religious because I am a Muslim" but "we are helpless against our desire." The documentary records that psychologists claim the child abuse of young boys in Pakistan stems from the segregation of the sexes, where women are perceived as the inferior gender, rarely seen in public and with very few rights. It references a 2014 World Health Organisation report which places this gender inequality in the country at the very top of the causes of child abuse, and a Unicef report from 2010 which suggests Pakistan's "traditional cultural values" of purity and protection of women have contributed to Pakistani men using boys as the outlet for sexual frustration.

It is difficult to believe that religious belief and teachings have nothing to do with creating "traditional cultural values".

Afzal also blamed a deficit of leadership in some parts of the UK Muslim community, saying "They could be much more challenging of certain behaviours." But if as he says the Rotherham men weren't religious, then surely they were not part of that Muslim community and not subject to any influence from it. Can you still be a part of a religious community if you are not religious? What does he think a more outspoken Muslim leadership would achieve?

On that subject Mehmood Naqshbandi, who has advised the Metropolitan police on Muslims in Britain, told the Times on 8 September that most imams "know nothing much of Isis" and "would struggle to find Syria on a map". They communicated mainly in their mother tongue or "cringingly bad English" and were equipped only to argue about factional squabbles from the mid-19th century. Muslim youths grappling with their identity and beliefs were "left entirely to their own devices".

Labour MP Simon Danczuk, who helped expose a pattern of grooming of white teenage girls by men from a Pakistani background in Rochdale, said a culture of intimidation and closing of ranks within parts of the Asian community had been a problem for years and pointed to the way in which two Muslim councillors in Rochdale had provided character references for one of the perpetrators of the Rochdale abuse. Are these the same Muslim leaders of whom Nazir Afzal demands better leadership in the Muslim community to combat FGM, misogyny and child abuse?

These comments by Afzal and Naqshbandi beg a question about consulting community leaders, in this case almost exclusively male, for moral guidance. The very notion of a community leader promotes the belief that ethnic or religious identity defines an individual's views on all other matters, and the community leader speaks for all. One response to the Rotherham report identifies the serious under-representation of women in leadership positions as a key challenge. Sara Khan is the director of women's human rights group Inspire, which has been working closely with Muslim organisations. She criticised the traditional hierarchies that still govern many Muslim organisations: "In terms of dealing with issues around grooming, around violence, you fundamentally need far more women representation. The fact that these girls (in Rotherham) weren't believed demonstrates a culture of disbelief that I think comes from a male perspective."

We know that when religion is taken out of the private sphere and into the public arena, it immediately becomes political – how could it be otherwise? But is it right to suggest that any violence religious believers then perpetrate is faith-free and attributable to any factor but religion? Joyce McMillan and Nazir Afzal would have us believe that religion was neither cause nor contributor to the murder of Lee Rigby, or attacks in Bali, Madrid, London, Glasgow, Stockholm, Jakarta, New York, Nairobi and Boston, or the motivation of Isis, the Taliban, Al-Qaeda, Al-Shabaab and Boko Haram for their atrocities, or for the abuse of women and girls in Rotherham, Rochdale and Derby, or for the abuse of boys in Pakistan. Why not? Because that wouldn't explain why many other Muslims are peaceful and law-abiding, or because their religious texts forbid such behaviour. Presumably the Inquisition had nothing to do with religion either.

Even Prime Ministers can't decide how to front up to this question. Tony Blair commented in the wake of the 9/11 attacks that they had been carried out by "terrorists pure and simple", drawing fulsome praise from the Muslim Council of Britain for recognising these acts were not the work of "Islamic terrorists" or "Muslim terrorists", just plain terrorists.

Then came more atrocities committed by "terrorists pure and simple", and by the time London was attacked in July 2005 Tony Blair had changed his tune. In a speech to a Labour Party conference, recounting 26 violent Al-Qaeda episodes, he said the terrorists' motivation was "a religious ideology, a strain within the world-wide religion of Islam, as far removed from its essential decency and truth as Protestant gunmen who kill Catholics or vice versa, are from Christianity. But do not let us underestimate it or dismiss it. Those who kill in its name believe genuinely that in doing it, they do God's work; they go to paradise."

But in September 2013, David Cameron turned the clock back to mimic the Blair of 2001, stating of the Al-Shabaab attacks in Kenya and all the others before: "These appalling terrorist attacks that take place where the perpetrators claim they do it in the name of a religion – they don't. They do it in the name of terror, violence and extremism and their warped view of the world. They don't represent Islam or Muslims in Britain or anywhere else in the world".

Of course the Taliban, Al-Qaeda, Isis and their violence, or the actions of Pakistani child abusers in Rotherham, Derby or Pakistan, no more represent Islam than the late Fred Phelps and his Westboro Baptist Church represent Christianity. But does that mean religion isn't a significant contributing factor to their "warped view of the world"?

Alistair McBay is the NSS's spokesperson in Scotland. The views expressed in this blog are those of the author and do not necessarily represent those of the NSS.